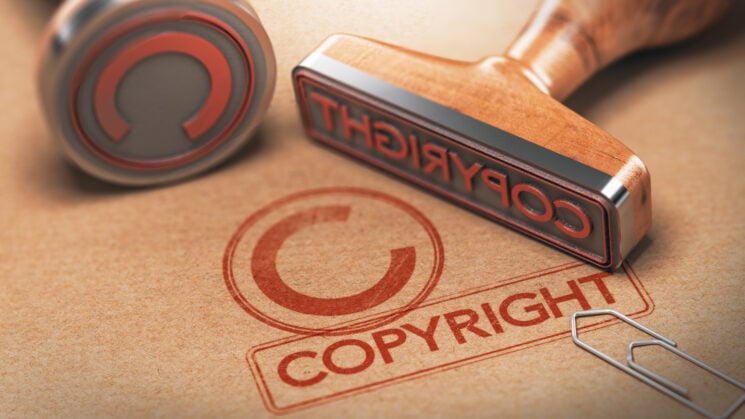 There’s a joke saying that the most common lie in the world is “I have read and understood Terms and Conditions.” Well, misunderstanding terms and conditions could cost a student newspaper team thousands of dollars.

A student media group reportedly used a photo from a popular Creative Commons website to illustrate their article. However, the photographer who took the image claims it was copyright infringement and is suing the newspaper for over $5,000.

SPLC writes that the student newspaper was writing about COVID-19. They needed a photo to illustrate the article, like most of us do nowadays. The image in question was that of a generic medical syringe, and the journalists claim that they found it “on a popular, legitimate CC site.” According to SPLC, this website only requires that the image correctly be attributed to the photographer, which is what they did.

However, they didn’t read “the fine print.” A caveat was hidden in the license agreement, requiring that users also link to a specific page on the photographer’s website and include licensing terms in the photo’s file credits. The journalists failed to do it, so the photographer is now demanding over $5,000 for the image use.

SPLC calls these photographers “copyright trolls,” adding that they “use new technology to search the Internet for unauthorized uses.” They note, however, that these “traps” are usually legal, so I believe that there isn’t much the newspaper can do but pay up.

The problem with Creative Commons websites

As a journalist and a blogger myself, I have used thousands of photos from various Creative Commons websites. You can rely on CC0 websites like Unsplash, Pixabay, or Pexels, to name just a few. There are plenty of photos to choose from, and you can attribute the author, but you’re not obliged to.

The problem is, however, that people sometimes upload stolen photos to these free websites. So, you download an image assuming that it’s free to use, and then get contacted by a photographer who had never uploaded the image to a CC0 website. There are even worse cases when people steal photos and make a profit by selling them on stock websites. I’ve seen that happening as well.

There are also Creative Commons websites like Wikimedia Commons or Flickr. Here, you can find photos that aren’t CC0 but you can use them non-commercially under certain conditions. Whichever the license is, you need to read its requirements before uploading the image.

Even though SPLC doesn’t disclose which website the student newspaper used to download the image, it seems to me that it was one of the latter. In this case, I think it’s the journalists’ mistake that they didn’t read the requirements thoroughly before uploading the image. So, in case you ever need to use Creative Commons photos, make sure to carefully read all the terms and conditions, for real!

Newspaper Navigator is a free online base of 1.56 million newspaper photos

« Instagram adds AMBER Alerts for missing children to your Feed
The camera that shot the first spacewalk could be yours, starting at $3,000 »