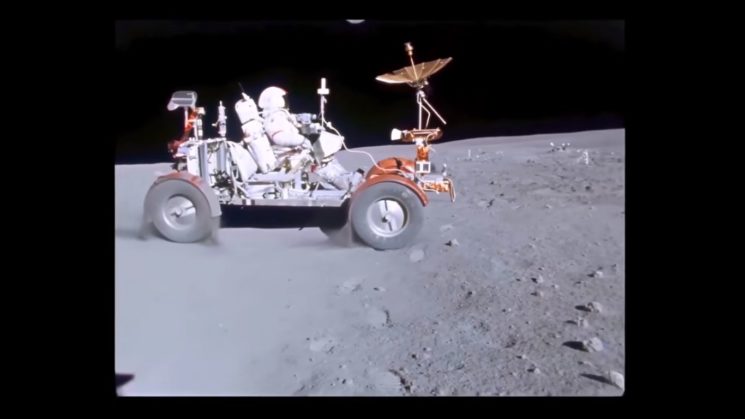 NASA’s Apollo missions have left us with some iconic images and videos. One of these videos shows astronaut John Young as he was testing out the electrically powered lunar rover during the Apollo 16 mission. Denis Shiryaev took this video and gave it the same treatment as he did to a few other iconic videos. He upscaled it to 4K and colorized it, giving us an immersive, awe-inspiring experience.

The video was captured in 1972 by astronaut Charlie Duke on 16mm film. He filmed his colleague John Young as he was driving the rover over the craters and sandy surface of the moon. “Charlie was none too steady as a camera operator,” Apollo 16 – Apollo Flight Journal explains, “so in this version, his footage has been given some stabilisation.” Here’s the original (stabilized) footage of the ride, and this is the one Denis used for his experiment:

The original video has been synchronized with the air/ground audio. Denis left this sound, but polished it up a bit, and added some fantastic background music. As for the video, he used AI to upscale it to 4K/60fps. He also added it a splash of color, again thanks to neural networks. The result is pretty impressive, and in technical terms, I think this is my favorite so far. Check it out above, and make sure to follow Denis on YouTube for more of his work.