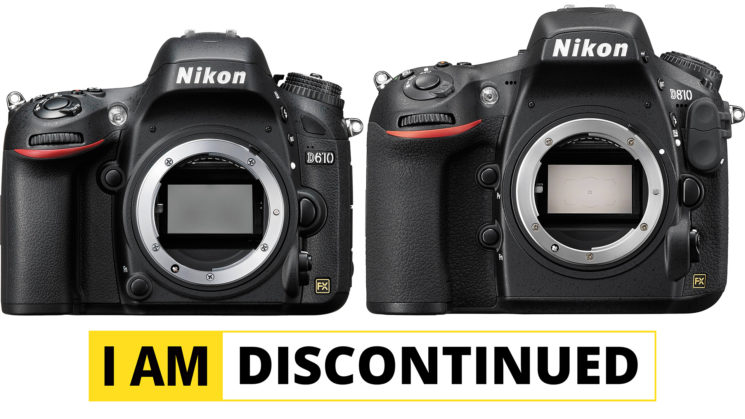 According to the Nikon Japan website, both the Nikon D610 and Nikon D810 DSLRs have now been officially moved over to the discontinued list. Rumours of the D610 not seeing a replacement model go back as far as last December, and with it being added to the discontinued list now without a new model being announced, it looks like this is the end of the line for the D6x0 series bodies.

The Nikon D810 has also been discontinued, which isn’t much of a surprise. While the D810 is still a pretty formidable camera, many have switched the D850 or the Z7 (essentially a mirrorless continuation of that line), so dropping it is pretty logical in this case. 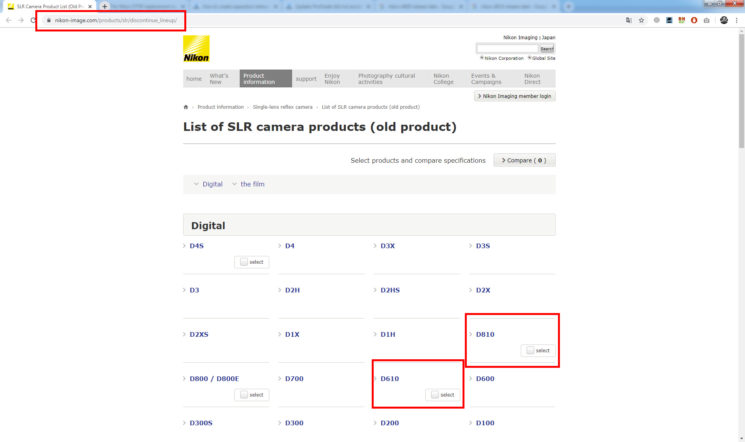 Both cameras have had a pretty good run, though. The Nikon D610 was hurriedly released in 2013 to replace the debacle that was the Nikon D600, released the previous year. The D600 was subject to a number of service advisories and recalls, with many D600 owners receiving D610 bodies in return after shipping their D600 off to Nikon for repair after the Chinese government ordered Nikon to stop selling the D600.

The Nikon D810 was released in 2014 and was seen as a rather nice update to 2012’s D800, and to this day remains a popular choice for many photographers, particularly landscape and astrophotographers. While not currently showing as discontinued in other parts of the world, neither Amazon nor B&H have any new models in stock, offering only used or refurbished units.

Likewise, the Nikon D610 is only available used on Amazon, although B&H does have some new units available in a heavily discounted kit including the Nikon 50mm f/1.8G AF-S lens, the MB-D14 grip and WU-1B WiFi adapter. It’s listed as a “Cyber Week” deal, with an $1,100 reduction, bringing it down to around $900, but I wouldn’t be surprised if this price sticks until they sell out of stock to free up space on the shelves.

So, it probably won’t be long before the rest of Nikon’s global sites catch up and also list it as discontinued.

With rumours of a D750 replacement on the way, that should keep the entry-level full-frame DSLR customers happy. But with the lack of dual card slots in Nikon’s current range of mirrorless cameras, the D810 might prove to be quite popular in the used market for many working photographers looking to pick up a higher resolution body.