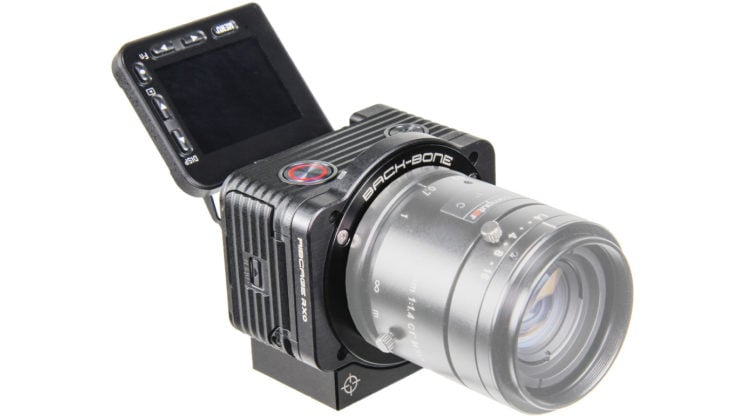 Their latest release is the elegant monster you see above, the Ribcage RXo II. It’s essentially a Sony RX0 II converted to accept Micro Four Thirds or C-Mount lenses, and boy does it look like it’d be fun to play with.

The Sony RX0 II is a $700 action camera. It’s the followup to Sony’s original RX0, but comes with some significant upgrades, like a tilting LCD, Eye AF, electronic image stabilisation, and waterproofing. The Ribcage RX0 II modification does remove the last of those features, but it’s able to offer everything else while letting you mount pretty much any lens you wish.

The Rigcage RX0 II comes in two flavours, either MFT mount or C-Mount. But this is a passive mount. You get no control over the aperture or any other electronic communication between the camera and lenses. But, because it’s MFT, with a short flange distance, you can use your manual adapters and speed boosters to use Nikon, Canon, M42 or other mount lenses on there that still allow you to get full control over the lens settings. 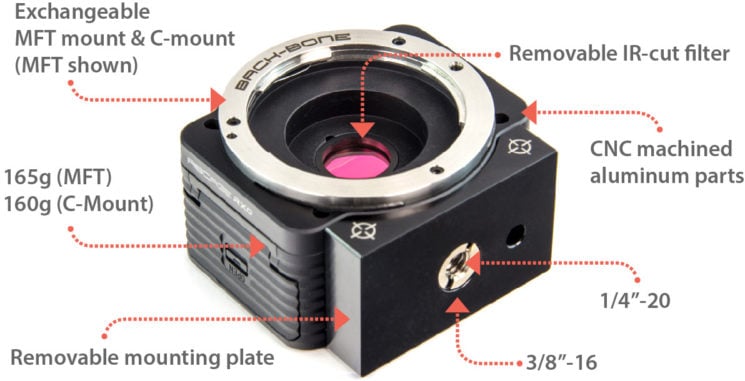 While the video above shows footage from their RX0 version of this modification, and not the RX0 II, the benefits of being able to add other lenses to this tiny little camera are obvious, particularly being able to shoot up to an insane 1,000 frames per second. You can control up to five of these from your smartphone, too, or you can hook each camera up to a Sony CCB-WD1 Wired Control Box and control up to 100 of them at once with single-frame accuracy.

These modified cameras don’t come cheap, though. The standard Sony RX0 II is currently available for just under $700. The Ribcage RX0 II costs double that, at $1,399, although it appears to be on sale at the moment, showing a $1,299 sale price with an extra 15% off for a limited time. This makes it around $1,105 total.

That’s still a $400 increase over the standard camera, but when you consider what it allows you to do, that doesn’t sound that bad at all. I’d still love to have a good play with one of these, although I doubt enough of them will ever be made that they’ll come down to a price I can justify for my own needs, even on the used market.

How about you? Would you buy one of these crazy little cameras?