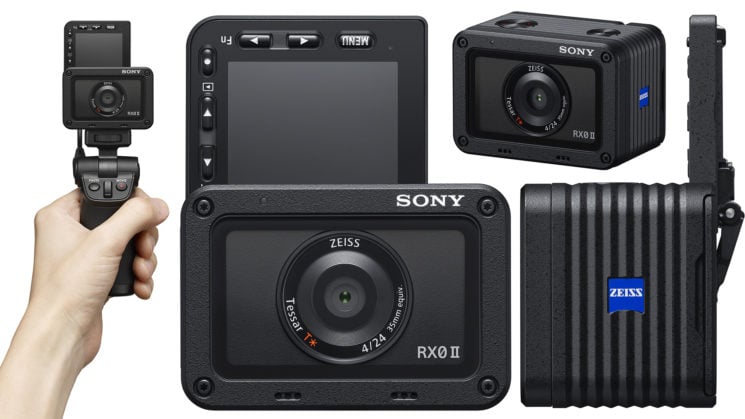 Released in September 2017, the original Sony RX0 was a very impressive camera. It offered 4K 4:2:2 video via HDMI, timecode sync for multiple camera setups, could capture 1080p bursts at up to an insane 1,000 frames per second with a 1″ sensor, and it came in a super rugged water, shock and crushproof body.

The new RX0 II ups the game with a new 15.3MP 1″ stacked CMOS sensor, internal 4K recording with stabilisation, shutter speeds up to 1/32000 sec, 16 frames per second stills shooting, microphone socket and that 1,000 frames per second thing? Yeah, it can do that at 4K now.

From the front, the two cameras don’t look like they’ve changed much at all, really. They still share the same 24mm f/4 equivalent Zeiss Tessar T+ lens and have the same overall case design.

But inside, things have changed quite a bit. The 21MP 1″ sensor of the RX0 has been replaced with a slightly lower resolution 15.3MP 1″ sensor. This might sound like something of a downgrade, but it’s not really if you’re a video shooter. It means larger pixels, which when combined with a newer level of tech, should help with low light performance. It also seems to mean that the RX0 II can now record 4K 30fps video internally with no pixel binning – something which the original RX0 could never do, even if it could output it over HDMI.

The RX0 II is also compatible with the recently released Sony Imaging Edge mobile app, although to what level of compatibility is unclear. The release I have says that it allows footage to be transferred to a smartphone and you can control up to five RX0 II camera simultaneously using the app. Or 5-50 cameras via a new access point scheduled for release in Summer. 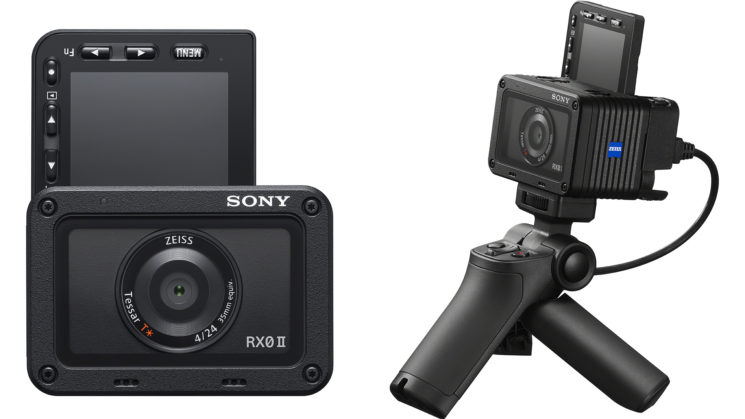 One of the obvious markets for the new RX0 II is the vlogging crowd. It now features built-in stabilisation, although it is electronic, not optical. But it also features a flippy up LCD, along with a microphone socket. The 24mm equivalent focal length should be ideal for this use, and with such a light camera it’ll be a breeze to carry around with you all day. 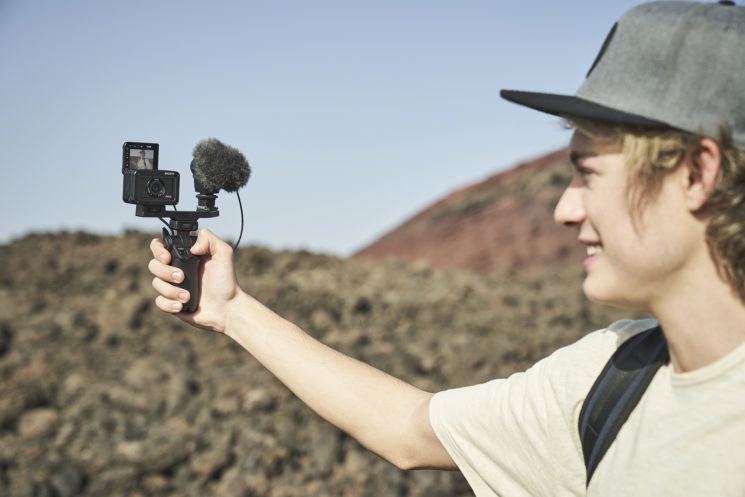 But vlogging isn’t the only thing the RX0 II is good for. Its more serious uses are also quite obvious. Like its predecessor, the RX0 II offers uncompressed 4K output through HDMI, and 1,000 frames per second super slow motion. It can also simultaneously record low-resolution proxy files, offering S-Log2 as well as Time Code features for matching multiple cameras.

It also features an “Anti-distortion Shutter” with speeds up to 1/32,000 of a second and 16fps stills. The colour reproduction has also been enhanced to offer a more natural look of human skin. It also features an (optional, don’t worry!) “Soft Skin Effect” to cover minor blemishes and wrinkles. Sony’s Eye AF has also been upgraded on the RX0 II to offer faster speed and accuracy. There’s no mention of it getting Animal Eye AF, yet, though.

The Sony RX0 II will be available to pre-order soon for $698 and is expected to ship in April.

As action cameras go, it’s still on the pricey side. But with the new features over the original Sony RX0, it seems like it could be well worth it, depending on your needs.