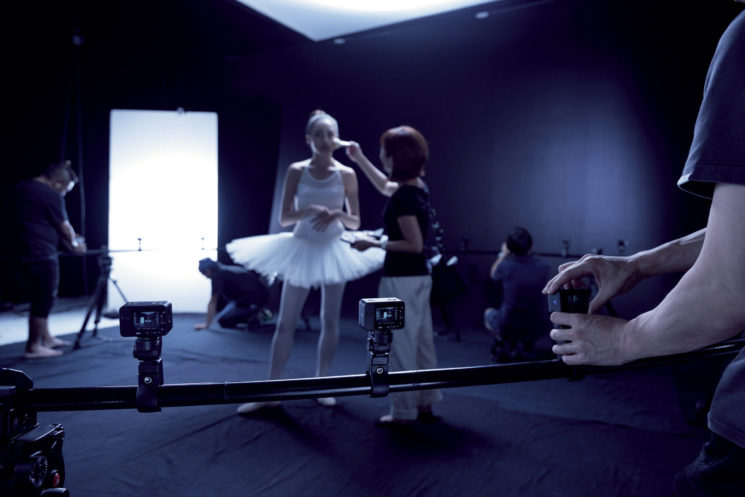 It’s not often a piece of new kit leaves me lost for words, but the new Sony RX0 action camera has left me kind of stuck. It’s as revolutionary to the action camera world as the original GoPro was. And oh boy does it look good. On paper, at least.

Sony appear to be sending action cameras upmarket with the RX0, offering features that GoPro users could only ever really dream of. Clean uncompressed 4K HDMI output, 1080p at up to 1,000fps, and wireless timecode sync for multiple cameras. It also features a 1″ sensor, massively larger than those typically found in action cameras. These are pretty incredible features.

It’s clear that Sony are taking aim at the more professional end of the action camera user market. This isn’t the kind of camera you might buy for filming your kids on holiday in the pool – although it’d probably be fantastic for it. This is for high end sporting events where you might want to capture & sync cameras on multiple participants simultaneously. Or concerts with cameras attached to each instrument.

Of course, you could use it for any other scenario where multiple cameras would be beneficial, too. As well as multicam coverage of an event, there’s all kinds of opportunities for things like bullet time style effects. Or 3D scanning through photogrammetry. Being able to sync up a whole bunch of cameras over WiFi at 1,000 frames per second offers up all kinds of creative options.

It also has a pretty interesting lens choice compared to most other action cameras. Would one expect the field of view to be even wider than your typical action camera given the size of the unit. But no, whereas most action cameras offer a field of view equivalent to about a 12mm lens on a full frame camera, this one is closer to 24mm. A much more “normal” view. 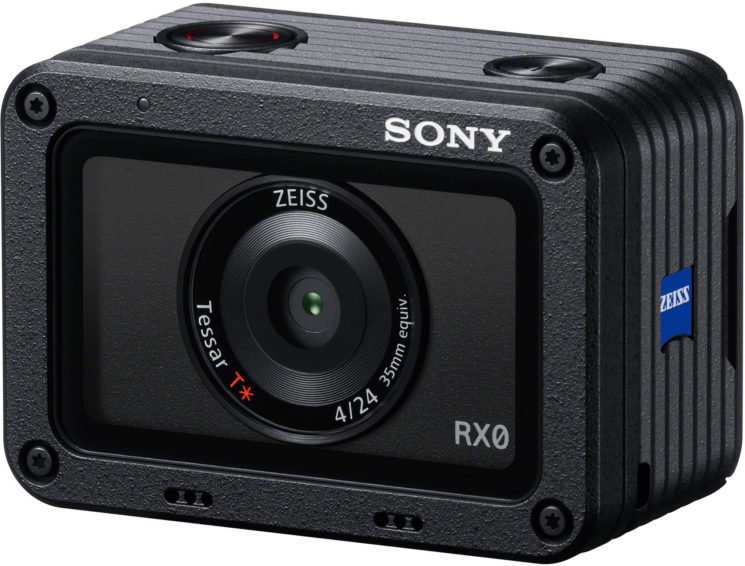 The RX0 offers shutter speeds all the way from 1/4 of a second up to 1/32,000th, with a photo and video ISO range of 125-12,800. Although it appears there’s no manual control over the ISO. Exposure metering is done via centre-weighted, spot or multi metering mode. There’s high speed movie, manual, P mode, “Intelligent Auto”, and it shoots up to 5.5fps with a 16 shot per second burst mode.

What really intrigues me about this camera, though, is the 4K clean HDMI output. People don’t typically use Action cameras in places where external recorders are viable. You’re certainly not going to drag an Atomos Shogun Flame into the local swimming pool. It’s unlikely that you’ll be strapping one to your helmet as you ride your bicycle, either.

With the fixed focal length, I’m not entirely sure how useful this feature will become. But we’ll see. I am curious to see what people do with this. This camera also doesn’t come cheap, either. At $699, it’s substantially more expensive than a GoPro Hero 5. But, it does offer so much more.

I really am keen to see what type of people buy this camera and how it’s used. On paper, I want one. Hell, I want a dozen. But in the real world, I don’t know how much tangible benefit I’d get from it over the action cameras I already have. 1000fps would sure be cool, but I’m still not entirely sure about the clean HDMI output. Sony might be trying to pack too many features into this little camera, and pricing it out of the market.

The new Sony RX0 is available to pre-order from September 5th, and is expected to start shipping in October.