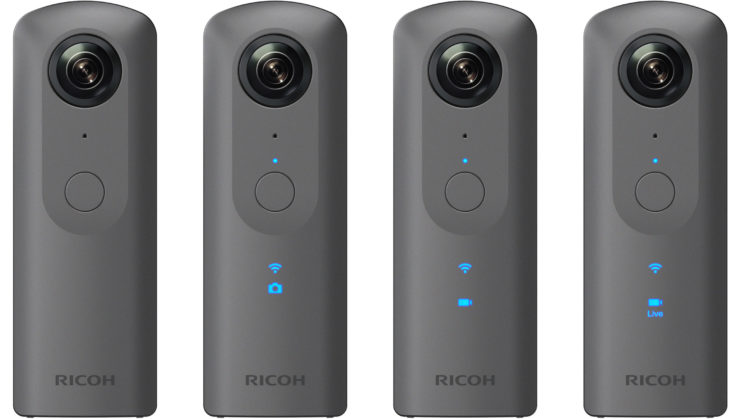 It’s been a long time coming, and one of the things that’s put many off buying into Ricoh for their 360° needs. The Theta S was, undoubtedly, a fantastic little 360° camera. But the lowly 1080p resolution was a big deal breaker for many. With other manufacturers coming out with their own 4K 360° cameras, Ricoh needed to catch up quick. And it looks like they finally have.

The Theta V shoots both 4K UHD 360° video as well as 12MP still photographs. As well as pre-recorded video, it also supports 4K streaming. It doesn’t state to which platforms it can live stream, but presumably at least the standard Facebook and YouTube. It also contains a built in 4 channel microphone, to provide “surround sound”. 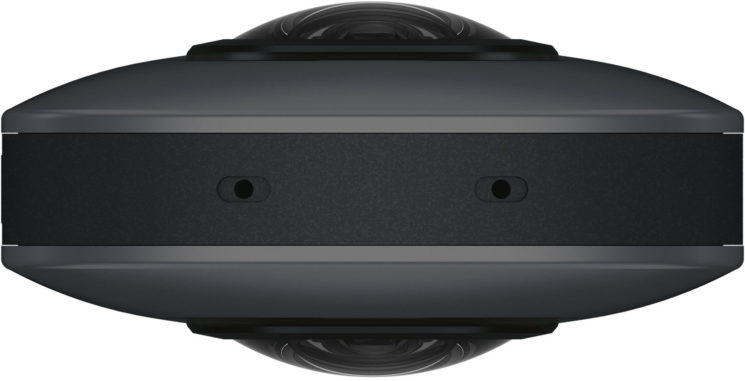 Ricoh kicked off the Theta line in 2013, and it immediately became the primary choice for those wishing to acquire a 360° camera. It’s lagged behind a little, and I hear of few recommending them today. But that tide may be about to change once again. 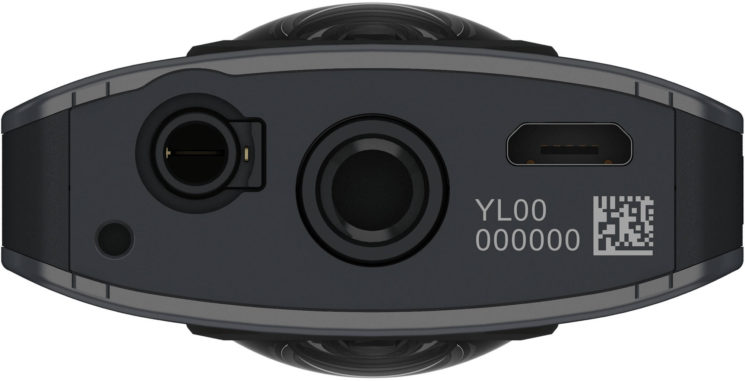 Underneath the Theta V is a 1/4-20″ tripod socket, a microphone input, and a Micro USB socket. Surprising that they didn’t go with Type C when other companies have started to adopt it as standard.

I’d actually been considering picking up the delayed YI 360VR camera once those became available, which offers 5.7K capture and 2.5K streaming. Now, I think I might have to reconsider that choice.

The Theta V is available to pre-order now for $429.95, and shipping is expected to begin September 24th.