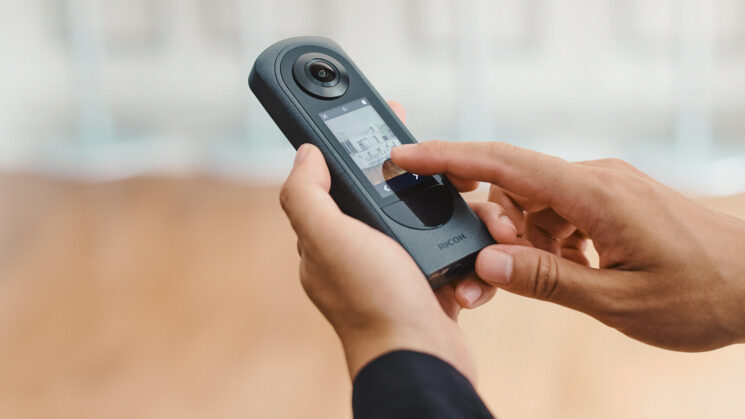 Ricoh has today announced the new Ricoh Theta X 360° camera. Like the rest of the Ricoh 360° range, the Theta X is an all-in-one camera featuring a pair of lenses and sensors. It seems to represent a pretty big step up from previous Ricoh Theta cameras in terms of user interactivity, thanks to a great big new 2.25″ touchscreen display that lets you preview your shot (a Ricoh Theta first!) and better smartphone connectivity.

As well as the new touchscreen display, the Theta X brings along with it a couple of other firsts for Ricoh – although they are features that the competition has had for a while now. The battery is replaceable, so you’re not reliant on just an internal one. Swap out whenever you need. And while it still features internal storage (~46GB) it also sports a microSD card slot.

Like the Ricoh Theta Z1, the Ricoh Theta X utilises an Android-based OS, which offers a lot of potential versatility. 3rd party app developers can expand the functionality of the camera through their own applications and the large touchscreen display (something the Z1 doesn’t have), similar to that found on the also-Android-powered Pilot Era, makes it easier to interact with.  Unlike the Theta Z1, though, it doesn’t appear to have those big 1″ sensors. They don’t specify exactly how big the sensor are, but if they were 1″, I think they’d be making a big fuss about it in their marketing and the product page. 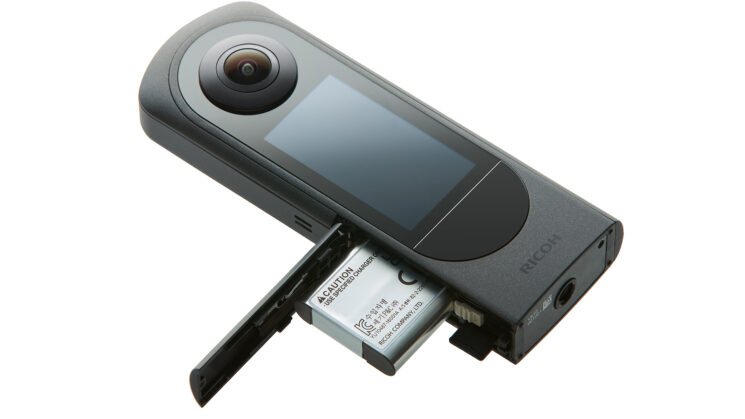 Despite not mentioning what sensors are being used, the Theta X shoots some pretty big images with a resolution of up to 11,008 x 5,504 (around 60-megapixels). For video, though, the resolution is a little lower at 5.7K at up to 30fps, although this still matches other similar cameras on the market like the Insta360 ONE X2. One thing it has that the ONE X2 doesn’t, though, is GPS for geotagging 360° photos – handy if you want to upload them to Google Streetview. 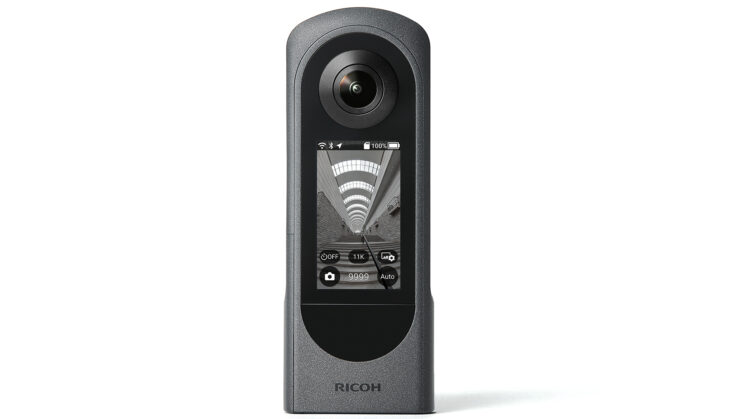 Smartphone connectivity has also been enhanced, with Bluetooth negotiation to log into the WiFi so you don’t have to mess around choosing SSIDs and entering passwords. Everything is housed in a magnesium alloy body for durability and heat dissipation – of course, if your camera lands on the lens or you leave it lying on a rough surface, that metal body isn’t going to help. Interestingly, the TL-3 lens cap to protect those lenses is an optional extra and not included with the camera. For what this camera costs, I think including the lens cap would’ve been a good idea. That being said, it does include a little stand (that’s also a tripod adapter) to minimise the need to lie it down on its side.

Spares of the user-replaceable DB-110 battery are available separately, letting you have several charged batteries that you can swap out as needed. Alternatively, Type-C power can be supplied continuously to the camera for prolonged use when filming or doing a live stream. You’re also able to preset the exposure and white balance before live streaming, too. Live streaming support comes in 4K or 2K flavours at up to 30fps. 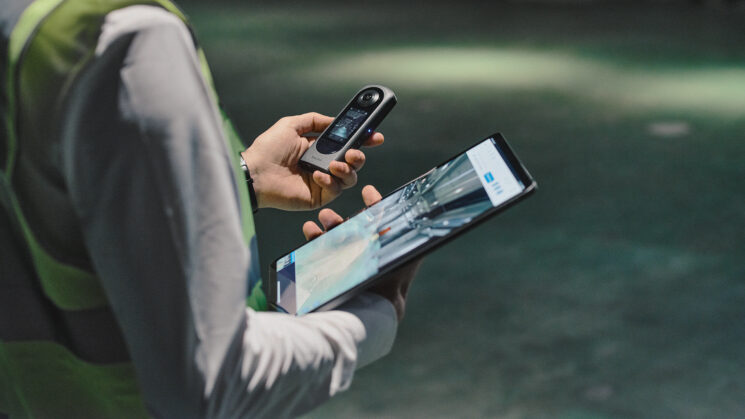 While it does offer some interesting qualities for 360° filmmakers, the Theta X seems to be heavily targeted towards industrial use (at least if the marketing photos are anything to go by). With a retail price of $799, I think it’s going to be tough to compete with the likes of the $429 Insta360 ONE X2 for more casual users, but for those customers where unique specs (like built-in GPS) is more important than price, the Theta X could win out.

Update: February 16th, 2022 – The Ricoh Theta X is now available to pre-order for $799. Shipping is expected to begin in March.