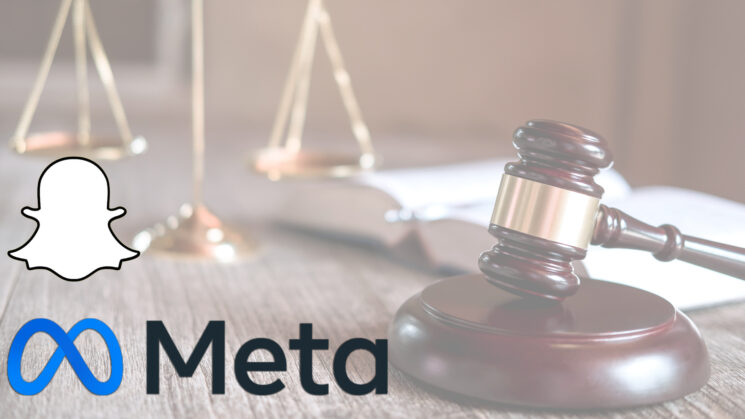 A Connecticut woman has filed a lawsuit against Snap and Meta, Facebook and Instagram parent company. The woman claims that Snapchat and Instagram caused a strong addiction in her 11-year-old daughter that eventually led her to take her own life in July 2021.

Tammy Rodriguez filed the lawsuit last month, claiming that the platforms are “responsible for causing and contributing to burgeoning mental health crisis perpetrated upon the children and teenagers in the United States.” Specifically, Ms. Rodriguez and her attorney claim that Instagram and Snapchat addiction contributed to the death of 11-year-old Selena Rodriguez, due to her “exposure to Defendants’ unreasonable dangerous and defective social media products.”

The lawsuit reads that Selena had struggled for more than two years with an extreme addiction to Instagram and Snapchat before taking her own life on 21 July 2021. Although it’s technically not allowed for kids under 13 to join Instagram, there’s no really a way for the platform to check how old you are when joining.

Selena’s mother Tammy claims that she attempted multiple times to reduce or limit Selena’s use of social media. However, this would allegedly cause “a severe reaction” by Selena due to her addiction. Since neither Instagram nor Snapchat has parental controls, the only way for Ms. Rodriguez to limit Selena’s access to social media was to physically confiscate her phone or other devices. However, this would only cause Selena to run away and access her social media accounts on other devices, according to the lawsuit.

Furthermore, Selena’s mother claims that she tried to get her daughter mental health treatment on multiple occasions. “An outpatient therapist who evaluated Selena remarked that she had never seen a patient as addicted to social media as Selena,” the lawsuit reads. “In the months leading up to Selena’s suicide, she was experiencing severe sleep deprivation that was caused and aggravated by her addiction to Instagram and Snapchat, and the constant 24-hour stream of notifications and alerts Defendants sent to Selena Rodriguez.” Furthermore, the lawsuit claims that she was even hospitalized for emergency psychiatric care. She experienced “worsening depression, poor self-esteem, eating disorders, self-harm, and, ultimately, suicide.”

Needless to say, this story is absolutely tragic and my heart goes to Selena’s family. And I believe that most of us are aware of how harmful social media is to kids and teenagers, even young adults. And yet, Meta had a “brilliant” idea of making Instagram for kids, which wasn’t accepted well by lawmakers and the public. It has been suspended (at least for now) and now Instagram even reminds you to take a break from scrolling. I’m not really sure that’s enough, though.

Even Tammy Rodriguez’s attorney claims that the design of social media is “akin to a slot machine.” She adds that it’s “marketed toward teenage users who are even more susceptible than gambling addicts to the variable reward and reminder system designed by Snap.”

“The system is designed to reward increasingly extreme behavior because users are not actually aware of what action will unlock the next award.

Instagram, like Snapchat, is designed around a series of design features that do not add to the communication utility of the application, but instead seek to exploit users’ susceptibility to persuasive design and unlimited accumulation of unpredictable and uncertain rewards, including “likes “and “followers.” In the hands of children, this design is unreasonably dangerous to the mental well- being of underage users’ developing minds.”

If you or anyone close to you suffers from depression or is experiencing suicidal thoughts, please seek professional help: