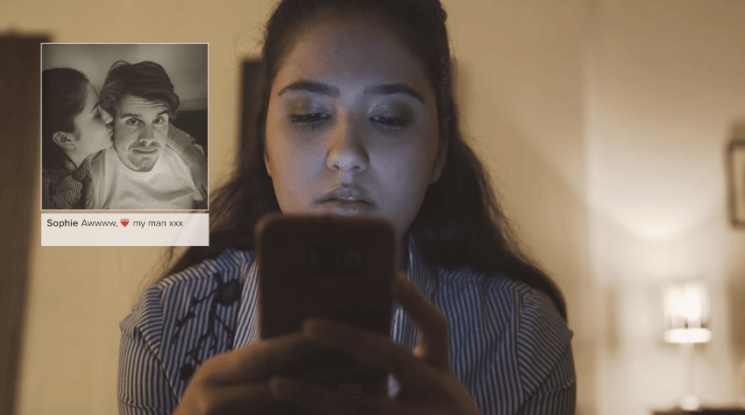 Many artists use Instagram to promote their work and even book sessions. However, there are probably even more teenagers who use this social network for presenting themselves – the fake version of themselves. Anti-bullying organization Ditch the Label has explored the connection between social networks and bullying. In their Annual Bullying Survey 2017, they concluded that Instagram is the number one social network when it comes to cyberbullying.

The survey was conducted in collaboration with schools and colleges, and it’s described as “the largest benchmark of bullying in the United Kingdom.” It’s published annually, and this year included 10,000 volunteers aged 12 to 20.

The first part of the study has explored bullying in general, and the influence it had on the subjects. The majority of them have developed social anxiety, depression, or had suicidal thoughts. And the most common causes of bullying involved appearance (as much as 50%), attitudes towards interests and hobbies and attitudes towards the high grades.

The second part of the study has researched cyberbullying. It reports that 69% of the surveyed people have been engaged in some form of the abusive online behavior. One out of two reported that they have experienced the cyberbullying in some of its forms. When it comes to social networks where the bullying occurred, Instagram takes the highest percentage, as 42% of all the bullying has happened on this network. Facebook is the second with 37%, and Snapchat is the third with 31%.

According to the subjects themselves, social networks don’t do enough to prevent cyberbullying. As much as 71% of them have this opinion. And frankly, I would have to agree with this, considering that 12-year-olds were involved in the survey.

According to Instagram’s Terms of Use, you are not allowed to use this social network if you are under the age of 13. Yet, the highest percentage of subjects (23%) is 12 years old. So while Instagram makes sure to delete fine art photos that happen to show a boob, they don’t really follow their own terms of use when it comes to underage kids creating profiles.

Although Instagram was initially designed with a different ide in mind, it began evolving with age and has been involving more and more of different people. On the one hand, there are photographers showcasing their work, which can certainly be a good thing. But sadly, the other part of this social network is a growing playground for cyber bullies, the never-ending chase for likes, and a place where even the 12-year-olds (and younger kids) can start developing a completely wrong image of themselves and the world around them.

In the future, I hope Instagram, along with other social networks, will develop the methods for verifying the users’ age. And of course, I hope that the parents will get more involved and talk to their children about the advantages, but also the dangers of social media.

[The Annual Bullying Survey 2017 via DPReview]

Follow these five tips to boost your photographic self-confidence