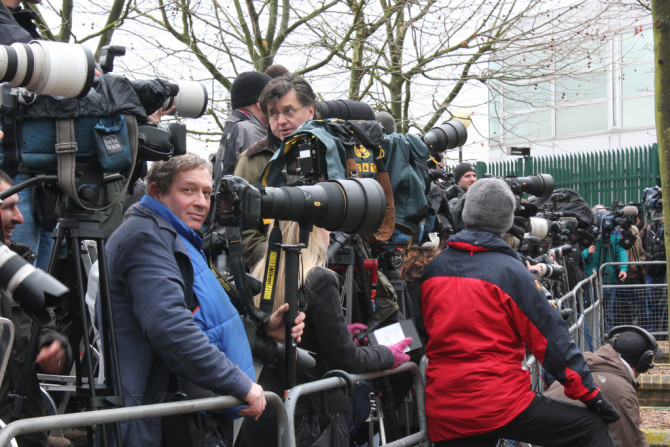 Have you ever wondered how you compare to other news photographers? Perhaps you’ve felt that you’re earning less than your colleagues or that your occupation is especially dangerous?

Titled “The State of News Photography: The Lives and Livelihoods of Photojournalists in the Digital Age”, the study’s states that “the image is a central and vital component in modern communication. Yet the photographers who are responsible for making, processing, and disseminating professional pictures on a daily basis have rarely been studied”.

“Who are they, where and how do they work, what rewards do they receive, and what problems and risks do they face?” are some of the questions the report aimed to answer.

Based on an online survey of 1,556 professional photographers from over 100 countries who entered the 2015 World Press Photo Contest , the report is said to be the first international survey of its kind on such a large scale, and is intended become an annual report that will “track the changes and circumstances of professional photojournalists and to examine the impact of the digital era on their lives and livelihoods”.

The authors looked into the identities, working conditions, practices, technology use, and ethics of a large number of photographers across the world, and below are some of their findings:

While they might be happy with their career choice, most have suffered from unauthorized of their photos without payment and a staggering majority of over 90% reported they felt “felt vulnerable to the threat of physical risk or injury at some point during their normal duties”.

Europe and North America were, unsurprisingly, said to be the safest regions, while South America, Central America and the Caribbean are the most dangerous.

Another interesting finding was that while 76% of photographers consider photo manipulation by adding or removing content a serious problem, 64% will ‘sometimes’ or at least half the time stage images. I wonder how many of those who stage their photos are part of the 10% that never alter the contrast, hue, tone or saturation of their RAW or in-camera files. I also wonder how many of the 10% know it makes no sense not to edit their files at all, but that’s a whole nother topic.

The report also found that most participants think that new complexities were added by digital photography, but most do not feel amateur photography constitutes a risk to their livelihoods. In fact, most are said to be neutral about it or even see it as a positive development.

When it comes to having an online presence, 63% say it is important or very important to have a personal website and over 50% say they always or often use social media. Only 11% of photographers never use social media as part of their work, and I can’t help but wonder if these are the same people that don’t alter their RAW files.

Another hugely unsurprising finding is that Facebook is the preferred social media platform for most photographers (68.6%), with Twitter (10.7%) and Instagram (10.4%) far behind. In fact, Facebook is so popular that 26% say it is their 2nd or 3rd choice. Google Plus members, if any still exist, must be in the remaining 6.1% of the “Other” category. 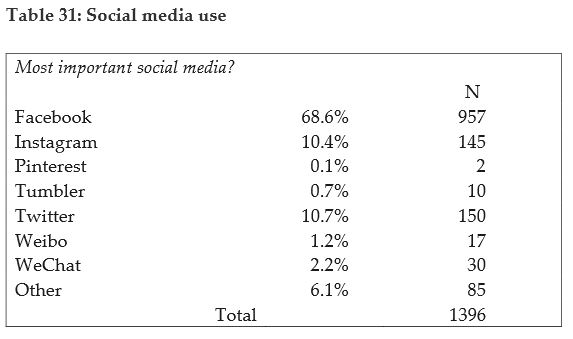 Further proving the importance of social media, three-quarters of the photographers say they’ve benefitted from it. 40% of say their benefit was non-financial as opposed to 23% that have received financial benefit from being on Facebook and other platforms.

Despite the low income, unauthorized use of images, industry challenges and the occupational dangers, photographers seem to be an optimistic breed. According to the report, two-thirds of the participating photographers said they were happy with their choice of livelihood and 55% are mostly or always positive about the future. A High degree of job satisfaction, creative expression and personal reward were also noted.

The full report is 76 pages long, but even a quick glimpse through it can yield a lot of interesting insights, some of which have not been covered here. For that reason, and since most of you are probably just spending the day on Facebook (now scientifically proven), check it out here.

[via PDN | Lead image, probably not straight-out-of-camera, by Dafne Cholet]

Photographers get exploited because they love their job, study finds

« 5 Tips To Use Dropbox for Small Business
Woman receives $117,500 in settlement after being arrested for recording police »