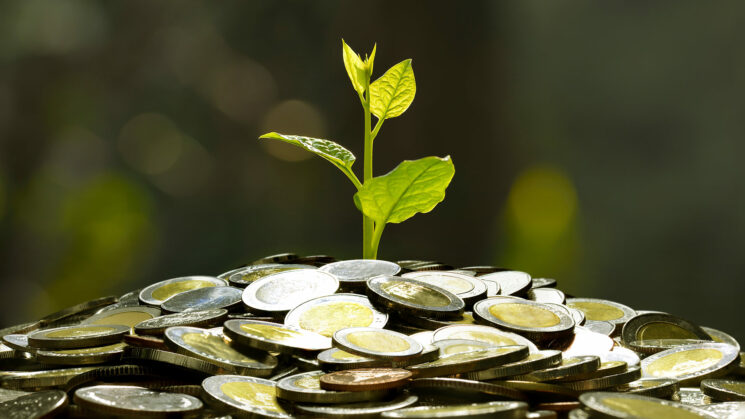 “Ethical consumerism” is defined as a type of “consumer activism”. The idea is that the concept of voting with your wallet to convince companies to adopt a more “ethical” approach to their product creation and general operating procedures. Supporting small-scale manufacturers and local artisans, protecting animals and the environment.

One such UK-based organisation on the topic is Ethical Consumer, which has been around since 1989 and rates companies based on how ethical they are. In a recent study of camera manufacturers, however, they found that there isn’t a single ethical camera manufacturer out there, recommending to boycott the lot and simply buy used.

The study was released at the end of 2019 but seems to have only recently been noticed by the photography world, where it was reported on by Inside Imaging. The two overarching means by which they’re testing the companies are its conflict minerals policy, which they say contributes to poor workers rights, pollution and funding armed conflicts, and its toxics policy, do their products contain potentially dangerous toxic chemicals?

On these grounds, they found that none of the companies they looked into was “ethical” by their standards, although some companies did far worse than others. Samsung (do they still even make cameras that aren’t inside smartphones?), Panasonic, Fujifilm and Canon, for example, all scored below 5 out of a possible 20 points.  Sigma scored the highest with a mere 9 out of 20, followed by Hasselblad, Pentax and Ricoh (they’re kinda both the same company) tying for second place at 7.5 out of 20. 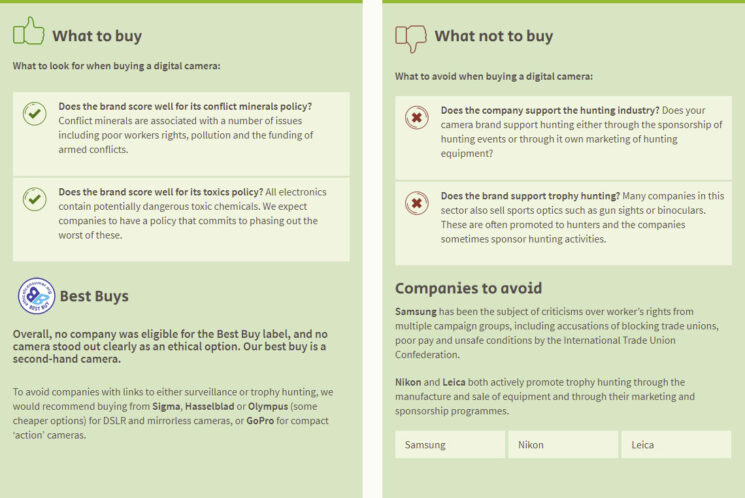 As well as the points mentioned above, manufacturers were knocked off points for other factors, too, like if they make and sell items that can be used for trophy or sport hunting, like gun sights or binoculars (that’s Nikon lost a few, then). Whether they manufacture equipment used in government surveillance (which is most of them) was another thing that would drop their point count down.

Ethical Consumer specifically suggest avoiding Samsung, Nikon and Leica, and if you just want to avoid companies with ties to trophy hunting or surveillance, you’ll want to look at Sigma, Hasselblad or Olympus. And if it’s action cameras you want, they say to go for GoPro – although the report doesn’t include any GoPro competitors, like DJI or Insta360 (who is also a Ricoh competitor).

On the “vote with your wallet” principle, though, they recommend avoiding all of them and to buy used equipment instead. Send your money to previous customers rather than the manufacturers to force them to change their ways if they want more sales.

You can read the full report here.

Personally, I’ll buy what gets the job done. New or used. How about you?