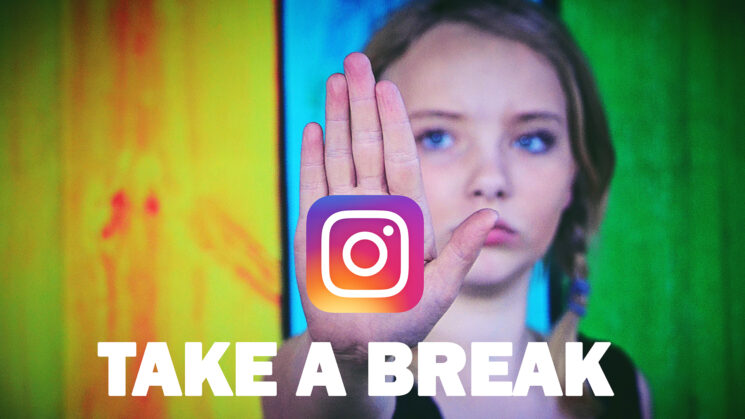 If you tend to spend too much time on Instagram, the app itself is now going to prompt you to take a break. Yes, I know how it sounds: even Instagram wants you to stop scrolling through Instagram so much.

This feature was initially announced in October after Facebook whistleblower Frances Hagen revealed some sensitive and concerning information about the company.  At the time, Facebook Vice President Nick Clegg said that Instagram would get the “Take a break” feature, but there was no word on when it would get implemented.

The new feature is now being tested among a certain number of Instagram users. As the Head of the company Adam Mosseri explains, this means that the new option is released for 1-2% of users. From their feedback, Instagram learns whether the feature is working, is it valuable, and is it breaking other things in the app. This way, Instagram can learn, improve new features, and eventually either shut it down or release it for everyone.

We started testing a new feature called “Take a Break” this week. This opt-in control enables you to receive break reminders in-app after a duration of your choosing.

I’m excited to dig into the results & hopefully launch this sometime in December. ✌? pic.twitter.com/WdSTjL6ZdH

As for “Take a Break,” you can opt-in and the feature will prompt you to take a break from Instagram after a certain amount of time. You can choose between 10, 20, and 30 minutes, or turn it off. If you set the reminders, you’ll still be able to ignore them and continue to use the app. But, it will remind you that it’s time for a break and suggest what you can do instead of mindlessly scrolling through your feed: “take a few deep breaths,” “write down what you’re thinking,” “listen to your favorite song,” or “do something on your to-do list.” As Instagram is one of my favorite procrastination tools, I definitely should use breaks to scratch something off my to-do list.

“Take a Break” is still in the test phase, but it seems pretty certain that it will become a part of Instagram and be available to everyone. Mosseri says that he hopes it will be launched sometime in December. Just in time to take a break from Instagram and finally buy and wrap those Christmas presents.