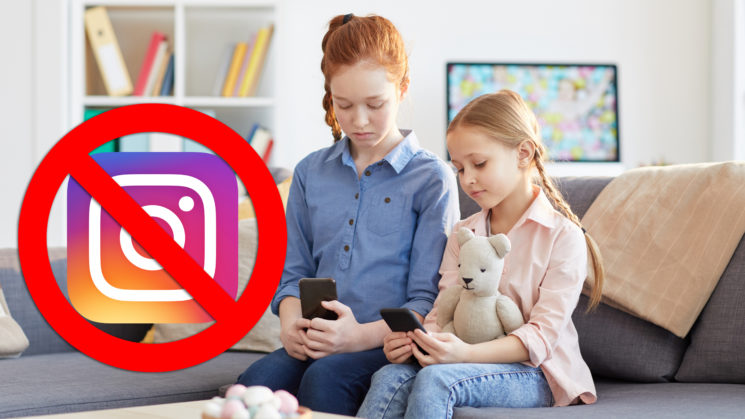 Facebook’s controversial “Instagram for kids” got under the spotlight again. The company’s own internal report has shown that Instagram has been causing mental-health problems in teenagers, especially girls, including even suicidal thoughts. After the report has leaked, Democratic lawmakers have started calling on Facebook CEO Mark Zuckerberg again to drop the project.

The Wall Street Journal reported on Tuesday that Facebook was well aware of the harm Instagram could cause to teenage girls. Instagram researchers had reportedly studied the impact of the app’s influence on its young users, and the resulting data was devastating.

“We make body image issues worse for one in three teen girls,” the researchers reportedly wrote in a presentation. It was intended for Facebook’s internal use, but the slides were obtained by the WSJ. According to one slide, 32% percent of teen girls said the app made them feel worse about their bodies. As if that’s not concerning enough, “13% of British users and 6% of American users traced the desire to kill themselves to Instagram,” the WSJ writes, citing the presentation.

Two top lawmakers on the Senate Commerce Committee’s panel over consumer protection have taken this case. Senators Richard Blumenthal and Marsha Blackburn said that they were in touch with “a Facebook whistleblower” and that they would do an investigation of the report.

“It is clear that Facebook is incapable of holding itself accountable. The Wall Street Journal’s reporting reveals Facebook’s leadership to be focused on a growth-at-all-costs mindset that valued profits over the health and lives of children and teens,” the lawmakers said. “When given the opportunity to come clean to us about their knowledge of Instagram’s impact on young users, Facebook provided evasive answers that were misleading and covered up clear evidence of significant harm.”

The devastating data reminded me of two extreme cases. In 2014, a young boy attempted to take his own life because he was reportedly dissatisfied with his selfies. A teenage girl took her own life in 2019 after her followers voted for her to do it on her Instagram poll. Thankfully, not all cases are this heavy, but it doesn’t mean that we shouldn’t take them seriously. Many kids and young adults suffer from body dysmorphia, and social networks only make it worse. This leads to a series of mental health issues: eating disorders, anxiety, depression, and in the most extreme cases: self-harm, suicide, and death.

The project has already been condemned by 44 US Attorneys General and the public. So, this isn’t the first attempt to shut it down before it even comes to be. Honestly, I hope that it works and that we’ll never see “Instagram for kids.” This “regular” Instagram is more than enough.

If anyone is struggling and needs someone to speak to, you can contact these helplines 24 hours a day, seven days a week:

Other international suicide helplines can be found at www.befrienders.org.

« Tamron 35-150mm f/2-2.8 and 28-75mm f/2.8 images and specs leak ahead of October announcement
How to photograph violins like the Stradivarius magazine »