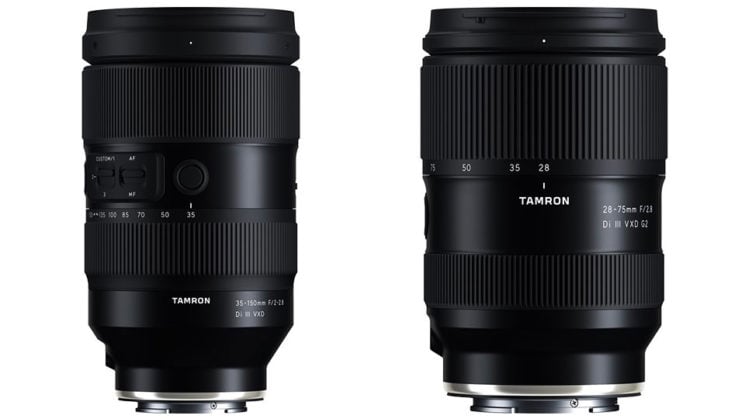 Last month, Tamron announced the development of a new 35-150mm f/2-2.8 Di III VXD zoom lens for Sony E-Mount. They claimed it to be the “world’s first mirrorless zoom lens with a maximum wide-open aperture of f/2”. Of course, it’s not and came with caveats, which seems to be the way with Sony stuff. Along with this lens, Tamron also announced the development of a 28-75mm f/2.8 zoom.

Both lenses are expected to be announced on October 28th, according to Nokishita. But that’s not all they said. They also posted all of the images and complete specs brochures for both lenses.

The Tamron 35-150mm f/2-2.8 Di III VXD is indeed the widest aperture zoom lens for Sony E-Mount, although there are wider aperture lenses out there for other systems. And it’s a full-frame lens, too, which offers a lot of versatility with such a long zoom range that lets you get both relatively wide and somewhat telephoto images.

It is, of course, a variable aperture, though, which will still potentially put some people off if they have to constantly adjust other exposure settings as they zoom in order to create consistent exposures. I expect most people will just set it to f/2.8 and leave it there unless they specifically need that extra stop of light at the wide end. 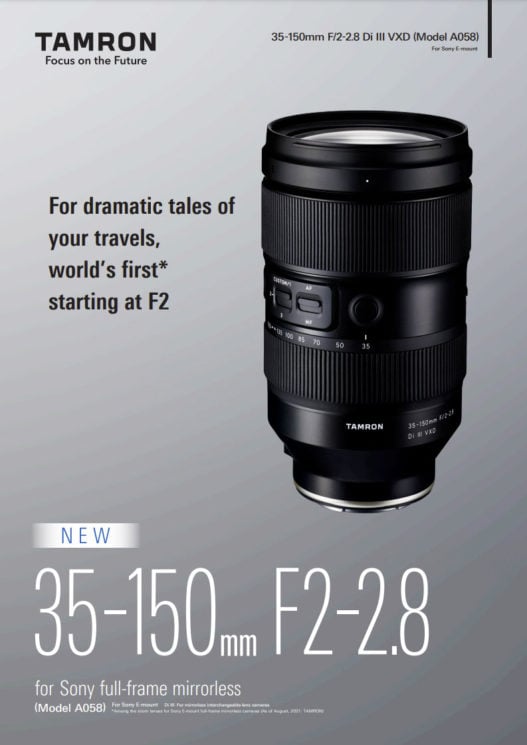 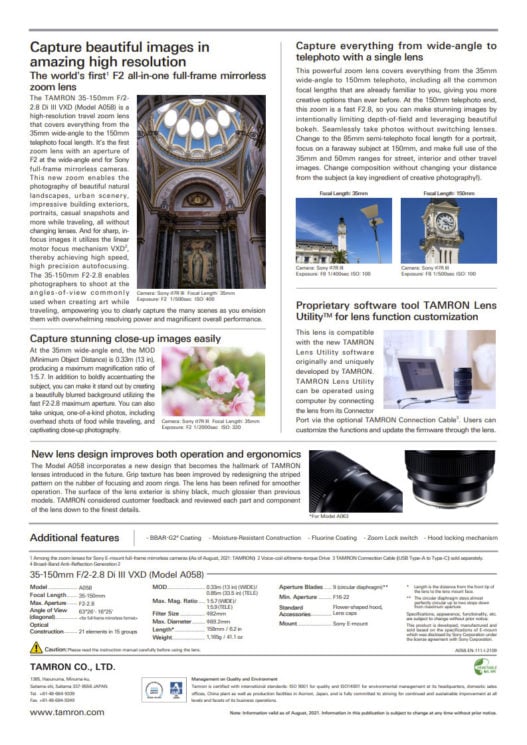 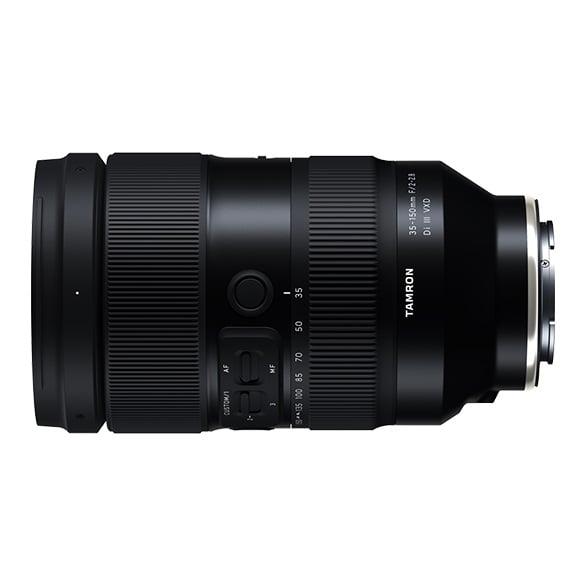 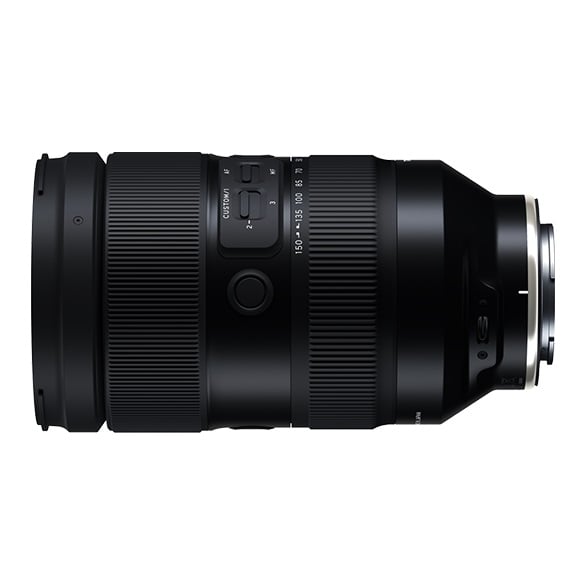 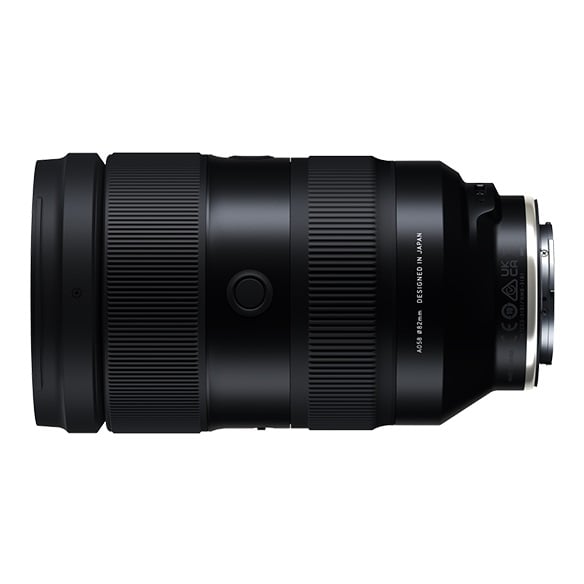 Tamron makes no such world’s first claims about the Tamron 28-75mm f/2.8 Di III VXD G2. Which, of course, they can’t, really, because it’s the second generation of a lens they already make. But the leaked brochure says that it offers faster aufocus speed with both a quicker response and faster motor. They say it’s also very quiet for use with video.

The ergonomics and grip texture also seems to have been improved, with the brochure stating “a new design that becomes the hallmark of Tamron lenses introduced in the future”. It has a shiny, glossier black exterior and they say that a number of internal parts have also been enhanced after customer feedback. 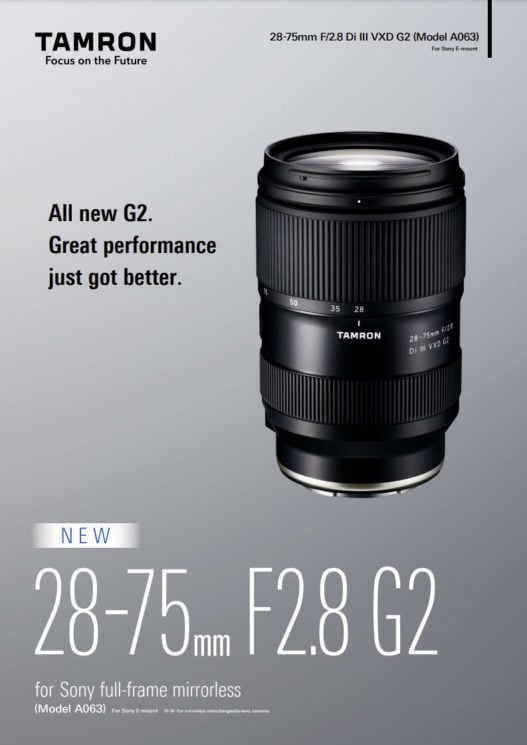 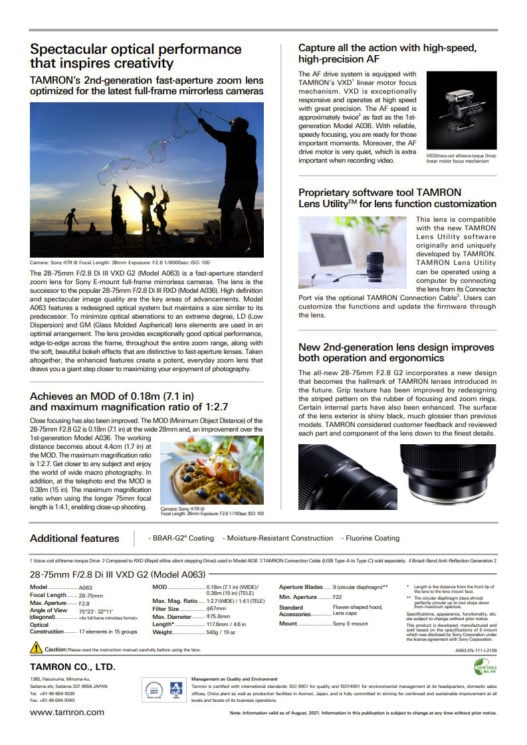 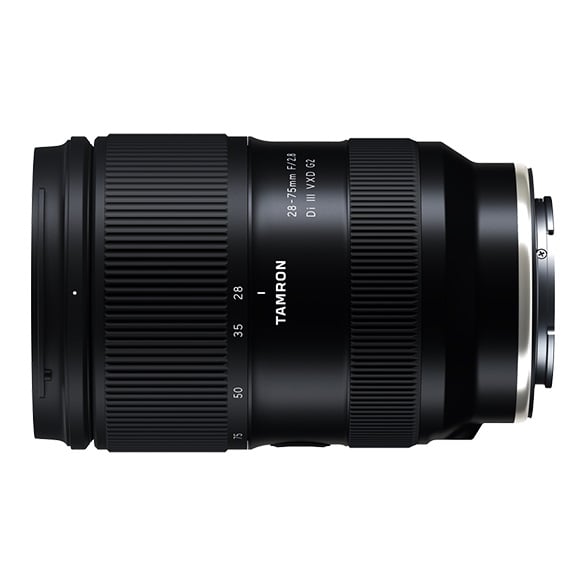 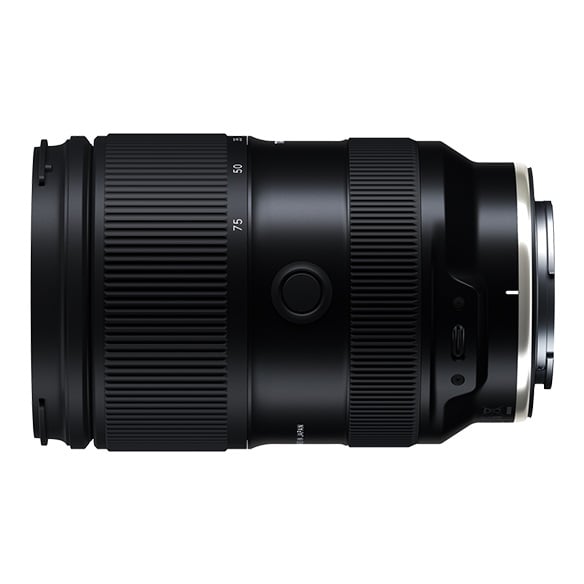 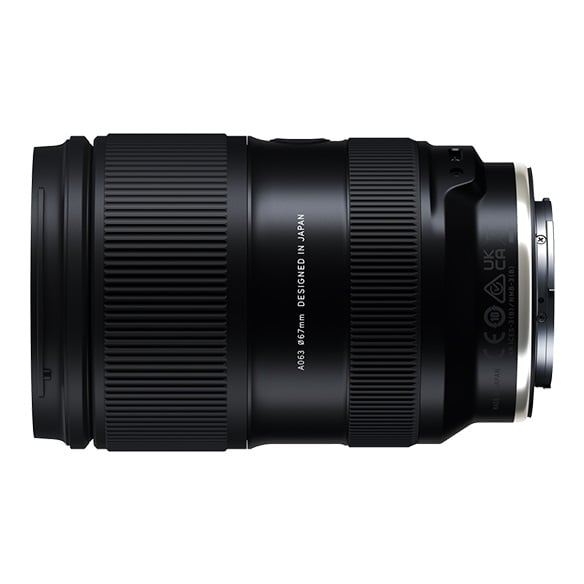 Tamron themselves haven’t said when an announcement is coming, obviously, although Nokishita believes that they’ll be announced on October 28th. Nokishita has no hints at a price yet, although both lenses will only become available in Sony E mount, apparently. There’s no mention in the leaked brochures of Leica L, Canon RF or Nikon Z at all – which is a little disappointing.

« Fun fact: Nikon cameras should have been named “Nikorette”
Lawmakers to Zuckerberg: Drop “Instagram for kids;” it’s making them suicidal »