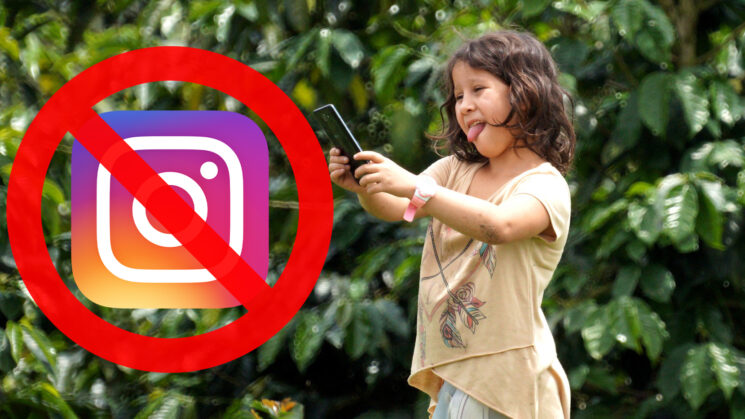 Last month, there was a word about Instagram releasing a dedicated app specifically for children under 13. Many people criticized the decision, and the pressure on Zuckerberg to give up on it seems to be heating up. Recently, an international coalition of 35 children’s and consumer groups invited Zuckerberg to stop the project, citing everything that could go wrong if the app is released. And as you can imagine, there are many things that could go wrong.

The news about Instagram for kids was initially reported by BuzzFeed News. This source obtained an internal company post, revealing the company’s plans:

“I’m excited to announce that going forward, we have identified youth work as a priority for Instagram and have added it to our H1 priority list. We will be building a new youth pillar within the Community Product Group to focus on two things: (a) accelerating our integrity and privacy work to ensure the safest possible experience for teens and (b) building a version of Instagram that allows people under the age of 13 to safely use Instagram for the first time.”

Writing about it, some big reasons why this is wrong popped into my head immediately. These include sexual predators and cyber-bullying, which already are huge problems on social media. In its letter to Mark Zuckerberg, Campaign for a Commercial-Free Childhood (CCFC) cites plenty more challenges that kids would face if introduced to a social network like Instagram at such a young age.

CCFC relies on developmental stages in children that could be hindered by using the proposed Instagram for kids. “Instagram, in particular, exploits young people’s fear of missing out and desire for peer approval to encourage children and teens to constantly check their devices and share photos with their followers,” the letter also reads. “The platform’s relentless focus on appearance, selfpresentation, and branding presents challenges to adolescents’ privacy and wellbeing.” Studies have shown that Instagram ruins self-confidence in teenagers, and CFCC fears that it could have the same effect in younger children.

Another challenge could be pursuing youngsters to switch to Instagram for kids in the first place. “Children between the ages of 10 and 12 who have existing Instagram accounts are unlikely to migrate to a “babyish” version of the platform after they have experienced the real thing,” the letter reads further. “The true audience for a kids’ version of Instagram will be much younger children who do not currently have accounts on the platform.”

The letter further points out all the health risks children face due to spending too much time behind the screen:

“Excessive screen media use and social media use is linked to a number of risks for children and adolescents, including obesity, lower psychological wellbeing, decreased happiness, decreased quality of sleep, increased risk of depression, and increases in suicide-related outcomes such as suicidal ideation, plans, and attempts.”

“Fifty-nine percent of US teens have reported being bullied on social media, an experience which has been linked to increased risky behaviors such as smoking and increased risk of suicidal ideation. Adolescent girls report feeling pressure to post sexualized selfies as a means of generating attention and social acceptance from their peers. Additionally, social media platforms including Instagram are rife with child sexual abuse materials and online exploitation of young users – in 2020 alone, Facebook and Instagram reported 20 million child sexual abuse images. Instagram has faced criticism for failing to respond to reports of exploitation in a timely manner.”

For now, Facebook still needs to respond to CFCC’s and other letters urging it to drop the project. The company’s spokeswoman Stephanie Otway told The New York Times that kids being online is the reality. “They want to connect with their family and friends, have fun and learn, and we want to help them do that in a way that is safe and age-appropriate,” she concluded.

I still don’t think Instagram for kids is a good idea. Apparently, many people agree with me on it. Still, I’m not optimistic that Facebook will just drop the project because people want it. After all, people also want chronological Feed and fewer ads, and look how that’s going for us.