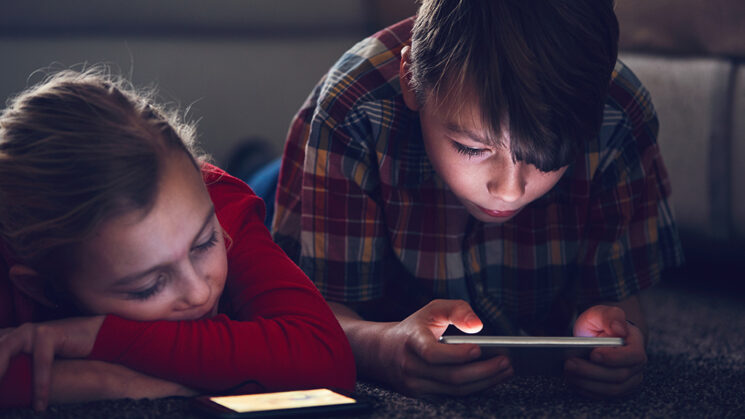 After a 14-year-old girl took her own life several years ago, both her parents and the public wondered how big of a role social media might have had in her suicide. According to coroner Andrew Walker: a big one!

Last week, Walker assessed the responsibility of social media in the suicide of yet another teenager. The girl reportedly watched and saved an enormous amount of content related to suicide and self-harm. According to Walker, the content that she liked or saved in the days prior to her death was “so disturbing” that even he found it “almost impossible to watch.”

Sadly, as you may know, this isn’t the first case involving a teenager’s suicide and social media. But it is the first time that social media were legally blamed for the suicide, as the New York Times writes. The 14-year-old named Molly Russell took her life in 2017 after she reportedly viewed thousands of posts on Instagram and Pinterest – all of them promoting self-harm.

In January 2019, Molly’s father went public with her story. In a BBC TV interview, he said that “Instagram helped kill his daughter.” He urged the coroner reviewing Molly’s case to further explore how social media could have affected Molly’s suicide – and Walker agreed after seeing a sample of her social media history.

The London police bypassed Molly’s iPhone passcode and extracted 30,000 pages of material. Meta agreed to provide more than 16,000 pages from Molly’s Instagram, but the New York Times reports that it was a long-lasting battle before the company agreed to disclose the data. Merry Varney, one of the lawyers who worked on the case said that it had taken more than 1,000 hours to review the content.

When they went through Molly’s social media activities and history, they found out that she was leading a sort of double life. Her family says that she appeared like a regular teenager on the outside. She did have occasional mood swings or she would stay in her room for a little longer, but which teenager doesn’t do it? However, her inner world was apparently much, much darker.

“In the six months before Molly died, she shared, liked or saved 16,300 pieces of content on Instagram,” the New York Times writes. “About 2,100 of those posts, or about 12 per day, were related to suicide, self-harm and depression, according to data that Meta disclosed to her family.” This source further notes that many accounts she interacted with “were dedicated to sharing only depressive and suicidal material, often using hashtags that linked to other explicit content.”

During the hearing, the family’s lawyer Oliver Sanders said that “this is Instagram literally giving Molly ideas.” Mr. Walker, the coroner overseeing the case, ruled on Friday that Instagram and other social media platforms had contributed to Molly’s death.

“Molly Rose Russell died from an act of self-harm while suffering from depression and the negative effects of online content,” Walker said. He even didn’t classify Molly’s death as suicide, but claimed that “the internet affected her mental health in a negative way and contributed to her death in a more than minimal way.”

If you, your child, or anyone close to you suffers from depression or is experiencing suicidal thoughts, please seek professional help:

Instagram blocks some #BlackLivesMatter posts; blames it on its anti-spam system

« Should photographers be worried about AI in photography?
NFT trading volume drops by a whopping 97% in 2022 »