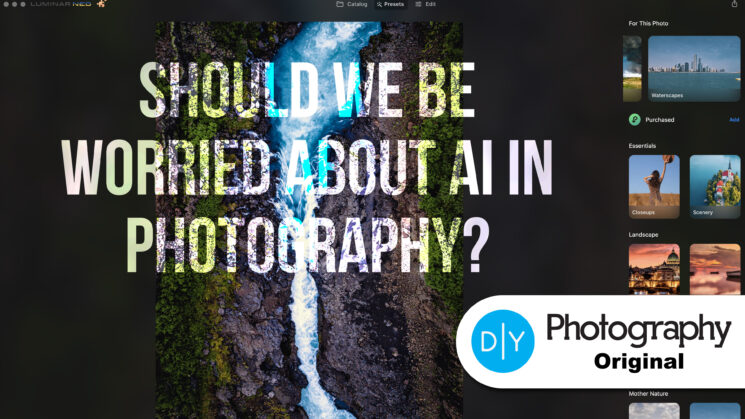 Artificial Intelligence in photography is showing huge growth. We’re even seeing our social media feeds flooded with AI-created images. Just last month, we saw that an AI-generated image won first place at a fine arts competition. We’ve also seen Getty Images moving away from  AI-generated images. I agree with this decision, but we also need to address the wider landscape because, quite simply, AI art isn’t going away.

Looking specifically at Getty Images’ position first, why have they done this? They aren’t the only platform to implement this position – Newsgrounds, FurAffinity, UnSpalsh, and PurplePort have done the same thing. One very important reason for this decision likely comes from copyright. It’s not that easy… A machine owned by company A trains on set B and outputs an image according to the input of person C. Who owns the copyright? This is uncharted territory, and I can see lawyers banging their heads against the wall with this one. You may wanna grab some popcorn for the legal battles coming ahead.

If I were a lawyer over at Getty Images, I simply wouldn’t want that headache. Ultimately, Getty Images is in it to make money primarily for themselves (and secondarily for the contributors). Alongside that, they want to offer an easy and effective customer experience. Getty is probably big enough to do all of the above and retain its market without having any AI art on its platform. But what about other aspects of AI in photography?

Dall-E 2, MidJourney, Craiyon, Stable Diffusion, and the other providers that generate AI art based on text input are fun. But there’s an argument that they are seriously blurring the lines of reality. We can create photorealistic scenes that could be mistaken for real places or situations. The argument also exists that creating AI art doesn’t require sufficient human input, nor does it involve sufficient investment in skill or time. I typed ‘AI in photography‘ into Craiyon and got this result: 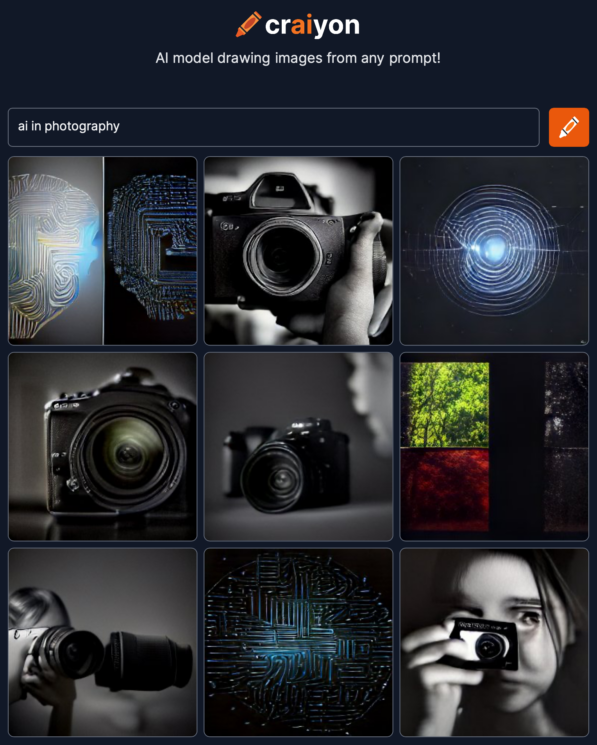 Using this extremely simple, short phrase to give me nine images didn’t require much effort, so that argument stands true. Just to add to that, I’m a little concerned about what’s going on in the bottom-right image. Moving on, I said at the start of this post that AI art isn’t going away, so let’s see 1 – how we can take advantage of it in our photography and 2 – see what concerns we need to move on from.

Artificial Intelligence is the result of Machine Learning. In a nutshell, this means a computer is fed data in the form of images – millions of them. The code in the computer is based on a training model and what’s happening is the machine is being trained to learn what is right and wrong in these images. The output, coming from the AI, is in this case, an image or a modification to an image. It’s the modification to the image that I want to focus on for the time being.

What about the process?

We’re seeing AI being used by Adobe inside Photoshop. Primarily in the form of Neural Filters. Adobe’s AI has a name: Adobe Sensei. Sensei is not only being used in Photoshop but in many apps in the Creative Cloud and Experience Cloud. Adobe Sensei was announced at Adobe MAX in 2016, and as such, there have been six years of machine learning opportunities to help refine our workflows. Similar AI tech is being implemented across other programs such as Luminar Neo, Topaz Photo AI, and the ON1 AI range. I’ve seen countless comments on how AI will ruin photography on social media, but we should get on board with this implementation of AI. Remember? We saw the same hesitation with the change from Film to Digital and then with the move from DSLR to Mirrorless. Heck, even nearly using photoshop has not been fully validated yet. There’s understandable hesitation around the introduction of AI in post-production. What I’ve seen in testing and reviewing all of these programs and as an Adobe Influencer is that they’re all making our lives easier, and they’re constantly developing in their capabilities.

For example, the processes we’ve learned for our image edits in Adobe Photoshop are becoming outdated in some instances. The AI software is performing these processes for us. This means that a lot of the things we’ve learned to do are becoming obsolete. And fast. But here’s the thing: the AI is doing it faster and, in many cases, better. We no longer need to put massive effort into performing menial tasks. We can switch to simply hitting a button and having the AI do it all for us. This frees up a lot of headspace for creativity and helps us with crazy-good sharpening and pixel upscaling. Take a look at this example of what Topaz Photo AI can do to sharpen this puffin I shot in Iceland. You can see how cropped it is by checking the original image in the top right. 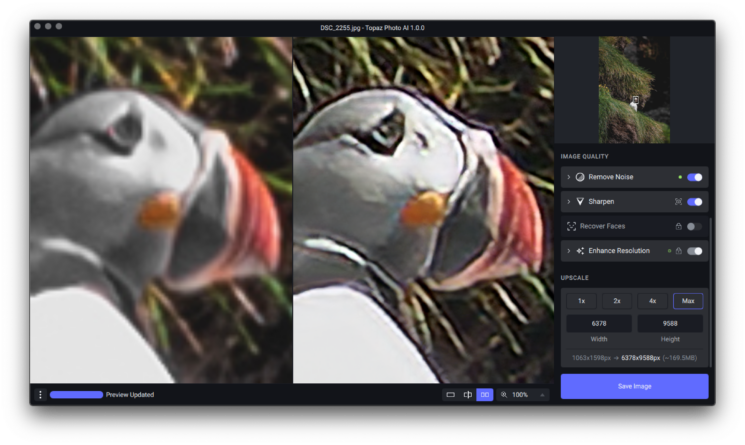 Taking it up a gear with Luminar Neo. Take a look at how the AI analyses what is in my photo and makes suggestions of what enhancements to make at the top, as well as allowing me access to every other feature of the program. We’ve known about the ability of software to recognize elements, faces, and image parts for a long time. This is a perfect application of that technology. Advances such as this by Luminar Neo are excellent tools to complement our workflow. 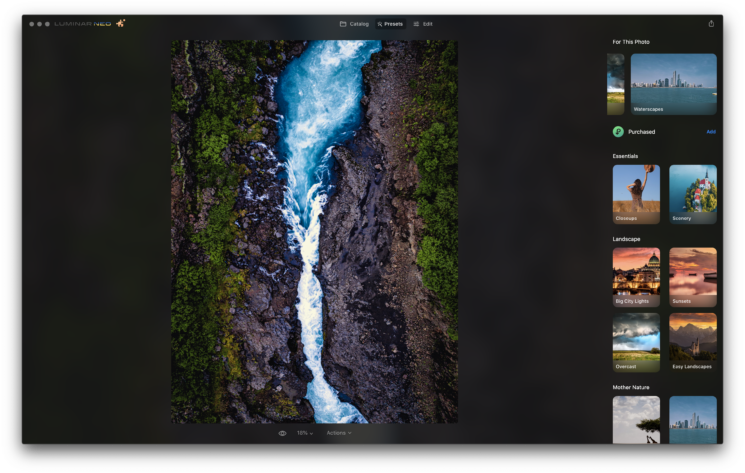 So, here’s where I’m at. The question posed was, ‘should we be worried about AI in photography?‘ My answer is no. We are in a position where AI is an industry all by itself, and its place within our industry is becoming firm.

We need to embrace the positives and (oh, the irony) train the industry on what makes a valuable addition to our workflow. When it comes to workflow (e.g. Adobe Sensei, Luminar AI, Topaz AI, ON1 AI, and others), I’m embracing them with open arms. They save me time and reserve my mental fuel for the creative situations where it’s better placed. As for fully AI-generated images, I feel like there’s a time and a place for their use. If you’d asked me whether AI-generated art on its own has a place in photography, I would have said no, but then I saw what Ramtin Kazemi has done. Follow this insta, trust me.

Perhaps it has a place after all – only time will tell for sure. Using AI to help us with the process,  rather than generating an image from scratch, is certainly a great help.

What do you say? Should photographers embrace AI?

p.s. On a totally different note, you may wanna read this book.