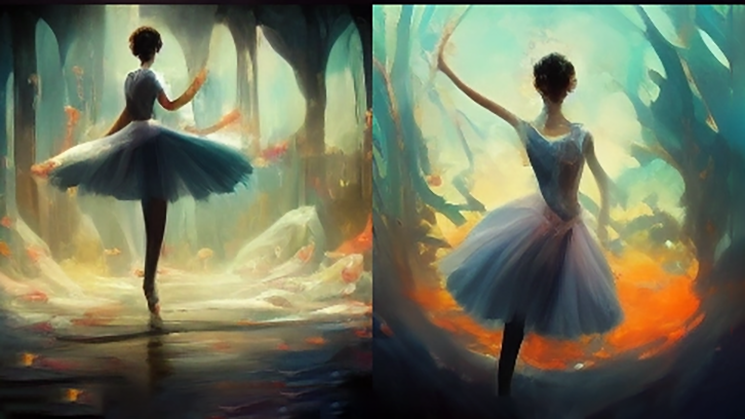 AI text-to-image (even text-to-video) platforms have been a thing for a while now. We’ve seen plenty of creative stuff generated through Midjourney or DALL-E… But what happens when one of them wins a fine arts contest?

Jason Allen recently went viral after winning the first prize in Colorado State Fair’s contest with an AI-generated image. As you can probably imagine, this has made artists shocked and furious. How could he win?! He only typed a short prompt, pressed Enter, and in a minute or so got a picture that won first place. But is it really what the process looked like?

Allen’s Théâtre D’opéra Spatial won the Digital Arts/Digitally-Manipulated Photography category of the contest. He used Midjourney to create it, and as you probably know, it doesn’t require any particular artistic skill on a person’s side. You don’t need to be a photographer, an illustrator, a digital artist… Basically, you only need to know how to type.

After sharing the news, Allen became viral for all the wrong reasons. The amount of hate he received was overwhelming. “Someone entered an art competition with an AI-generated piece and won the first prize,” a tweet reads commenting on his win. “Yeah that’s pretty f*cking sh*tty.”

TL;DR — Someone entered an art competition with an AI-generated piece and won the first prize.

As a reply, another Twitter user wrote something I agree with to a great extent:

“We’re watching the death of artistry unfold right before our eyes — if creative jobs aren’t safe from machines, then even high-skilled jobs are in danger of becoming obsolete

What will we have then?”

We’re watching the death of artistry unfold right before our eyes — if creative jobs aren’t safe from machines, then even high-skilled jobs are in danger of becoming obsolete
What will we have then?

And yes, we can certainly discuss what the growth of AI means for the creative industry. The world is changing, technology is becoming wildly advanced, and text-to-image generators could become a serious threat to creativity. However, I’d like to discuss something else today. Was it really that simple to create and submit this AI-generated artwork Allen?

The process of creating the artwork

As I already mentioned, Allen used Midjourney to create the image that won him first place. But what does the process look like when you create an AI-generated art to enter a contest? As Allen explained himself, he used a “special prompt” and created hundreds of images using it. He then spent several weeks fine-tuning and curating the generated images until he was able to choose the top three. After upscaling them using Gigapixel AI, he entered the Colorado State Fair’s contest… And won in the digital arts category.

It’s true that no artistic skill was needed to create this work, so I totally understand why artists are pissed. But it did require quite a lot of time and effort and it wasn’t as simple as it sounds at first. After all, I think it also required Allen to have some artistic knowledge or talent to curate the images and choose which ones to submit for the contest.

Where do we go from here?

In my opinion, we can look at Allen’s first prize as an experiment. It shows us just how much (and how quickly) the world of art is changing. It suggests that we should make place for new technologies and perhaps rethink and reorganize art contests.

In the near future, I believe we will, and should, see contests for AI-generated images specifically. It could be fun to see what prompts people come up with and how they curate the results to choose the best ones. However, this requires a whole different set of skills than photography, painting, or human-generated digital art. This is why I believe that humans and AI shouldn’t compete in the same category… Or even the same contest.