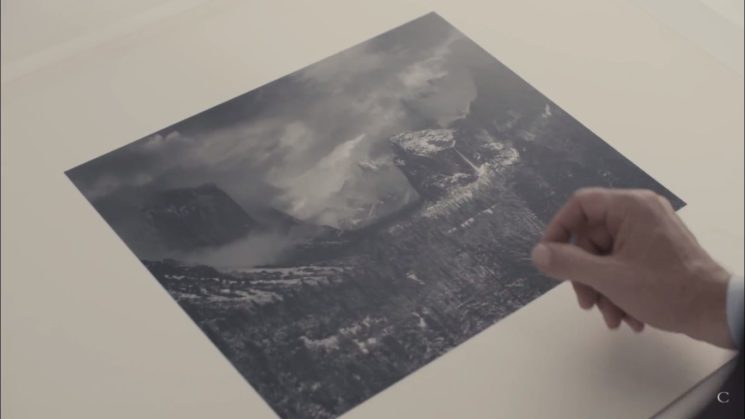 Starting this month, the Museum of Modern Art is putting up over 400 prints from their collection up for sale. Among these photos, there will be iconic prints of Man Ray, Ansel Adams and Henri Cartier-Bresson. If you have deep pockets, you’ll have a chance to have one of them in a series of auctions, and some of them are expected to reach up to $300,000.

From October 2017 to April 2018, MoMA will put the photos from the collection to Christie’s in a series of auctions in New York and online. The works include photos from the mid-19th century to the early post-war period. As Darius Himes, International Head of Photographs at MoMA explains, the museum constantly refines their collection. And with photography, they can occasionally offer some of the works to the collectors.

Other than Man Ray, Ansel Adams and Henri Cartier-Bresson, the collection contains works of Alfred Stieglitz, Edward Steichen, Walker Evans and Bill Brandt. In this video, Himes tells the story of some of the most iconic photos they will offer at the auction.

Two of the works are Rayograph prints by Man Ray, the surrealist who created these photograms in Paris in the early 1920s. He created the works by placing objects directly onto a sheet of photosensitive paper and exposing it to light in the darkroom. Since the prints are created directly on the photosensitive paper, there are no negatives. In other words – each of these Rayographs is one of its kind. Therefore, it’s no wonder that the estimated price for these artworks is between $150,000 and $300,000.

Another work that will be offered at the auction is Ansel Adams’ Clearing Winter Storm from 1938. One of the greatest landscape photographers served as the vice-chairman of the Photography Committee when MoMA’s photography department was first published. Now a lucky (and wealthy) art lover will be able to get one of his most famous works for an estimated price of $60,000-80,000.

The last of the iconic works presented in the video is Henry Cartier-Bresson’s Behind the Gare Saint-Lazare, Paris. He took this photo in 1932, and as Himes explains: “This image is emblematic of Cartier-Bresson’s philosophy of ‘the decisive moment’.”  This is the first photo I saw from this great artist, and I envy the lucky person who’s able to buy it. The estimated price goes up to $18,000.

As Himes notes, MoMA “may own more than one print of any given image.” However, we shouldn’t assume that they “exist in large quantities.” After all, it would undermine their value. So, if you’ve been saving up for a piece from MoMA’s collection or know someone who might be interested, the auctions will be available on Christie’s.

[Important Photographs from The Museum of Modern Art’s Collection via ISO 1200, Christie’s]

Iconic Magnum prints on sale next week for only $100

Russian Martial Arts School Will Turn You Into A Selfie Ninja

Reality Check for Millennial Arts Students Looking for a Job

« How to deal with haters and negative feedback on your work
Samyang announces 35mm f/1.4 lens for full frame Sony cameras, for under $800 »