Uh oh. Nikon Singapore PR might have some explaining to do.

Last night, Nikon Singapore shared a Facebook post announcing the winner of a photo contest giveaway. There was a slight problem though. The winning photo appears to be a fake, despite the story behind the image blatantly stating otherwise.

According to the post, which can be seen below, photographer Chay Yu Wei used his Nikon D90 to capture a photo of a plane perfectly composed within the confines of a ladder leading up the side of the building.

Chay Yu Wei himself even said he didn’t have to wait ‘too long’ for the plane, citing ‘luck’ as the factor in an Instagram comment.

The only problem is, upon opening the image to the full resolution posted on Facebook, the airplane is extremely pixelated around the edges. This immediately threw off eagle-eyed commenters who pointed out that this could very well be a composited image. After all, how likely is it that a plane was perfectly straight, centered and low enough to create a perfect silhouette?

We decided to take the image into Photoshop to check for ourselves and with only a little tweaking of the levels, it’s clear as day that it is a composited image. Not only is it composited, but Chay Yu Wei apparently didn’t even separate the white background of the airplane art he used. Below is a comparison of the image as shown and the image with the levels tweaked to highlight the square box around the plane. 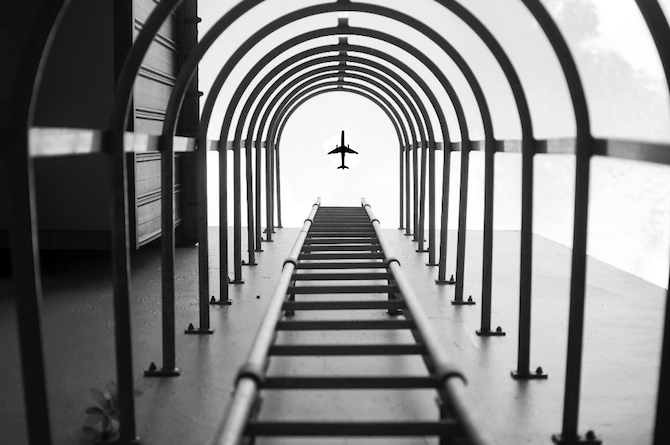 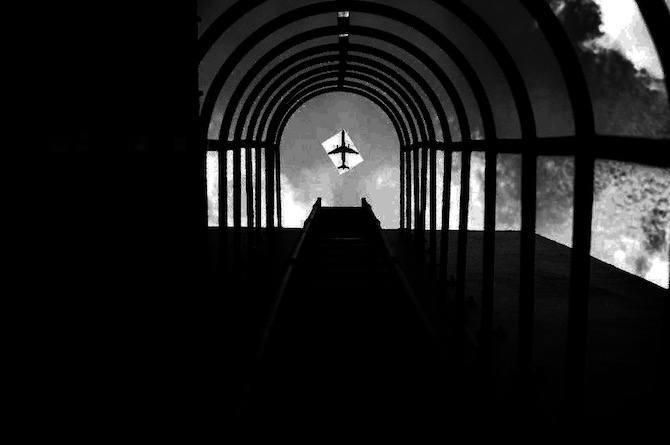 Although the image itself was the center of attention, commenters also has some fun with it, posting their very own composited images, hoping for their chance to win a Nikon trolley bag. From an X-Wing to Godzilla, the image has since become a meme, becoming more glorious with each new iteration.

Below are some of our favorites from the comment section:

Update: Nikon Singapore has since responded on their Facebook page with a rather well thought-out and respectable response. They’ve also taken it upon themselves to take part in the meme-ification of the image, going so far as to poke fun at Canon.