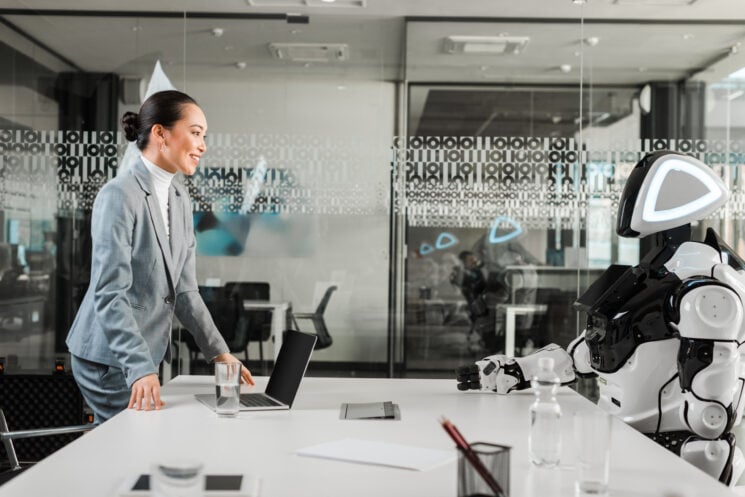 “Can a robot write a symphony? Can a robot turn a canvas into a beautiful masterpiece?” So asks Will Smith in the 2004 movie iRobot. Of course, the answer back then was a resounding ‘no’, however, 15 years later it’s not so simple. An AI rapper has already been signed to a record label. Sure, it’s hardly Beethoven’s 9th Symphony but you get the idea.

If you haven’t heard anything about Artificial Intelligence (AI) recently, then you must be living off-grid somewhere in a nuclear bunker. AI has been making headlines regularly in all areas. Huge leaps in technology have been made in a relatively short space of time. The development has been staggering in just how rapid and accelerated it has been.

The future is firmly looking towards AI having increased involvement in our lives, much of which will be for the better. Just yesterday I read about the future of AI in the medical field. AI will help identify potential skin cancer. AI will help better diagnose heart attacks in women.

But any leaps in technology come with disruption, change and potential unemployment. We saw it with the advent of electricity, the motor car, and the use of robotics in industry and manufacturing. And now it is our turn: the creative industries. But what does AI mean for us as photographers and artists? Do we need to be worried about the ‘Rise of the Machines?’ 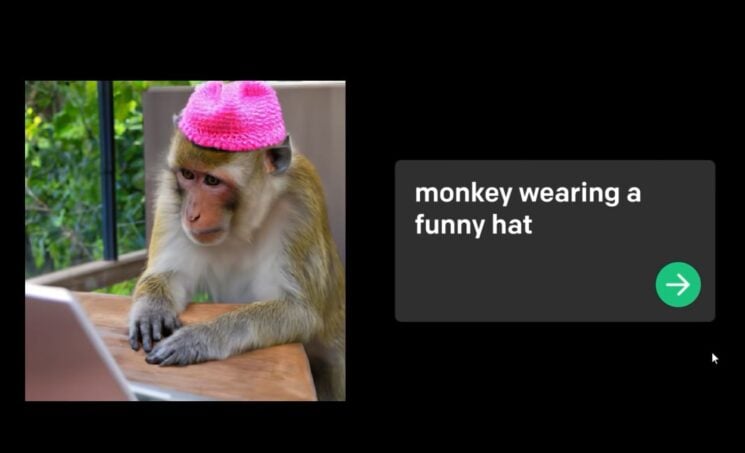 So how exactly is AI changing the visual arts landscape? You’ve probably by now heard about text-to-image platforms. Namely Dall-E2, Mid journey, and Google Imagen. Now it looks as though Microsoft is also jumping on the bandwagon with their own AI image generator.

These started out as what seemed like just a bit of fun. Type a prompt in and see what the programme spits out. A dog riding a dinosaur on the beach or some such caprices. The results varied wildly, and the quality was generally quite questionable.

But then the mood took a turn. In the past three months alone, the quality of the images being outputted has improved at an alarming rate. The software has sampled countless numbers of photographs and paintings, and it is now beginning to get artists uncomfortable. Conversations on social media are discussing whether AI will eventually take jobs and leave a trail of destruction across the creative industries. 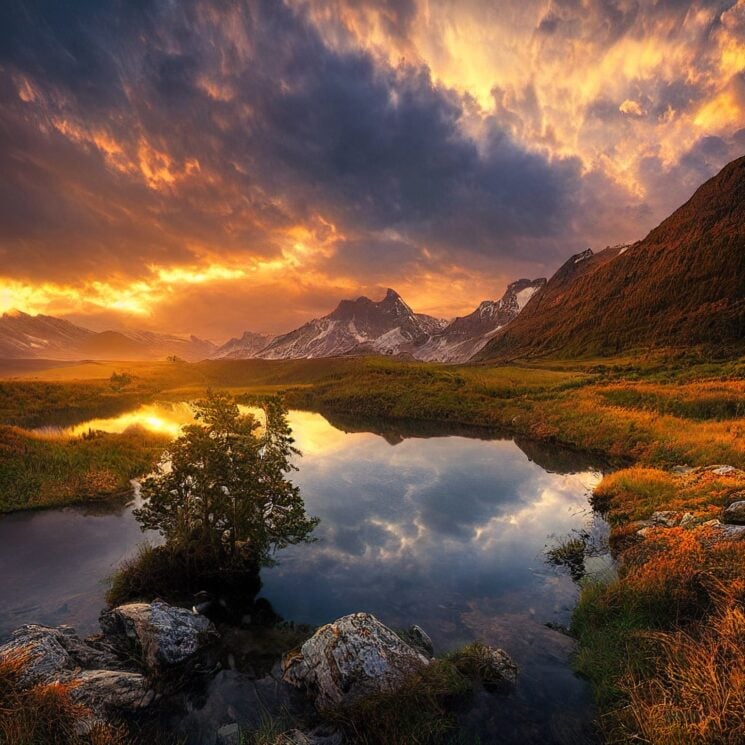 These landscapes don’t really exist. They were created by AI using prompts by Aurel Manea 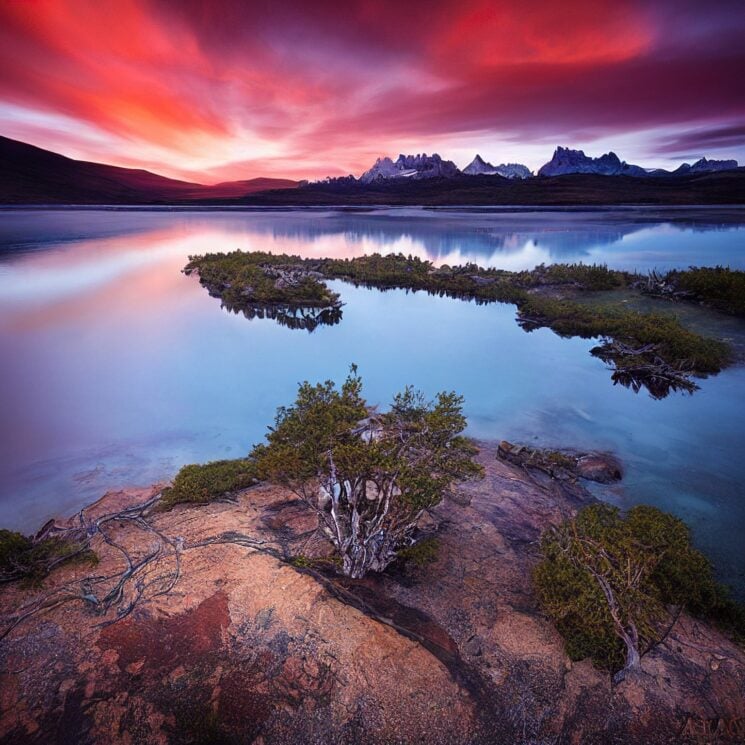 Aurel Manea certainly seems to think so. Manea is a 3D artist and photographer based in Bucharest. As an experiment, he used AI programme Stable Diffusion to generate photo-realistic landscape images. The software created 1200 different landscapes in under 10 minutes. The results are largely incredible. Somewhere between real life and fantasy, it’s not immediately obvious that they aren’t real.

“I think photography as a commercial product like stock photos or photography for the sake of pretty images are going down,” Manea tells DIYP. “The implications are going to be huge and are going to happen fast,” he warns, adding “it is evolving at a pace I have never seen before.”

Other photographers and artists have been experimenting with portraits. These too are getting better and more convincing as the software samples more images. But is it realistic to predict that AI is endangering our work?  Many think so, and the truth is, it’s already happening.

Alex London has worked in Costume and fashion design in New York City for the last ten years. His work is intricate and detailed and a large portion of his work is spent working with Art Directors and photographers on editorial shoots and brand campaigns. He shared with DIYP how he had recently lost a job to AI.

Alex was hired to create some concept work. After agreeing initially to his fee, the next thing that Alex knew was that the company had bypassed his creative ideas and fed a sample of his body of work into the AI. He says that he was shocked at the output that the machine managed to create. “It looked like something that I would have done,” Alex says, “which was really surreal,” he adds. “Not to put too fine a point on it,” he says, “the whole thing feels like yet another way not to pay creatives a fair wage.”

There have also been stories in chats online about models being hired for a casting. When they arrived they were shocked to be told that in fact their likeness was being scanned to be used as data for AI software, to help the machines learn as it were. And it’s this slightly underhand hiding the truth that is getting people upset. It’s one thing to lose work to a computer, but when a whole industry and its related industries crash because of it, we could be in for a world of hurt.

In the future, will an Art Director or brand need to hire illustrators, photographers, graphic designers and models? Or will they be able to simply feed their ideas directly into a computer? The Economist even used an AI-generated artwork for its June 11th cover. Admittedly, largely to prove a point that they could. However, it shows a stark reality of what photographers, artists and illustrators could be up against in the future. Book covers, album art, articles, and stock images, could all likely be affected.

It is time to look at the promise and perils of the next big thing in machine intelligence. Join us on this new frontier https://t.co/jqVkAvpnAZ pic.twitter.com/1NkLZUI8dk

And then there is the other thorny issue of copyright and the fact that thousands of copyrighted images have already been fed into the machines in order for them to learn. Largely without permission from the copyright owners and creators. In the very near future, it will likely be possible to enter a prompt using a well-known photographer’s name and the machine will generate an image based on that style. If you can create an image in Dan Winters’ style using his body of work as a starting point but without actually hiring Dan Winters, where does that leave us?

Dream the dream of being alive.Muzica tot de un AI#stablediffusion

But not everybody is negative about it. Among the tolling bells of doom come the quiet voices of artists who are open-minded about the rise of AI. And they perhaps have a good point. The cat is firmly out of the bag now, there is no putting it back.

Manea admits that not all areas of photography will be affected by AI. “Photography for the idea of photography (real places, real humans, real moments) are safe, ” he says. Of course, the portraits you take of real people will not be affected, Lucy from up the road won’t be creating her business headshots using AI for example. And is it really so different from CGI-generated images? These are now employed already in a lot of brand and commercial work.

Retoucher and creator of Infinite Tools Pratik Naik has spent some time experimenting with AI-created images and is very vocal about it on social media. He’s not particularly positive or negative about the technology but largely sees it as something that we need to be realistic about.

“I need to be educated and on top of it, to help stay present before I am no longer relevant.,” Pratik writes. “I will use my creativity to excel at whatever path opens up before me.” And he’s open about this topic to urge other creatives to do the same.

Many see it as yet another tool in their creative toolbox. Digital artists are using it in conjunction with other pre-existing technology and creating new concepts and creations with it. “No longer is the ability to draw or paint the hurdle to anyone,” says Pratik, “and now what stands out is just who has the most creative mind and vision and they can eloquently display those visions.”

The future for photographers

Digital photography is in a unique position where it straddles both worlds. Change is inevitable, and as a backlash, I could almost see a grass-roots movement starting that will benefit “slow art”. That is, human-made, hand-made creative endeavours that take time. I could even predict an even greater interest in film photography.

Ultimately, Pratik is correct. We can’t change where this is headed, but by learning and understanding it, we collectively could help steer things in a better direction. As a society, we mustn’t let the advantages of machine learning be enjoyed by the few who own it. Change is inevitable, and this time the disruption is coming to the creative fields. I don’t think it’s an exaggeration to say that AI could have as big of an impact as the internet.

Adapt, evolve and overcome. You’ve got to offer something that the AI can’t, and then find a market for it. That’s business.

Why The Photography Industry Is Dented

How has COVID-19 impacted the photography industry?