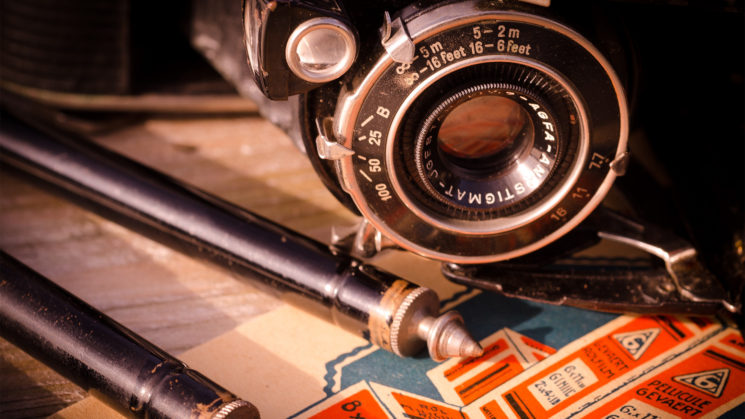 There is no doubting that analogue photography is on the up – or at least, it did hit rock bottom and it has bounced. But is gravity going to take hold; is it on the verge of failure again? Or is it about to break through into the mainstream again like vinyl records have? Moreover, is the huge part crowdfunding has played in this process ultimately going to be key to the success, or will it issue the final death warrant to the film photography industry?

As a blogger who writes one of the more prominent film photography blogs in the online community I sometimes feel a little like I might be blinkered to the reality of the situation. I’m surrounded by other members of the analogue photography community who are constantly talking about how positive they feel about the industry that supports them. Harman Technology, better known as the producers of Ilford films report highly increased sales, Kodak Alaris are firing on all cylinders with their pro-film line and Crowdfunding success stories from the likes of Intrepid say a lot about the increased in interest in even large format film photography. 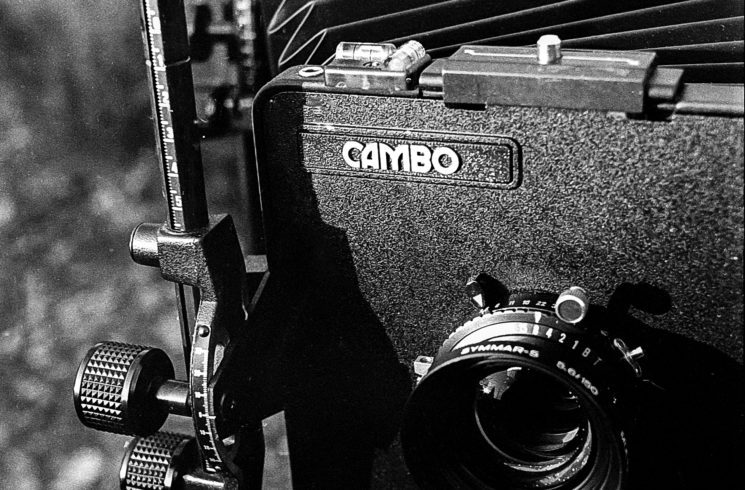 Alongside this positivity about the industry, there is a hell of a push from the community to perpetuate itself. We have a bunch of hashtags such as #beleiveinfilm, #shootfilm, #filmsnotdead and many more that sum up the attitude and mood of the community quite nicely. The community seems to push these messages and defend itself almost to the death, as such, it’s perhaps not hard to see why I might be fairly optimistic about the future of film photography.

That being said, I am forced to question my optimism with increasing regularity when the film photography industry brings, or at least attempts to bring something new to the market.

One might assume that a community of analogue based photographers would have all the praise in the world for new brands releasing new analogue based products – after all, it wasn’t so long ago that film photography looked like it was breathing its final, dying breaths. Conversely, the community of analogue product users isn’t quite as supportive as you might think. In fact, with almost every new brand that tries to bring out a new film, film camera or related product, there comes an increased level of hostility from the community toward the industry. 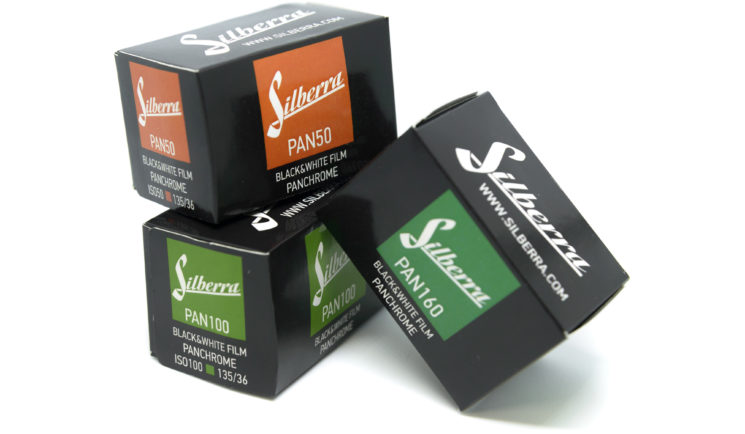 For me, this came to a head recently when within a few weeks Silberra launched an Indegogo campaign to produce some new film and Reflex launched their Kickstarter campaign to bring a new film SLR to market – something that hasn’t happened in quite a few years. The reaction to these campaigns was in many quarters admittedly positive, but there was also a wide backlash from the analogue community that seemed to somehow undermine the core intentions of rebuilding the film photography industry.

Unfortunately, the film photography community seems to be a little lacking in trust when it comes to new brands, and primarily it would seem that this lack of trust comes from the fact that crowdfunding platforms have become the standard approach launching a new business in this industry sector. 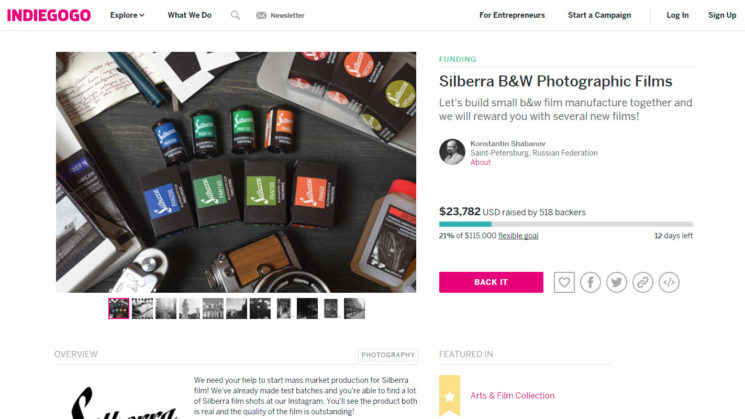 So what’s the problem? Well, fundamentally there seems to be a bit of a misunderstanding from the general public about the nature of investment in projects on these platforms. Investing in crowdfunding can mean you lose your money. If the company you invest in hasn’t done its sums, is overly optimistic about its ability to produce a product en masse or is just simply crooked, you might not see your reward as soon as you expected, or indeed ever. This is the nature of this type of investment, but this information seems to have been lost a little in the translation into crowdfunding platforms where the general public are invited to part with their cash.

Unfortunately for the re-burgeoning analogue photography industry – an industry that has relied profoundly on crowdfunding for the last few years – this misunderstanding is starting to cause real issues. Projects such as the rebuilding of Film Ferrania have taken significantly longer to come to fruition than expected. But whilst Ferrania do at least keep the community somewhat more in the loop with regard to what’s been going on and the troubles they have faced, companies like Galaxy have been very poor in communications. And frankly, neither project has helped in the community’s trust in the industry’s ability to deliver on what it sets out to in the way or speed it says it’s going to. Just look at the comments here on Galaxy’s most recent Kickstarter – people are not happy. 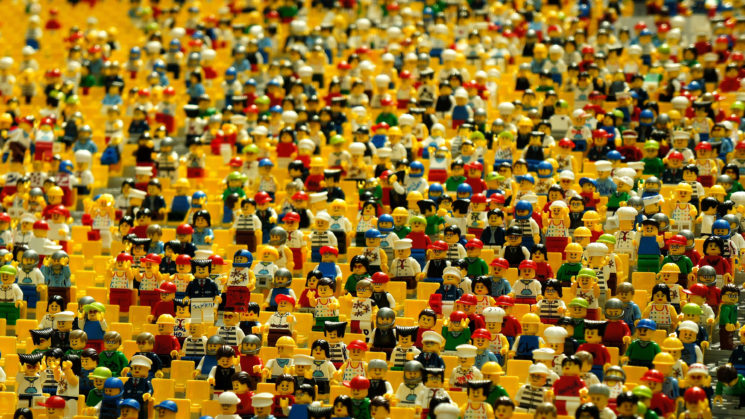 In addition to this I read a lot of comments from the community that amounts to what’s being termed “crowdfunding-fatigue”. People speak of – to paraphrase – “yet another crowdfunding campaign to bring yet another black & white film to market”. There is an unfortunate reduction in the excitement about the prospect of new analogue products, and that’s before the industry has even had a chance to put on its mud-caked walking boots, never mind its lightweight running shoes!

So how is this cynicism from the community manifesting itself today? Well, whilst Reflex’s Kickstarter has reached its goal and is showing there is still life in the crowdfunding approach, Silberra – as of yet – have not been so lucky. An apparently innovative, shiny new film camera has proved enough to capture people’s imagination. But another series of new black & white films has not. This is likely because of both the aforementioned mistrust in a small companies ability to deliver new films and this crowdfunding-fatigue phenomenon.

Ironically, it would appear that Silberra are actually in a much better position than Film Ferrania already. They have been trading since 2009 when they bought a small chemical production and retail company FotoApteka. Since then they have run and grown the business successfully producing chemicals for the industry. Just this year they have rebranded to Silberra and started marketing their chemicals properly to a wider audience. They have their PAN series film ready – there are stacks of images on their Instagram that demonstrate both the quality and existence of that film. Additionally, they report to have their in-house ORTA film almost ready with most of the main issues around producing the film out of the way already. The analogue community have simply and unfortunately been quite sceptical – it’s an obvious case of once bitten, twice shy. Which is a great shame as actually, it appears to me that Silberra are a shining light on the path to success for the industry as a whole. (You still have time to back their campaign here). 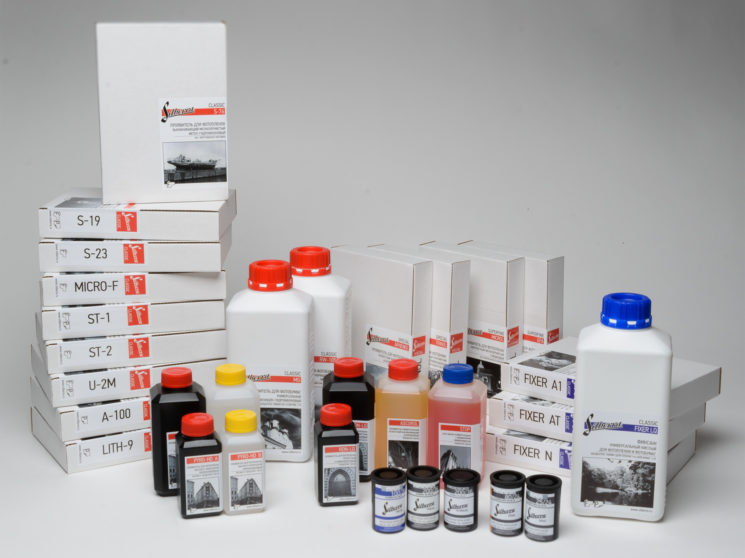 So how could all this see the downfall of the analogue industry? As I wrote in a recent rant on my blog 35mmc here – these new start-up companies are paving the way to prove or disprove that the industry has legs. If these companies see success, then the analogue industry will grow. But if they fail they have the potential to carry the whole industry down with them. The issue is, crowdfunding is giving a platform for any company to try. But the credibility of all the companies that are trying is not being measured before they hit the crowdfunding platforms.

This is less of an issue in the world of digital photography where the industry is largely afloat and is mostly measured by its successes. But the analogue industry is less afloat, and as such is being largely measured by its failures and partial failures instead. The slow speed at which Film Ferrania are attempting to deliver on their promises has no doubt impacted negatively on the success of the Silberra campaign, and if Reflex fails or stutters post Kickstarter it could knock the wind out of the sails of any future campaign to bring a new film camera to market. The real frustration is that without these smaller crowdfunded start-up companies helping to prove the marketplace, larger investment in new ideas seems less likely to follow.

So what’s my advice? Well, to the companies that wish to use crowdfunding platforms it’s this: Don’t take your prospective customers for granted. They need to be told every ounce of information you can give them about the legitimacy of your offer. But more importantly, make sure your offer is legitimate and that you can deliver on what you promise. Bringing a new product to market is supposed to be hard, it is hard, I know, I’m going through the process myself now. Do your research, understand where the possible chances of failure lay and be as transparent about them as possible.

And to the film photography community, well, I already had my rant already. But to that I would add the following advice: Do your research! Try to better understand the nature of investment in crowdfunding projects, and don’t be so quick to be so heavily critical. It’s true that we live in a world of instant gratification, fast-moving technology and social media. But if the analogue photography industry is going to fully recover, it’s going to take time, and as such, your patience and understanding is going to play a part in that.

Ultimately, what will be, will be. If the analogue photography industry is still destined to fail then there might well be no fighting that. But it’s my view that we who support it have to give it the best chance possible. The film photography community on an individual level doesn’t need to like or back every product that comes to market, but as a collective, we should do our best to support endeavours that set out to rebuild the industry. As a community, it is our responsibility to judge each endeavour on its own merits and not on past failures. Crowdfunding is not the ideal platform for rebuilding a diverse analogue photography industry, but it might well be the best chance it has.

Hamish Gill is the founder of 35mmc.com, one of the more prominent film photography blogs. He is also a professional photographer shooting both digital and film, director of F8 Creates, a creative agency and co-founder of The Kiln, a soon-to-open creative/tech coworking space in Worcester.

Ego is the enemy – detach your ego from social media