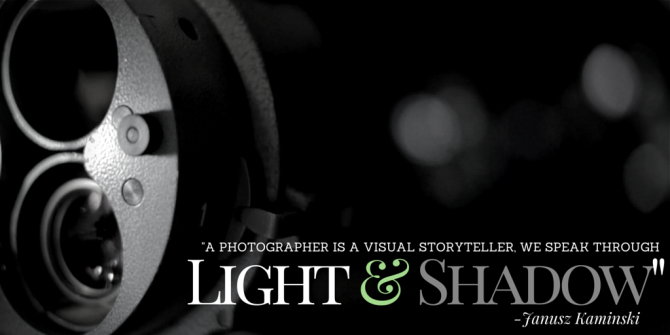 This is a must see short film for photographers and cinematographers, alike. Aptly titled, Light & Shadow, the Zacuto produced film is a solid 14-minute long soundbite (20 minute total play time including the end credits). Light & Shadow explores various aspects and opinions of some of the industries greatest minds. The clip starts out by discussing the namesake of the film, light and shadow, and what those two things mean to a photographer. The collective wisdom of the photographers and filmmakers involved in the project continues to unfold as they begin sharing invaluable advice on how to make it in the business and make work you’re proud to have your name on.

“If you think for one moment that Hollywood gives a damn about what camera you used on a job, they don’t even know and I bet you couldn’t find three people who would even ask, so nobody should be worried about what camera they’re using.”

Though the film is geared towards motion pictures, all the advice, words of wisdom, and insight mentioned in the clip should be taken to heart all the same, even if you don’t practice filmmaking. There’s some seriously good stuff discussed in this beautifully made film, be sure to bookmark it if you don’t have the time to watch all of it now.

« How To Choose The Right Softbox For The Job: Understanding Softbox Size Vs Soft Light
Use This Quick Fog Machine Hack For Perfect Low Hanging Fog To Use On Your Photo Set »