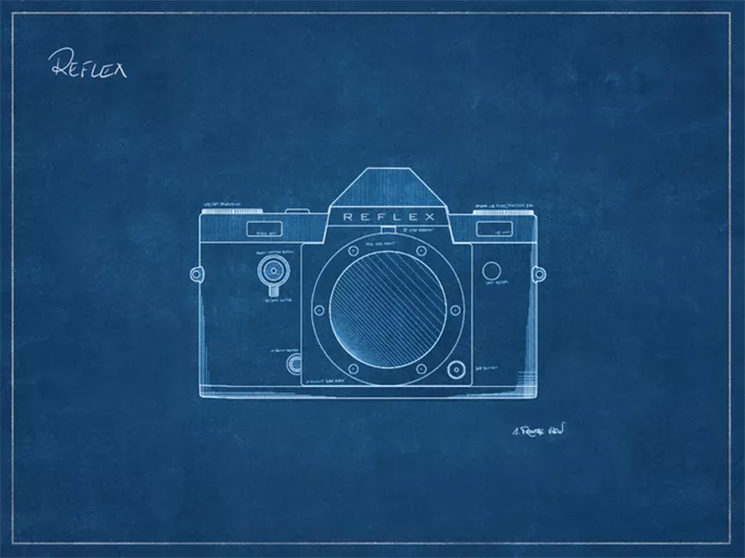 The renewed interest in film lately is fantastic for those who have an affinity for film. It means that the films and products we love will continue to live a while longer. Well, as long as they’re not made by Fuji. It’s resurrected old film, brought a few new ones, as well as the occasional product mixing the old tech with the new.

While there are many used 35mm SLRs out there (I own at least a dozen), the idea of a new camera being made is very exciting. Especially when it comes with interchangeable lens mounts offering so many options.

For example, my 35mm SLRs use three lens mounts. I have a Canon A1 that uses FD lenses. I have several Nikons that utilise Nikon F mount lenses. And the rest are Zenit, Praktica and other brands which take M42 lenses. Reflex will take all of these lenses, as well as Olympus OM and Pentax PK mount. 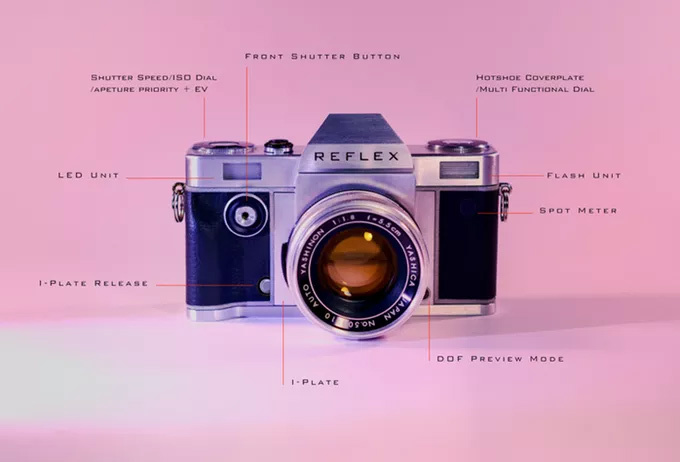 It doesn’t look like Canon EOS mount lenses will be supported, due to the electronic aperture control connections. I would imagine Nikon’s new E Type lenses will not be supported for the same reason. G type lenses might also be a bit tricky. But, any Nikon F mount D type or earlier lens should work great.

The specs look quite impressive, too, offering shutter speeds up to 1/4000th of a second, although flash sync is only 1/125th. It features a built-in spot meter, and an Arduino controls the electronic mechanism for the shutter. It’s also Bluetooth enabled, presumably offering some degree of remote control.

Love that last one.

As much as I like the idea, though. I don’t think this camera is for me just yet. Mostly due to the fact that, as I mentioned, I already own over a dozen 35mm SLRs, most of which I still use regularly. I do really hope they can make a success of it, though, and could see myself picking one up in the future once it goes into regular production. 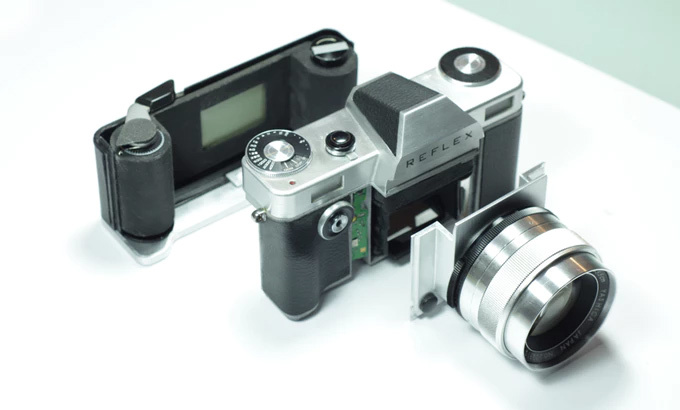 If I were starting with film from scratch right now, though, I’d definitely consider this. Many digital photographers these days own old M42 and Nikon Ai-S lenses, even if they shoot Canon cameras. And many more have inherited Olympus and Pentax kit from parents who no longer use it. The Reflex seems like it would be a great way to break into film for such people.

If you want to back the project and stake a claim to your own Reflex 35mm SLR, or just find out more, then head on over to Kickstarter. Prices for the camera itself start at £350 for the standard M42 mount. Extra interchangeable lens mounts in other formats, as well as film backs (yes, you can swap film backs mid-roll!) and various other options are also available.

« This is how some of Hollywood’s legendary historic lenses look on a modern cinema camera
Want your nude photos off social media? Send those photos to Facebook »