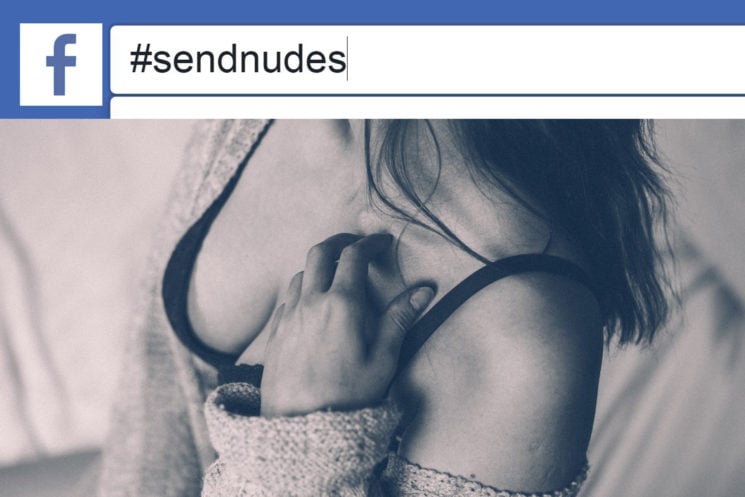 Keeping photos off social networks by sending them to a social network? Sounds crazy, doesn’t it? Well, as crazy as it may sound, this is an attempt from Facebook and an Australian government agency to prevent sharing sensitive images without the subject’s permission. The goal is to take action before the nude images are posted online instead of taking them down after they’re already published. All you need to do is send nudes via Facebook… to yourself.

If you’re concerned about the privacy of your intimate photos, you should get in contact with the e-Safety Commissioner. After this, you’ll need to send the photos in questions to yourself via Messenger. Facebook will then use technology to “hash” your photos. This means they’ll create a digital fingerprint or link, so if someone tries uploading the same photo, it will be impossible. It’s important to note that Facebook doesn’t store the photos, but only their digital fingerprint. Still, it does make you feel a bit paranoid, doesn’t it?

According to Antigone Davis, Facebook’s head of global safety, Australia was one of four countries taking part in this project. It’s not mentioned, though, what the other countries are. Davis says this is the “’industry-first’ pilot using ‘cutting-edge technology’ to prevent the re-sharing of images on its platforms.” If you want to keep your nudes off social networks, this approach has you covered on Facebook, Messenger and Instagram. In other words – you should be safe on the networks owned by Facebook. But, your photos can still end up online on other social networks or forums.

I think it’s nice of Facebook to make an effort to protect their users from an extremely unpleasant situation like this. Still, it makes me uneasy to think that the alternatives are to either send photos through Facebook or don’t do it and wait to see if they’ll end up online. So I’d suggest the third alternative – don’t keep nudes on your phone, and don’t let your boyfriend/girlfriend own your nudes, ever.

[via ABC, The Guardian]

« The Reflex is the first new 35mm manual SLR in 25 years, and it’s modular
These 25 creative transitions from Stranger Things will inspire your filmmaking »