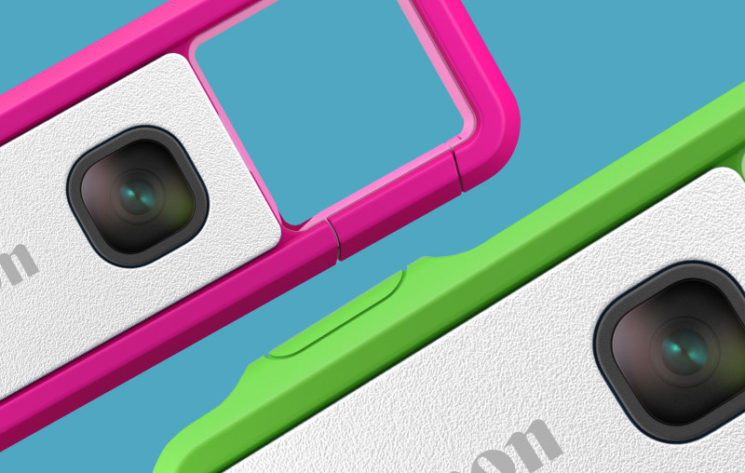 This is a little strange. Canon appears to be going the crowdfunding route with their new IVY REC camera. It’s the one they showed off at CP+ 2019 earlier this year that is rumoured to be one of three new cameras aimed at the younger generation scheduled for release this year. But instead of doing what they usually do and just announcing and releasing a product, they’re going to Indiegogo.

It’s a very strange move, but at least now we know the name of the camera and a few of its features. It’s called the Canon IVY REC, adding to the IVY product line that currently includes the Canon IVY Mobile Mini Photo Printer (MMPP) and the Canon IVY CLIQ+ Instant Camera Printer.

Obviously, the whole IVY range is aimed squarely at the younger smartphone generation, as the MMPP will print directly from your phone via Bluetooth, as does the CLIQ+. The IVY REC camera contains no LCD and very little in the way of controls on the camera itself, so is also designed to be controlled via your smartphone. 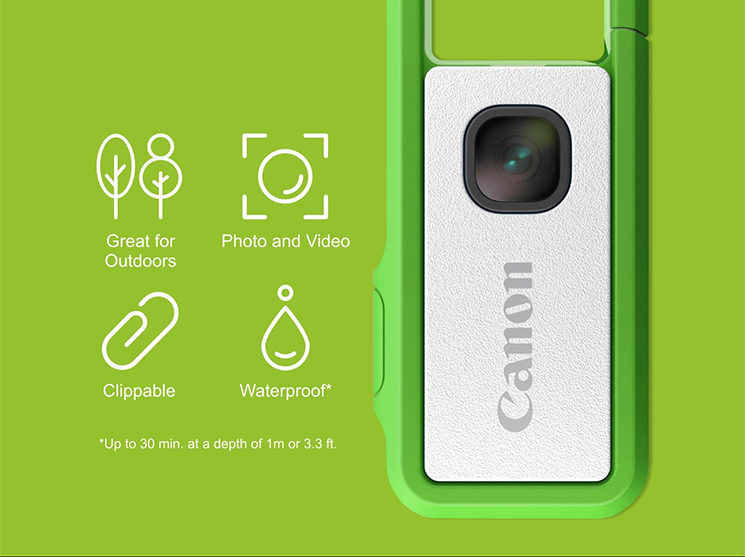 At the moment, Canon’s Indiegogo campaign is currently in the “Coming Soon” stage, with a placeholder page where you can sign up for notifications, although it does mention some of the specs and features.

Beyond this, there’s still not much information about the camera, although there is a caveat with the “waterproof” claim. Yes, it is waterproof… for up to half an hour at a depth of 1 metre. So, basically, it’s going to be fine if you drop it in a puddle or want to take it just below the surface of a swimming pool, but you might not want to go diving with it. We also know that it features a built-in carabiner, although we knew this way back at CP+ 2019, allowing you to clip it to a belt loop, your bag’s shoulder strap, or whatever you feel like clipping it to, really.

As part of the IVY range, I can’t imagine the price point will be that high, especially as it only shoots 1080p video, and not 4K. It makes me wonder how good the specs will be on the other two rumoured cameras aimed at “young people” will be, and whether they’ll be crowdfunded, too. I suppose that will depend on how well this campaign goes, but it seems that Indiegogo is where Canon believes those young people all hang out.

The Indiegogo campaign doesn’t mention a price, nor when it will go live, although they do say that early birds will see a 30% discount when it happens.

As far as I’m aware, this is the first time that Canon has gone the crowdfunding route for a new product, and Google seems to agree. If you know different, let us know in the comments.