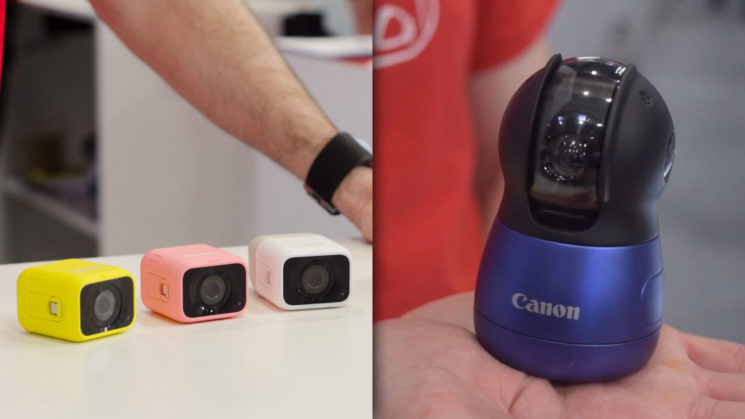 At just about every show I’ve been to for the last couple of years where Canon has been in attendance, they’ve been showing off some concept camera prototypes. We featured a couple of them last year during The Photography Show 2018 in the UK. And at CP+ 2019 in Japan a few months ago, they were showing off more. Now, Nikkan is reporting that three of these concept cameras will be released before the end of this year and suggested they are cameras we’ve seen before.

Nikkan says that Canon is aiming the new cameras at “Young People”. This is presumably to try and claw back some of that customer base they lose as a result of smartphone cameras killing the sales of compact cameras.

The concept cameras we saw at TPS last year, though, I think are quite useful for people of all ages. Whether or not they’ll specifically attract a younger generation of customer, though, I’m not entirely sure. I suppose mostly it will depend on how they’re marketed. But if you didn’t see them, here’s a reminder…

The one that tracks a subject is particularly interesting and looks somewhat similar to the Obsbot Tail, although much smaller and lighter. While it could be used for all kinds of grown-up things, it seems that Canon may pitch this towards the younger adrenaline junkie crowd as a way to easily follow and capture them in their escapades. The other looks like it’s set to be something of an action camera alternative, but with interchangeable lenses and various other unique features.

While DIYP didn’t attend CP+ 2019, Cinema5D did, and they caught up with Canon to check out another new concept camera. This one looks quite similar to the Nikon KeyMission 80 body cam, although it has one rather cool feature, and that’s a built-in carabiner to allow you to easily attach it to your clothing, a bag, shoulder strap or whatever between use or perhaps a small branch or rope as a platform from which to film.

It looks like none of these cameras possesses a built-in display, so rather than replace your smartphone, they’ll complement it. It’s a good tactic to allow younger consumers to keep using an interface that they’re familiar with and has proven very popular for other companies like Insta360 with their ONE X and EVO cameras.

There’s no word on an exact release date yet, but it’s quite exciting to see a company like Canon tackling some radically different designs of camera.

« Why shutter angle is way better than shutter speed when shooting video
Photographers, don’t fall into this trap with Instagram »