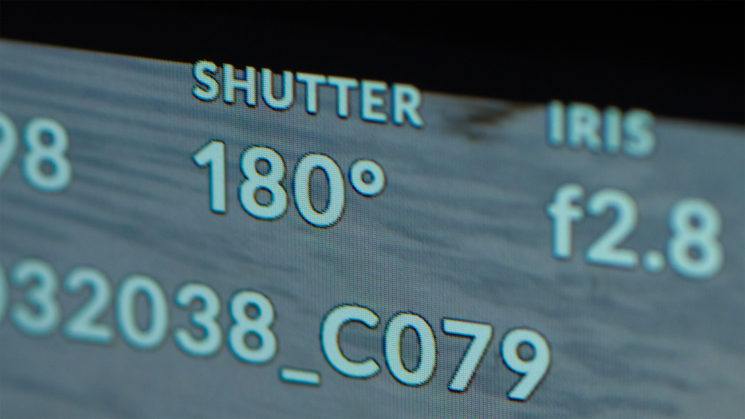 Although “shutter angle” is mostly a digital concept these days rather than a physical thing, it’s the term that determines how the camera calculates your shutter speed when shooting video. It’s a foreign concept to many photographers, though, especially if they haven’t used cameras which utilise it. This video from DPReview explains why it’s the best way to control your shutter when shooting video.

Well, with stills photography, you’re only making a single image at a time, or shooting bursts that stand alone as a series of single images. The shutter speed here is used either creatively, to freeze motion or capture some motion blur, or it’s used as an exposure tool when you’ve hit the extremes of your ISO and you don’t want to change the depth of field in your shot.

If your shutter speed is too slow, the video can look almost dreamy, and if this is the effect you’re going for, then that’s great, but if not then it just hinders the viewer. Likewise, if the shutter speed is too fast, it’s like you’re filming a Jason Bourne movie as each frame stutters to the next.

Many cameras that aren’t specifically video oriented don’t offer these framerates, so you have to round off to the nearest available. So, for 24fps, 1/50th, for 60fps, 1/125th and 120fps at 1/250th. If you’re regularly switching framerates, though, remembering to adjust this shutter speed between shots isn’t always easy, especially in a run & gun situation.

Cameras that are geared more towards video offer the shutter speed as a shutter angle setting. This way, as you change your framerate to go between realtime and high-speed recording, your shutter speed automatically switches to what’s required to keep a consistent level of motion, regardless of the framerate you’re shooting at.

Having the shutter angle means that if you also want to shoot at a shutter speed other than 180°, you can dial in the new relative exposure and as you change your framerate, the camera automatically adjusts the shutter speed to keep a consistent look. Perhaps you want a 360° shutter where the shutter is open for the entire duration of each frame. Or maybe you want to go with a 90° or 45° shutter to get that stuttery Bourne look.

No matter what angle you set, the shutter angle setting allows the camera to keep consistency as you bounce between different framerates without having to figure out what the shutter speed should be in your head. Then when it’s all played back at 23.976fps, or whatever the final framerate of your film is, it all matches.

5 creative uses of shutter speed in your videos