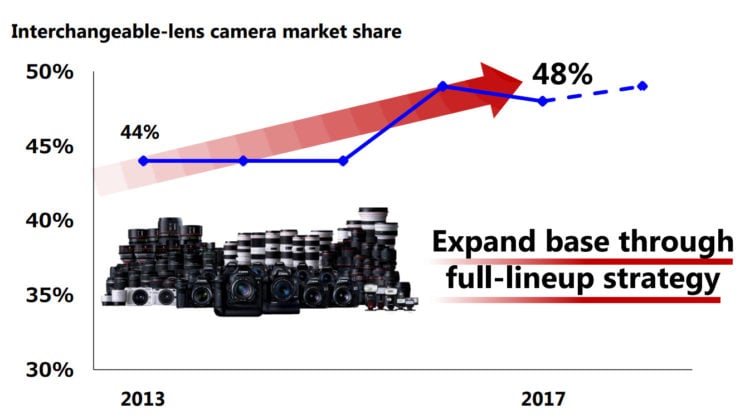 Canon has published their Q3 2018 financial report, and although things seem to have taken a little dip with a decline in overall interchangeable lens camera sales, their future still looks bright.

Within the Imaging System Business Unit, Canon maintained the top share of the overall interchangeable-lens digital camera market, mainly in major countries in Europe and the Americas and in Japan. Within this, sales of mirrorless cameras increased mainly supported by sales of such new products as the EOS Kiss M. However, unit sales decreased overall compared with the same period of the previous year due to a temporary slowdown in demand, mainly for entry-level models. As for digital compact cameras, although unit sales decreased compared with the same period of the previous year amid the shrinking market, sales of high-value-added models such as the PowerShot G-series enjoyed solid demand.

So, essentially, they’ve been focusing on entry level cameras, but fewer people are now buying entry level cameras, so sales are down. Well, there has to be a point of saturation where everybody has entry-level cameras, or they’re buying older, higher end used models as their entry into photography (it’s not like there’s a shortage of those these days). Not surprisingly, compact cameras are continuing to see pressure from smartphones.

By the way, Canon, I’m sure you didn’t intend for the above line to read the way it potentially may. But just a reminder… Women are people, too. 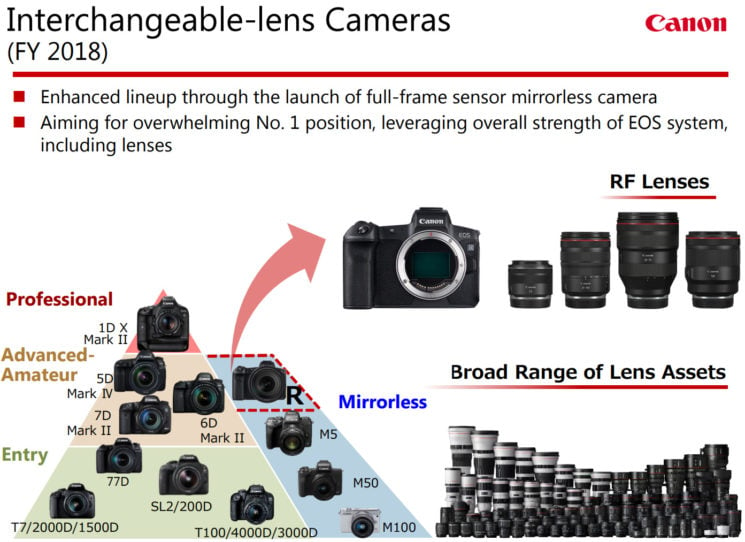 Overall, though, they do expect to see an increase in Q4. This isn’t really surprising with Black Friday and other sales coming in the lead up to Christmas. Everybody’s hoping for that new camera or lens. Although that increase is not as high as originally expected.

It will be interesting to see how Canon’s projections match up against the real world in a few months time. The EOS R has received a lot of criticism over the single card slot, ridiculous 4K crop factor and other issues. But it still remains rather popular, with current EOS R users overall very pleased with their purchase.

That being said, they’re not the only manufacturer to announce new cameras recently. Nikon’s Z6 and Z7 will likely draw a few people in and away from Canon. And we can’t forget the Panasonic and Sigma cameras expected in just a few short months.

Quite a few people have told me they’re holding off on any camera buying decisions until they see exactly what Panasonic and Sigma have to offer. Full frame Foveon is a very appealing concept, especially if they can speed it up from its current state.

If you want to read more about Canon, though, you can check out their full Q2 2018 financial documents here.