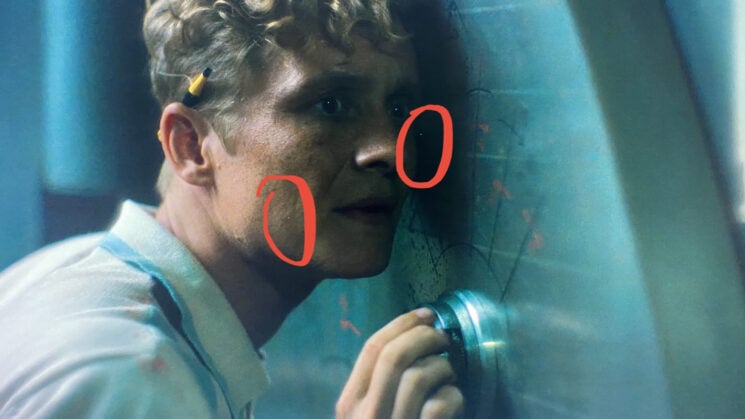 For movie watchers, there’s nothing more upsetting than settling in to watch the latest overhyped movie only to turn on your fancy, way-too-big, expensive TV to discover you’ve got dead pixels on your screen. They just sit there, taunting you, spoiling your viewing experience.

That’s the experience felt by quite a few people who sat down to watch the new Zack Snyder Netflix movie Army of the Dead. At least, it was until they realised that those dead pixels weren’t on their TV, but in-camera, recorded for all time in the movie itself, turning their dispair into “rage”.

I’ve yet to see the movie myself, but the reports indicate that the first dead pixel issue arises quite early on in the film with one of its establishing scenes involving Dave Bautista’s character discussing a plot point that I’m not going to mention with a well-to-do billionaire. One Twitter user described it best with the caption “Army of the Dead Pixel”.

Army of the Dead Pixel pic.twitter.com/H14f40CHdB

The fault is not visible in every scene – which would make sense. Productions like this generally don’t rely on a single camera to shoot everything, and the issue is probably just with a single camera out of however many they did end up using to shoot the film.

Though I did think my new LG OLED was broken after watching Army of the Dead! Cant believe a film could be released with a few hit pixels like that. I was raging at first!

Despite the dead pixel issue (and its two-and-a-half-hour runtime), the film seems to have largely seen quite favourable reviews, offering descriptions such as “Dawn of the Dead meets Ocean’s Eleven” – which were both pretty decent movies.

Army of the Dead was super fun. Even more fun when I realized that dead pixel issue wasn't my TV so I could relax a little bit.

It is quite surprising that Zack (or somebody, anybody) didn’t spot these during the editing process and fix them in post before the final film went out.