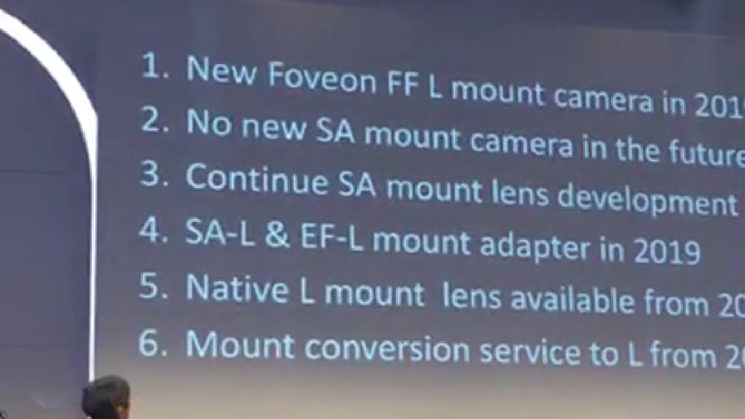 Well, holy cow! This is what I was hoping Sigma might say, but I never expected it to happen. Sigma has just announced that they’re releasing a new full frame Foveon sensor camera in 2019 that uses the Leica L mount. And it’s not just a current Foveon scaled up to full frame, either. It’s an entirely new generation of Foveon sensor. Well, we did know they were working on one. Now we know what it was for!

They’ve also announced Sigma SA, Sigma EF (which includes Canon’s, too), Leica M and Leica PL mount to L mount adapters. This means that right off the bat, the new Panasonic, Sigma and Leica L mount cameras will have access to a huge amount of existing lenses.

The news comes out of the Sigma press conference that just ended at Photokina. The one that basically started off by them handing out free beer and stating that they had nothing new to announce. Well, they might not have shown off any new gear tonight, but they certainly had something to announce. 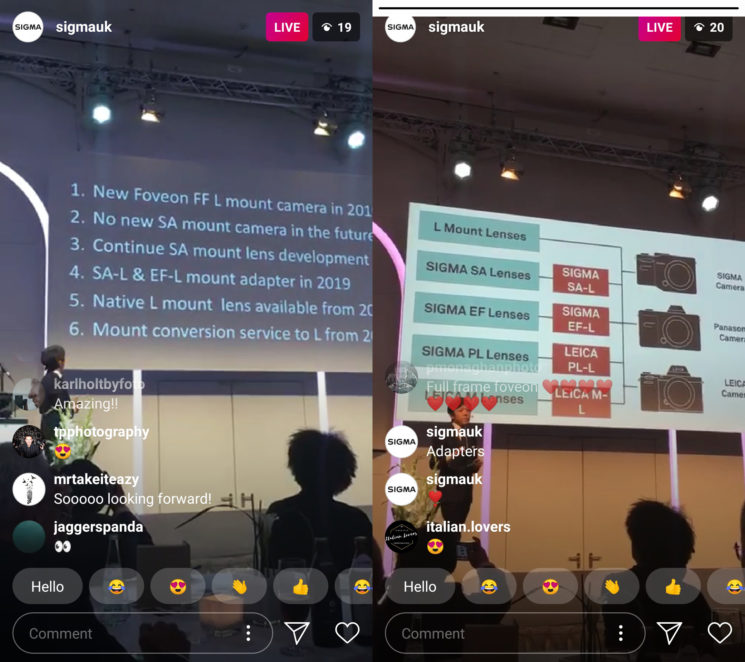 The Sigma SA Mount, as far as cameras go, is dead. Sigma is now switching to the L mount for all new camera releases, including the full frame Foveon expected next year. They will, however, still continue to develop SA Mount lenses – which basically means, they’ll still develop lenses as they have been doing, and SA mount will still be an option along with Nikon F, Canon EF, Sony E and now Leica L.

Sigma SA and EF to L mount adapters are expected to come in 2019 along with the new camera, and then Leica PL and Leica M to L adapters will come at some point after that. And these adapters will be compatible with all Sigma, Panasonic and Leica L Mount cameras.

Yes, that’s right, we may soon start to see some Sigma Art Series L Mount lenses, but until then, you will be able to adapt your existing Canon or Sigma mount ones to work with the new L mount system.

There’s no word on any specs on the new camera beyond being a full frame camera of the next generation Foveon type, nor any information on price. But this collaboration just got a lot more exciting!