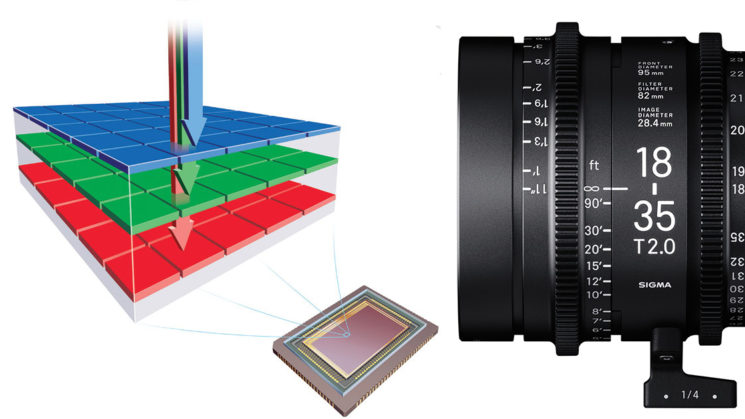 Well, this is a surprise and not an unwelcome one. Few people seem to realise that as well as being a leading 3rd party lens manufacturer, Sigma also make cameras. I have actually had the pleasure of playing with a Sigma sd Quattro for the past few weeks, and it’s pretty impressive if a little on the slow side. The Foveon sensor does produce some truly beautiful results.

That lack of speed, though, has put off many potential Sigma camera owners. Now, a new patent has been filed showing that Sigma looks to be doing something about it. The patent seems to aim more toward the video side of things but no doubt it will speed up its stills capturing capabilities, too. Perhaps this is why Sigma semed a little evasive about camera questions recently at PPE.

It might also explain why Sigma have gone so gung-ho on the Cinema lenses lately. The idea of a speedy Sigma camera is very exciting. Having used the sd Quattro myself, the benefits of a Foveon sensor quickly become apparent.

While the stills shooting speed hasn’t bothered me all that much, the lower resolution live view and lack of video has put me off investing in one. Essentially, due to the way Foveon sensors record the scene, it’s just too much data to shove into the processors at any kind of serious speed. The new Sigma patent seems to suggest that they’ve cracked that problem.

A sigma that can shoot video would be fantastic, but there are a few things I’d like to see.

The Sigma fp L expected to be announced soon, but with a weird (not Foveon) sensor