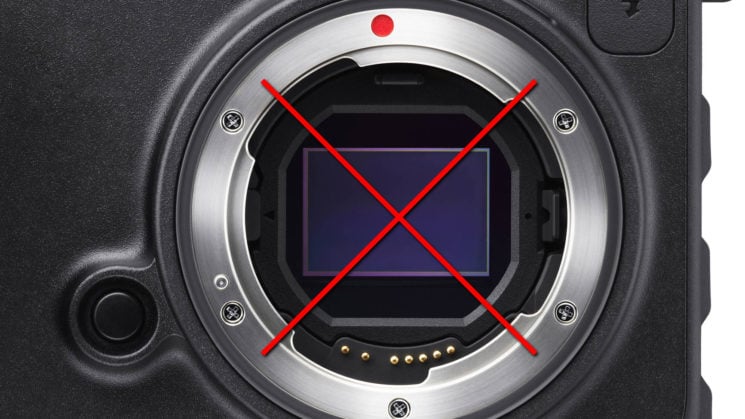 Well, this is a bit of an anti-climax. Sigma UK recently added an event to their Facebook page for their CP+ announcements, with a couple of clues suggesting that we might be about to finally hear an announcement about the long-awaited full-frame Foveon. Today, though, Sigma Global has announced that a full-frame Foveon camera is essentially on hold indefinitely.

A full-frame Foveon camera was first announced at Photokina 2018 as part of the then-new L Mount Alliance with Leica and Panasonic. It was originally supposed to come in 2019, which then got pushed back to 2020. Now, there’s no telling when we might see one. Sigma does say they’re still working on it, but they’re basically having to start over from scratch.

As a result of careful and rigorous testing based on the latest development information, however, it has become clear that the launch of such a camera would be infeasible within this year. Still at this point, we cannot say for certain when the full-frame Foveon X3 sensor will be put into mass production.

In light of current development progress, we are not in a position to offer any specific release plan at present. We have therefore decided that we should start over the project with a clean slate, putting the production plan for this new camera back to the drawing board and going back to the development of sensor technologies.

It’s a shame because it means the last couple of years of R&D and prototyping has basically been for nothing. I’m sure they’ve learned a lot – 1,000 ways not to make a light bulb and all that – but it does mean that the release has been delayed. Given that they’re beginning anew, though, there’s no telling exactly when we might actually hear an announcement for a full-frame Foveon camera.

Since the earlier announcements, your excitement with the launch of a “full-frame Foveon” has been a tremendous source of inspiration and encouragement for us. Everyone involved in the project has pulled out all the stops to make it a reality. I would like to express my deepest apologies for failing to meet your expectations and having to share this disappointing news.

I would like to emphasize that Foveon sensors are in a class of their own and that they are part of the identity of SIGMA cameras that embodies our ideals and philosophies. We are determined to continue dedicating ourselves to technology development to bring better image sensors to life.

Hopefully, now they are armed with a little more knowledge than they were a couple of years ago, development of a new camera won’t take as long. Only time will tell, though, and they haven’t given any possible clues as to how long development will actually take or when we can expect an announcement.

But, hey, Sigma, if you’re listening, as you’re giving it another go from the beginning, please ditch your proprietary flash system that has virtually zero third party support, and go license the one Panasonic & Olympus use or something (or anything that has native support from the likes of Godox, Profoto, etc.). For studio or location portrait shooters, full-frame Foveon could be a dream camera, but only if it has decent third-party flash support with high-speed sync.

« The Nikon D6 will make its UK debut at The Photography Show
It’s not about the gear, it’s about the sweat you put in! »