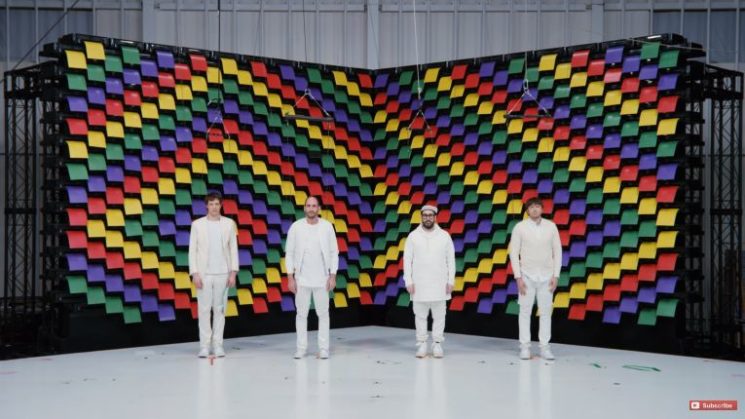 American band OK Go are well known for their creative and boundary-pushing music videos. And now, they did it again. Their latest video features 567 perfectly computer printers and a whole lot of colorful paper. The wall of printers creates mesmerizing visualizations, and it’s described as “the world’s first paper mapping.”

In the BTS video, band members explain that they shot everything really slowly, and then speeded it all up in post. So the wall of printers doing its “choreography” looks like a moving video. It took a lot of testing and trial and error before the actual shoot. The band members and the crew would work on new ideas, and then tested some more… And it all took about two and a half years.

The video was directed by the band’s singer Damian Kulash, Jr. and director Yusuke Tanaka. But besides them, there was quite a large team behind the project (you can see the full credits here). For this video, OK Go teamed with Double A Paper, Thailand-based paper brand. I don’t think there would be a more suitable kind of sponsor for a video that spent tons of paper.

While we’re at “spending tons of paper,” it may cross your mind what happened to all of it after the video was finished. It was my first thought when I first read the title describing the video. However, when you play it, at the very beginning it’s stated that all the paper was recycled and the funds were donated to Greenpeace. 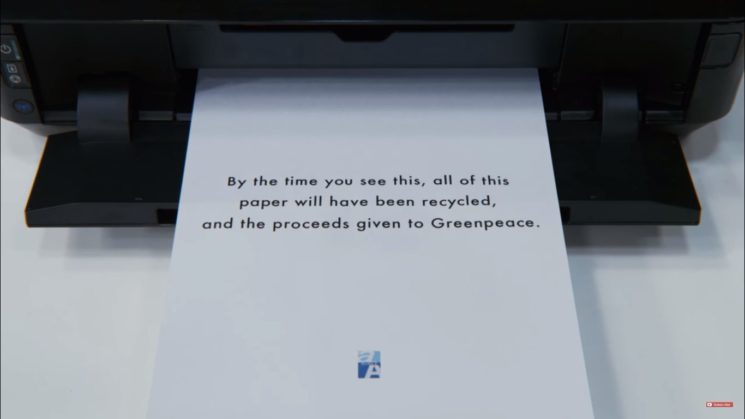 I think time and effort everyone invested in making this video was well worth it. And as far as I’m concerned, OK Go have fulfilled the expectations.

The beauty and elegance of synchronized swimming captured in aerial photos

Epson Wants you To Print Again, Makes Printers That Last 2 Years Per Ink