With the announcement of the D810 Nikon needed great footage to demonstrate the capabilities of the camera. My friend Preston Kanak was one of the selected few who was asked to use the camera and deliver both footage shot with the camera, along with a compelling story and a behind the scenes look on using the camera. (The BTS is above, the actual movie right after the jump, both amazing cinematography)

As those endeavors usually go, Preston only had about 20 days to deliver a polished product. It is not a lot of you consider the magnitude of the production. Preston breaks up the project on his blog, and you can get a glimpse as to the magnitude of the production. What we were curious about is what steps were taken to deliver on time. Here are the awesome pointers he shared with DIYP.

Producing content on a quick turn around requires attention to detail and careful planning. For the project, ‘Every Moment Counts’, we landed in Nova Scotia on June 16th and were set to deliver all assets on July 6th. Because of this short time period, there were a few challenges we had to overcome. 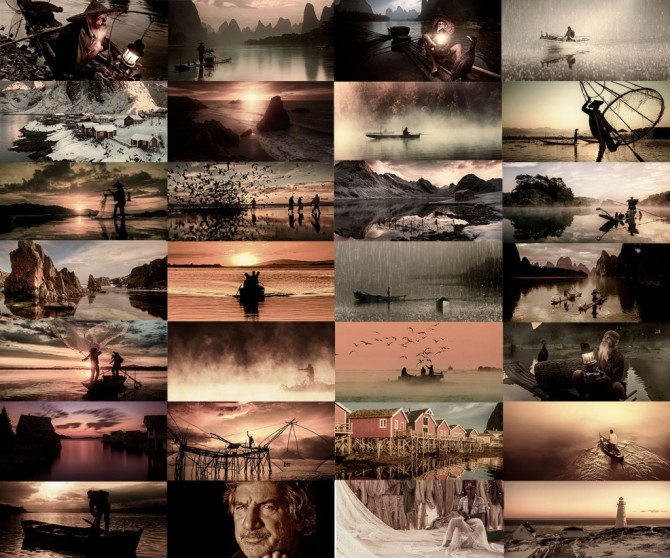 Our first major obstacle that we had to overcome was to secure talent and locations. Before landing in Nova Scotia, we had one potential candidate lined up and although he had a great story to tell, it wasn’t quite what we were looking for. We then spent the next four days searching out new talent as well as locations.

Our biggest word of advice for others looking to produce something similar is to immerse yourselves as much in the local culture as possible. Talk with the locals. Make friends. Ask questions. Introduce yourself and most importantly, be friendly and show interest in what they have to say.

Our other major obstacle was delivery time on assets. We were shooting right up to July 4th so we had to start working with our assets right on location. Without having done the prep before hand, we would have had no chance at finishing before our delivery date.

For our documentary, we had a concept breakdown developed before landing and had an idea of the key story points. We had the questions prepped before finding our lead and catered as we needed to ensure we captured the story we needed. We shot the interview on day five and by doing this, we were able to cater our supporting footage based on our locked story edit. 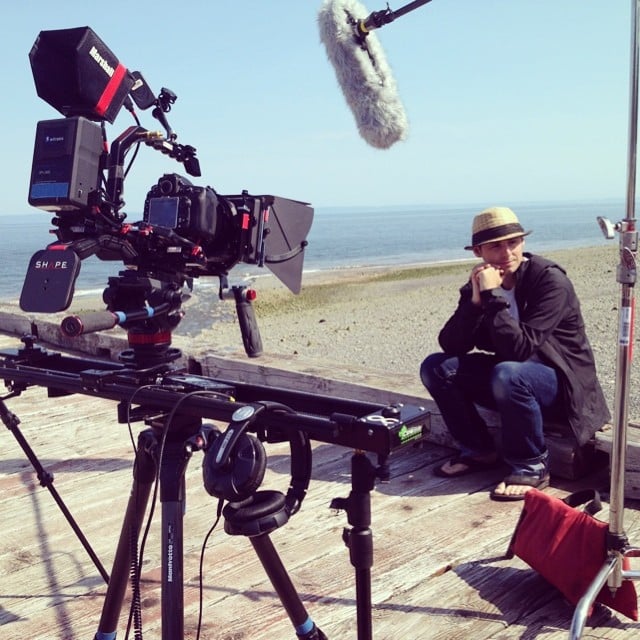 Before landing in Nova Scotia, we already had our intro and our script written and recorded and our music selected for the piece. All we had to do while on location was shoot the interviews and supporting footage.

For this film, we separated the days in which we shot our interviews as we wanted to shoot the final interviews as close to the delivery date as possible to include a comprehensive coverage of the project. For the crew that wasn’t on location for the entire shoot, we did their interviews first and edited the sound bites right after the interview. For the rest of it, we pushed hard to assemble the edit right after we filmed the interview so we could start putting together a rough assembly as early as possible.

For this project, logistics were one of the main challenges. Being that we were unable to head to Nova Scotia prior to our shoot for the scout, we had to coordinate everything from abroad. By doing this, we had to rely on the experience of others who were from the region to guide us and provide recommendations and support. Luckily, one of our crew members grew up in Nova Scotia so we were able to rely on him for a lot of the support that was needed. 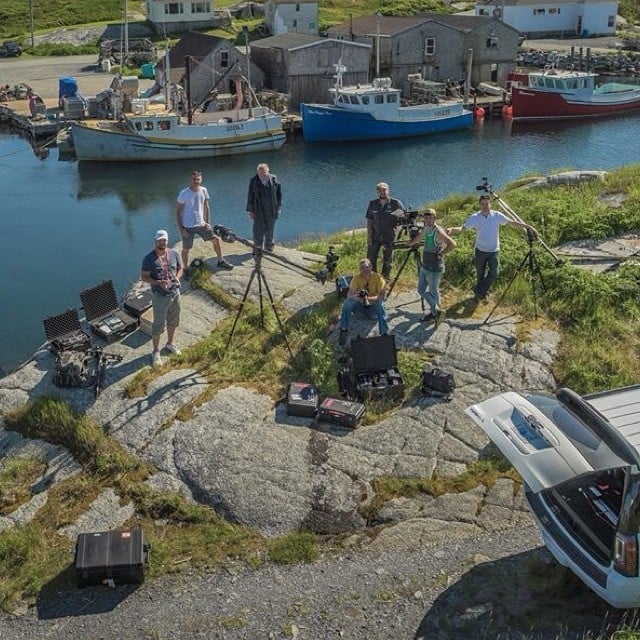 While on location, crew, gear and accommodations were the main logistical challenges. For the shoot, we had people coming and going throughout the three-week period. Unfortunately, the airport was two hours away and we didn’t have the support we needed to do airport runs so we had to do them. Luckily, we were able to schedule our shoots around these pickups and it didn’t end up being too much of an inconvenience.

Getting gear to Nova Scotia was also a bit of a challenge. We chose to fly WestJet and they have a four-bag policy and no exceptions for media. We had to ship 5 cases with WestJet cargo, take eight with two of us that were flying from Saskatchewan and then have the other crew members bring the gear out as well. With us having connecting flights out to Nova Scotia, we were a bit concerned that some of the bags wouldn’t show up but luckily, all showed up with us!

The last major challenge was distance between locations. For this trip, we put on about 8000 km because we really wanted to check out a good portion of the province. The downfall with this was that we spent a lot of time in the vehicle.

Redundancy is key. We had five copies of all content as other crew members wanted to play with content and I wanted three copies myself. Delivery was just via web :).