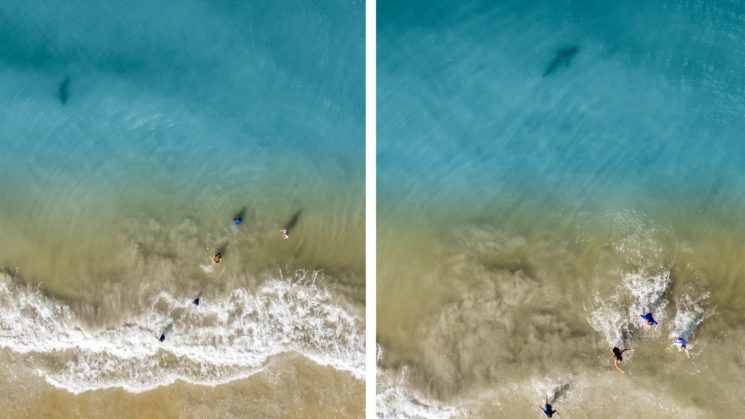 While his wife and kids were playing in the shallow water at New Smyrna Beach in Florida, Dan Watson decided to take their photo from air. And boy they were lucky that he did! As he got his Mavic 2 Pro into the air, he spotted a shark moving towards his family. He rushed them out of the water and took incredible photos as they were running to safety.

In an interview with FOX35 Orlando, Dan said that he saw a shadow approaching his wife and three kids as he was taking aerial shots. He immediately rushed to them and told them to get out of the water. In the first photo, you can see the family as they were still unaware of the danger. And in the second image, you can see the moment they are running towards the beach. 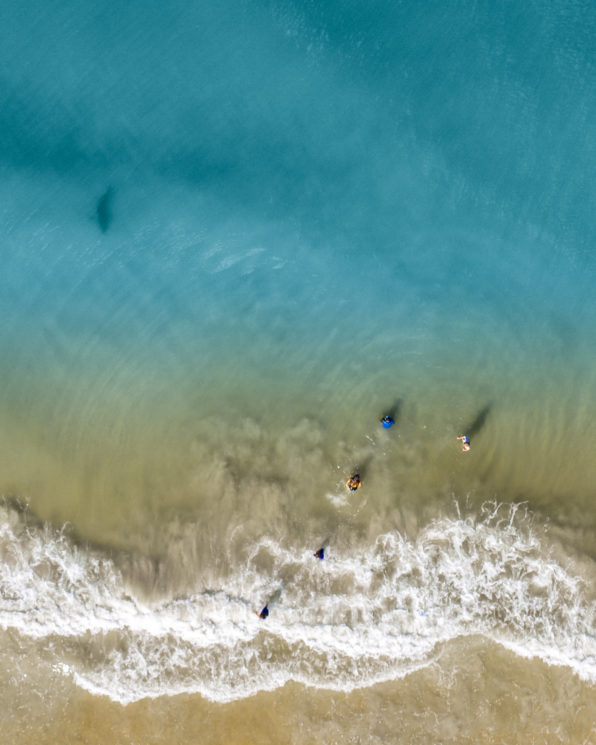 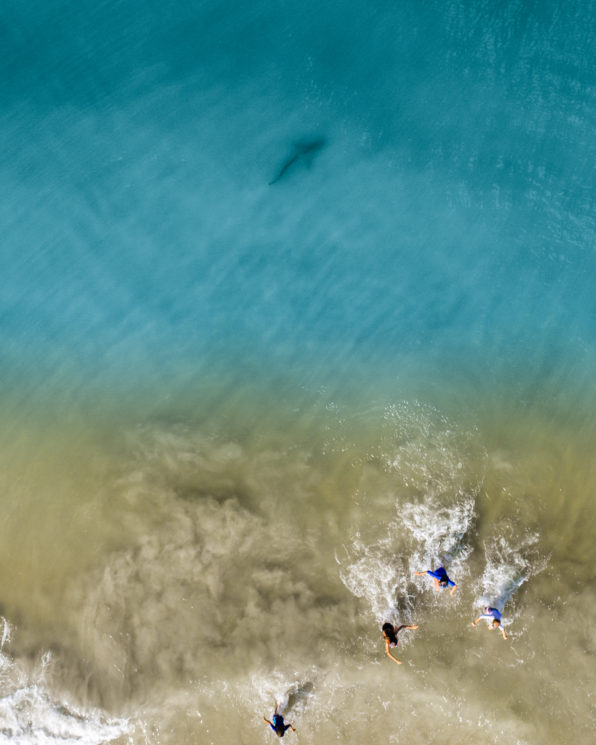 Fortunately, Dan spotted the shark on time and everything ended well. No one got hurt, but it sure was a terrifying experience, as Dan told us. It gets especially scary when you know that an 18-year-old boy was bitten on Sunday at the same beach.

As I said, it all ended well and I’m sure glad that it did! After the initial shock, Dan posted the story and photos to Instagram. “Thinking my [DJI] drone is now coming with me to every beach day,” he concluded. Well, it turns out that a drone can be a lifesaver, so maybe that’s not such a bad idea!