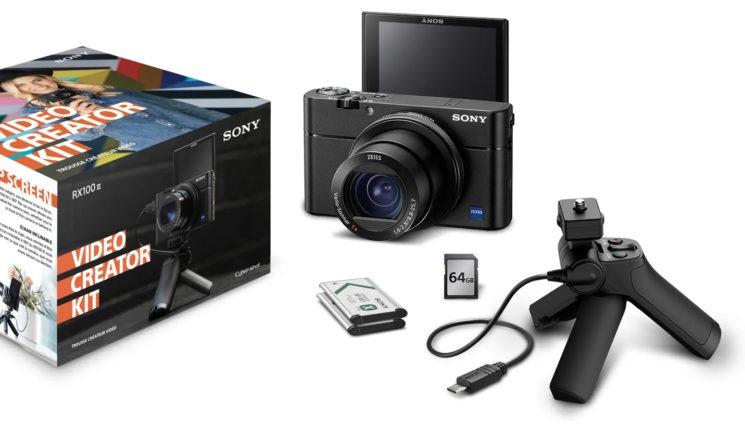 Ok, is it just me or are we living in 2014 again? Sony has today announced a “new” video creator kit which includes the Sony RX100 III camera. Yes, in a time where Canon is finally getting ready to add 4K video and an external microphone input to the G7X line, Sony re-releases (?) the Sony RX100 III, the 1080p compact camera announced in May 2014.

I’m not going to go over the specs of the RX100 III in this post, because everybody’s known what they are for five years already, but we will talk about some of the extra doohickies included in the kit that make filming and vlogging a little easier.

So, included in the kit is the Sony RX100 III itself, along with a 64GB SD card, a pair of batteries and the VCT-SGR1 Shooting Grip. The grip is quite interesting, offering control of zoom and capture functions without having to move your hand up tot he camera. It offers an ergonomic design for handheld shooting with either hand, and the legs pop out to form a mini tripod. 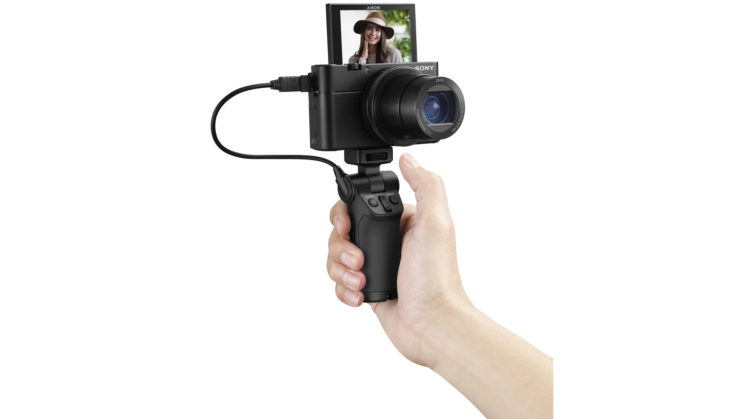 It seems an odd decision to me, to include such an old camera that isn’t even capable of 4K. I didn’t even know they still made and sold the RX100 III. It’s even weirder when you realise that this kit pretty much already exists, as an $891 package.

The only difference between the existing package and the newly announced one is that with the new one, the SD card is twice as big, there’s an extra spare battery, and it costs $100 less. Actually, it’s $200 less, as B&H currently has a $100 instant savings off the $799 regular price.

Anyway, if you want one, the Sony RX100 III Video Creator Kit is available to buy now for $699 ($100 off what will be the regular price), and Sony says they will ship sometime this month. Or, if you have money to burn, you can buy the RX100 III on its own for $748 and the VCT-SGR1 Shooting Grip separately for $98.