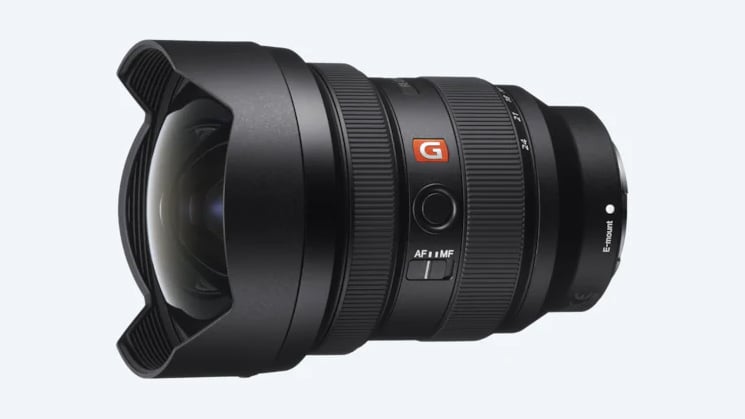 While Sony does also have a 12-24mm f/4 G lens, the new lens offers that wide 12mm focal length with a stop more light and a slightly shallower depth of field. And it has a mere 28cm minimum focus distance to help you make the most of it – when you’re not shooting landscapes. Nateinthewild has had the chance to take one out for a spin.

Sony says that the lens has been designed to complement existing their full-frame constant aperture f/2.8 zoom lenses including the 16-36mm f/2.8GM, 24-70mm f/2.8GM and 70-200mm f/2.8GM. While it is a full-frame E mount lens, it does also work on their APS-C bodies, too, where it offers the full-frame field of view equivalent to 18-36mm. 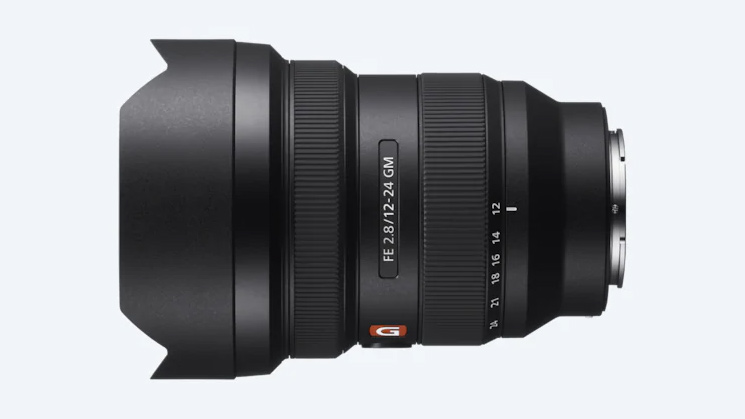 Despite going a bit wider than the usual 14-24mm f/2.8 lenses, it’s actually pretty similar in size and weight. It’s a little larger than the Sigma 14-24mm f/2.8 DG DN Art lens mentioned earlier, but actually a hair narrower and about 15% lighter than Nikon’s 14-24mm f/2.8G ED lens for their DSLRs and substantially smaller (and faster) than Canon’s 11-24mm f/4L USM lens. 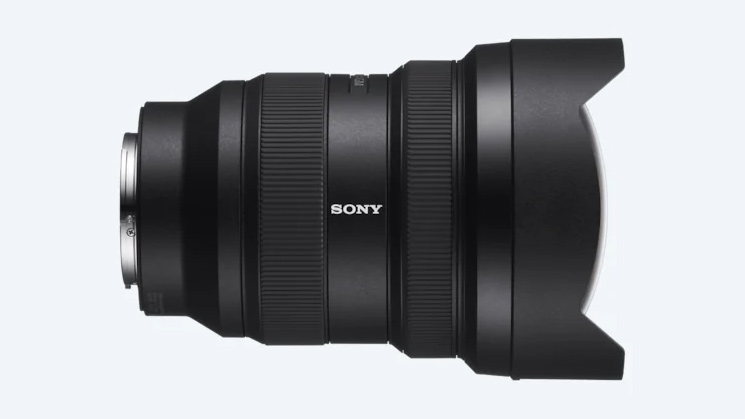 But, despite its relatively small size vs narrower and slower zooms, it’s still quite a chunky lens, with a bulbous front, as ultrawide zooms typically do. As such, there’s no front filter attachment, although I expect we’ll see some solutions from the usual companies coming at some point. What it does utilise are rear gel filters, and Sony includes a template with the lens for you to cut your own.

No, these aren’t the typical Lee and Rosco gel filters for your lights, these are optical gels designed specifically for lenses. Although, with a lens this wide, pretty much the only filter you might ever want to use is neutral density. Ok, maybe an ND Grade, which would almost certainly have to go on the front, but it’s often easier to just pull that shadow and highlight back in post or just bracket and composite. 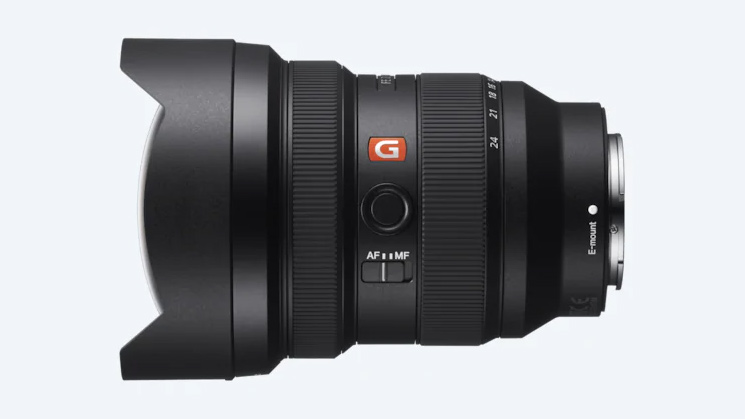 Despite being a photography lens, Sony also says that it’s no slouch for video, either. It offers a new kind of nano-coating, which sony calls Nano AR Coating II, to help deal with the extreme curvature of the elements inside the lens to minimise ghosting and flare, which is good for both photography and video. But it’s also focus-by-wire, which is normally a bad thing for video, although we’ve been told that it will offer the repeatability that video shooters demand to consistently hit their focus marks. It’s not a video-focused lens, they say it’s as optimised for video as it can be while still ultimately being a lens designed for photography.

It looks like an interesting, if not inexpensive offering from Sony and should keep those who wanted more than their 12-24mm f/4 G lens can offer very happy, if they’re willing to pay the price of entry.