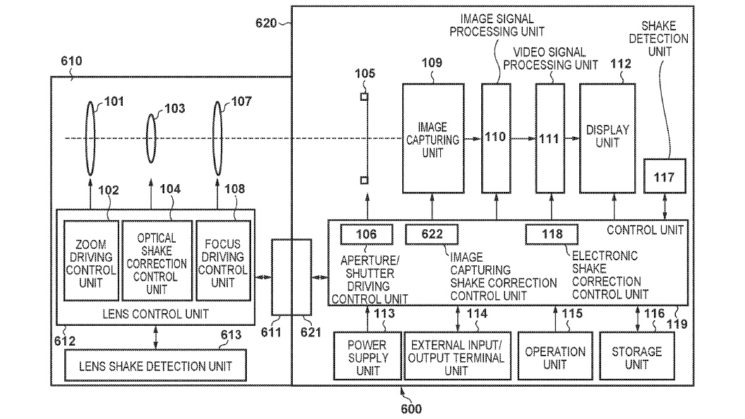 Canon saw a lot of backlash from consumers after it announced the new EOS R and EOS RP mirrorless cameras. Why? Well. amongst other reasons, because they didn’t have any kind of in-body image stabilisation. While Canon has many IS lenses for the EF mount, which are compatible with their mirrorless cameras through the use of an adapter, this just wasn’t enough.

Next came the announcement that future Canon RF mount bodies would have IS, but now it looks like they’re going a little overboard. A new patent published last week shows that Canon isn’t happy with the standard dual-hybrid stabilisation most systems use. Oh no, they’re developing a triple stabilisation system.

Most current implementations of electronic image stabilisation is in cameras (phones, action cameras, etc) which offer no kind of physical stabilisation whatsoever. So, it usually leaves a bit of a bitter taste, especially when shooting in dimmer conditions with longer shutter speeds. Even though the shot might be stabilised, you still see those motion blur artifacts that are impossible to eliminate digitally.

So, in essence, it’s a little bit like shooting one of those hybrid dual lens/body stabilisation systems that already exist, but then shifting Premiere Pro’s warp stabiliser into the camera so that you don’t have to do it (and waste a lot of time waiting for it to complete) in post. I do wonder if that might limit framerates, somewhat, though, when it is enabled. I imagine it would be fairly resource-intensive to do in realtime on something like a mirrorless camera.

It’s a pretty cool concept that should at least save time in post, even if it offers no other improvement over existing systems. If it comes to fruition, I can’t wait to see how it performs.