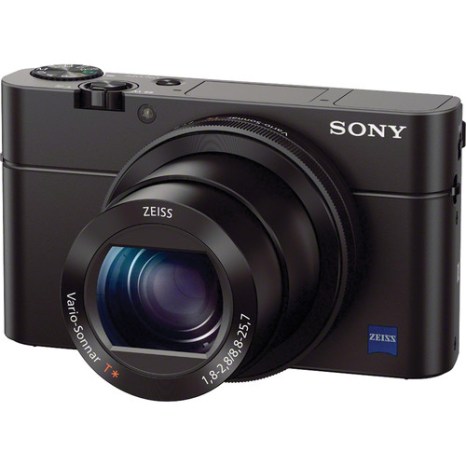 Sony’s announced the pricing and availability for the a7S, a camera recently unveiled at last month’s NAB Show. The flagship camera is now available for pre-order at B&H Photo Video for a price of about $2500, which is significantly less than what most of online media had been predicting earlier on ($3500, to be exact). Pre-order or not, you can grab the a7S when it’s officially released in July.

Aside from the pricing announcement finally coming out for Sony’s new DSLR, the company also decided to bring in the third entry to their RX100 series: the Mark III. 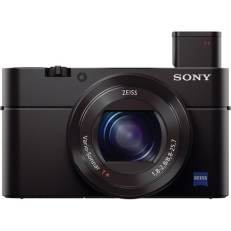 Where the RX100 III mainly deviates from its predecessors in terms of design is its addition of a 3-inch pop-up electronic viewfinder with the ability to tilt by up to 180 degrees. At about nine grams heavier than the Mark II, the camera manages to pack in a 20.1 megapixel sensor, 24-70mm wide zoom range, and an F/2.8 maximum aperture. The sensor itself is built with new and updated technology through Sony’s Exmor R BSI CMOS, which according to Sony is about three times faster than the sensor used in the RX100’s previous iteration; the processor itself has the capability to shoot at 10 frames per second at an ISO of up to 12800.

Oh, and the camera has WiFi connectivity too. No specifics on that because that’s just too much information for telling someone a camera can connect to the internet. 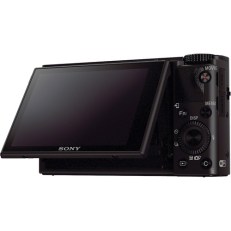 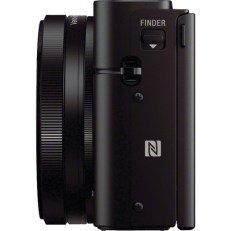 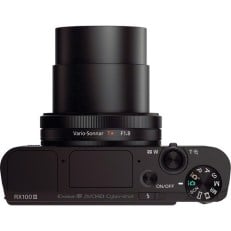 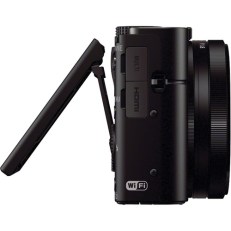 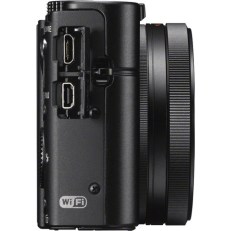 Having owned an Xperia Z1 Compact for a few months now, I love the classic approach Sony takes and sticks to with their products. While I’m not in the position to buy a compact camera at all, the design on this one makes it one of the best looking high-end compacts out there for me. But then again, maybe that’s because I just live on an all-black-everything basis; cameras included (I’m crazy for this one, Hov!). One thing I’d love to see is how well this thing does against Sony’s new Xperia Z2, a phone that’s been proving its worth as a camera enough to convince me that it can compete pretty modestly in a league like this. Of course, a Pokédex camera will at the end of the day remain overwhelmed by an actual camera, but it’s interesting to see how close its getting. With so many people investing into their phones as everyday cameras today, and going with a DSLR if otherwise, how well off is the compact camera itself?

Sony’s newest camera is already up for pre-orders, and you can grab one for delivery in june at a price of $800.

Pentax’s New Announcements: A Camera With Looks to Kill And A Wide-Angle Lens

« Why Composition is So D–n Important
We Built Our Own World: Wally Pfister and the Cinematography of Inception »