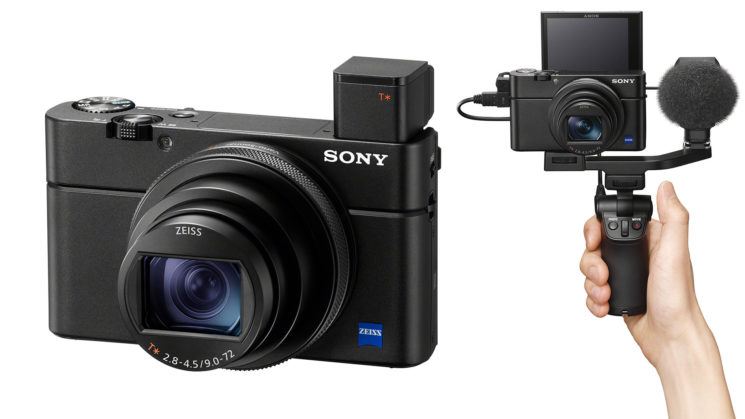 Following suit from the recently announced Canon G7X Mark III, Sony is finally adding a microphone jack to its RX100 series of cameras with the new Sony RX100 VII. It looks like both Canon and Sony have finally woken up to the fact that most people who buy their flagship compact cameras these days are vloggers and being able to plug in a mic is a bit of a big deal to many of them.

Externally, the RX100 VII is essentially the same as the RX100 VI, except for the new microphone socket. But under the hood, it sees a few rather nice upgrades, including real-time Eye AF and tracking, a new 20-megapixel 1-inch stacked CMOS sensor, and a new “Single Burst Shooting Drive Mode” that shoots stills up to 90fps.

If you want to actually use a microphone, though, you’ll likely want to pick up the camera with the “Shooting Grip Kit” option, which includes the camera, grip that can act as a mini tripod, and a microphone bracket. There’s no hotshoe on the camera itself to mount a microphone, and even if there were, it’d block the flippy up LCD. 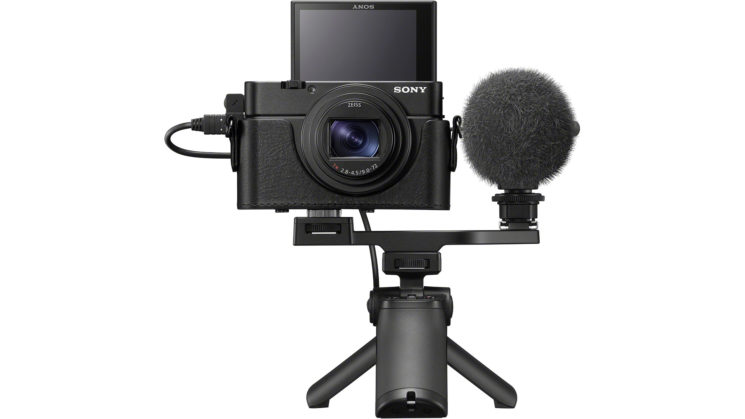 While the resolution of the camera hasn’t changed from its predecessor, the new 20-megapixel sensor uses stacked sensor technology, similar to that found within cameras like the Sony A9. Of course, I probably wouldn’t expect A9-like performance out of this thing, but it should theoretically mean fewer artifacts resulting from rolling shutter issues. 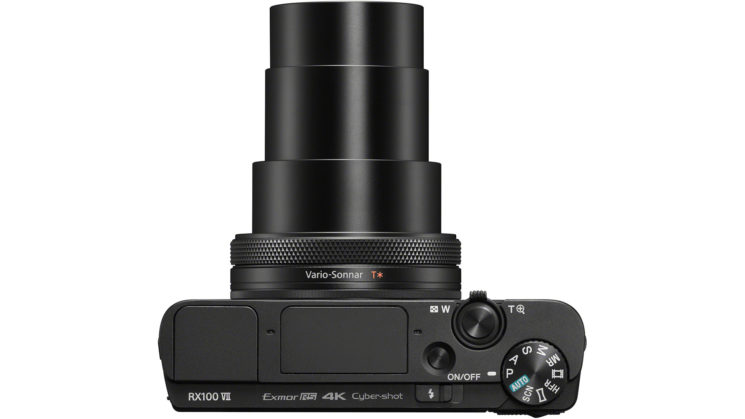 It features the same Zeiss Vario-Sonnar T* 24-200mm equivalent f/2.8-4.5 lens, although Sony says that the stabilisation has been improved over previous generations. Sony also seems to be trickling some of their other higher-end mirrorless features down to this little compact, too. Features like real-time tracking and real-time eye autofocus, which are also found in cameras like the A9 and A6400. And the RX100 VII has the real-time AF and tracking available when shooting video. 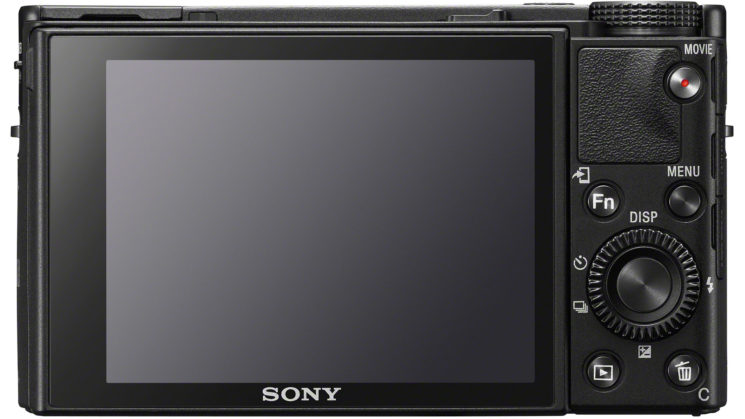 For those times when you might choose to shoot stills, a new Single Burst Shooting Drive Mode lets you snap away at up to 90 frames per second in order to increase your chances of capturing the exact shot you want at the right time.

Overall, it looks like the Sony RX100 series might actually finally be where users have been begging for it to be for at least the last 3 or 4 generations. With Canon also now getting clued into what their G7X series users want, it will be interesting to see how these two models compare when they get into the hands of users.

The Sony RX100 VII is available to pre-order now for $1,198 and will be available soon for around $1,300 with the Shooting Grip Kit. Shipping is expected to begin mid-August.