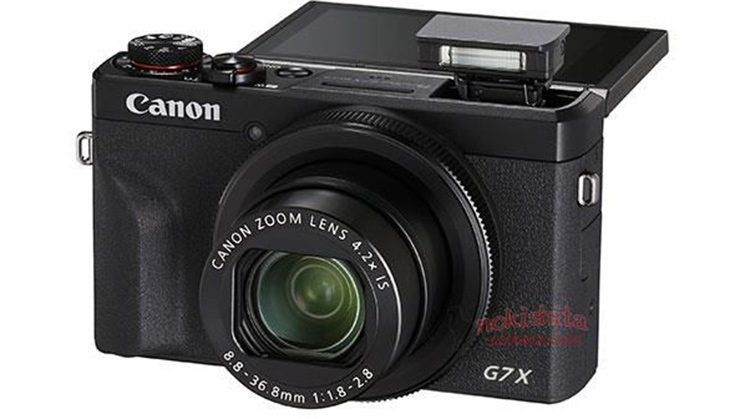 In a dwindling compact camera market, the Canon G7X Mark II has proven to remain very popular – particularly amongst vloggers. It’s a fantastic little camera for what it is and has received many great reviews since its release in 2016. But many people all had the same complaint. It only shoots 1080p.

The G7X line’s major competitor is Sony’s RX100 series, and those have shot 4K ever since the Sony RX100 IV was released back in 2015. But now Canon looks to finally be catching up after Nokishita leaks specs and photos for the soon-to-be-officially-announced Canon G7X Mark III. It shoots 4K, and even has an external microphone socket! 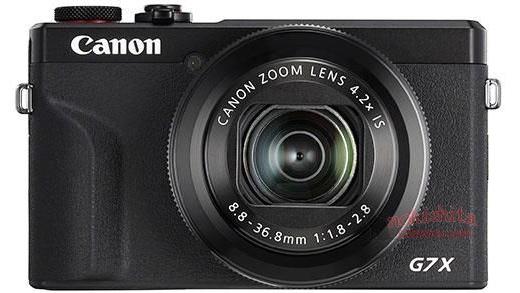 According to the leaked photos, the exterior appearance of the G7x Mark III is fundamentally identical to the G7X Mark II. It also houses a 20.1-megapixel 1-inch CMOS sensor. Whether or not it’s the same one as the Mark II is unknown. It still has the popup flash in the same spot (not that that’ll matter for most people), and the LCD is still flippy up instead of flippy out. 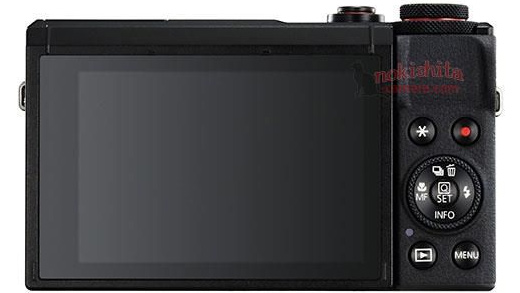 The G7X Mark III is also reported to shoot 1080p video, except it now does it at up to 120 frames per second due to the addition of 4K UHD (3840 x 2160) video. They also say that it will finally get a microphone socket. There doesn’t appear to be an easy way to mount a microphone to the camera, though (no hotshoe), so perhaps a GoPro-style with a direct plug-in side-mic with no cable would be the best solution. I wonder if a Rode VideoMic Me would work?

The G7X Mark III appears to be what people had hoped for in the G7X Mark II. What it really needed three years ago to blow Sony away in the vlogging space. The G7X Mark II has held its own very well, although Sony now has a solid foothold in that space with more recent RX100 releases. Perhaps this might strengthen Canon’s position going forward. 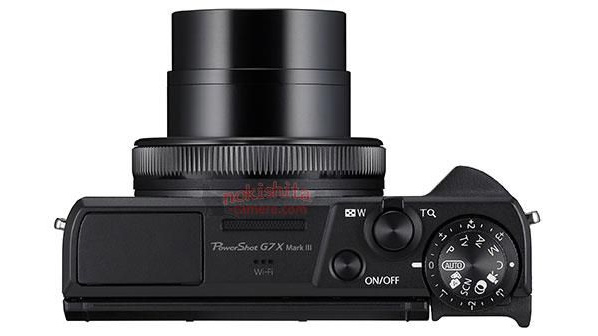 I went back and forth for a while on whether I should add a G7X Mark II to my kit, but the lack of 4K video and particularly the missing external microphone input were always the things that ultimately put me off. But this one might have to be added to my bag at some point.

There’s no word on when an official announcement will happen yet and do bear in mind that we’ve heard rumours about the G7X Mark III before. But the specs shown now are somewhat different to those mentioned a year ago. And there was no mention of a microphone socket then, either. In fact, I specifically pointed out that it would be its single biggest downfall amongst vloggers if it didn’t have that.

Now, though, seems about the right time to release an update to the G7X Mark II. Also, this time around the leak includes product photos. So, hopefully, it won’t be too long before we do hear an official announcement from Canon. Although, as with all rumours, I’d still take it with a grain of salt until we do hear from Canon themselves.