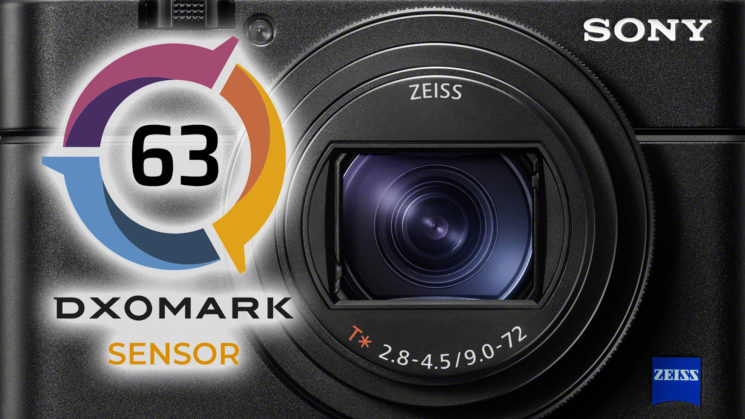 The Sony RX100 VII is the latest in Sony’s line of popular RX100 compact cameras. DxOMark recently posted their review of the RX100 VII’s sensor in Sony’s latest iteration and found it to be a little lacking compared to previous generations.

Released in July 2019, the RX100 VII is an update to the RX100 VI. It was a welcome update, particularly for vloggers thanks to the addition of the microphone socket. It features the same 24-200mm equivalent lens introduced in the RX100 VI, but it also came with a new stacked BSI CMOS sensor, which DxOMark says doesn’t stand up to the earlier model.

Aside from the microphone socket and the new sensor, the RX100 VII and RX100 VI are essentially the same camera, albeit with a $200 price difference.

DxOMark gave the RX100 VII an overall score of 63, which is pretty disappointing. Especially so when the original Sony RX100 released in 2012 scored 66. DxOMark says that they expected the RX100 VII to score closer to 70, which is what the Sony RX100 V scored.

DxOMark’s final conclusion doesn’t say that the sensor sucks, although it’s not really a glowing recommendation. The new sensor does come with some benefits, like real-time tracking AF, but still…

With sensors larger than those found in typical compacts, offering 20MP resolution and high image quality with low noise, and with dynamic range approaching that of some interchangeable-lens camera, the Sony Cyber-shot RX100 series has come to define an enthusiast’s advanced compact ever since it was introduced in 2012.

Although it doesn’t quite match the exceptional imaging performance of the previous generation of 1-inch type BSI CMOS sensor, the Sony RX100 VII’s newly-developed “stacked” sensor comes very close. With its built-in DRAM and enhanced PDAF providing a number of benefits, along with the Real-Time Tracking AF feature, it seems a fair tradeoff. All in all, with its new capabilities and solid image quality, the Sony Cyber-shot DSC-RX100 VII looks like one of the most compelling compacts available.

Given DxOMark’s findings, that $200 price difference between the RX100 VII and RX100 VI is an awful lot of extra money to pay for a microphone jack and reduced image quality.

You can read the full review on the DxOMark website.