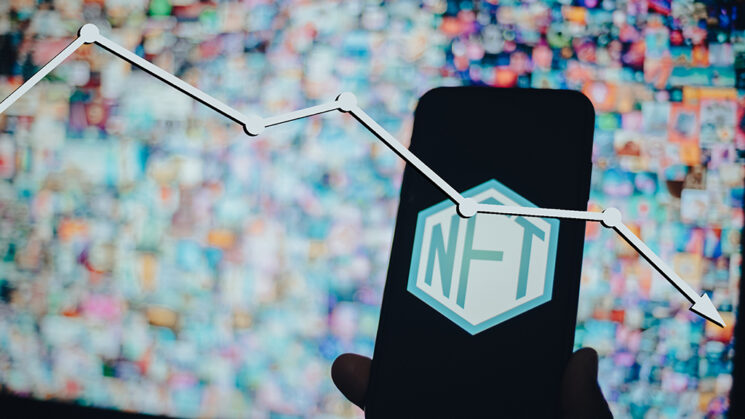 It was only a matter of time: non-fungible tokens or NFTs have seen a massive drop in sales since the beginning of 2022. In only nine months, the NFT sales have dropped by a whopping 97%.

The drop in sales alone isn’t the only problem, nor it came to being on its own. As it turns out, a bunch of NFTs has been fake or stolen and many accounts have been hacked, so it’s no wonder that people are rapidly losing interest and trust in digital collectibles.

According to Gizmodo, the data was collected from major NFT trading platforms such as OpenSea, NFTX, LarvaLabs, LooksRare, SuperRare, Rarible, and Foundation. The results show that trading volume for NFTs has gone from $17 billion in January to 466 million in September.

NFTs exploded in popularity around the summer of 2021, and all of a sudden, everyone wanted their piece of that cake. I’ve seen plenty of artists selling their work as NFTs, and it included ridiculous photos like selfies. Big companies and publications like Magnum Photos and Associated Press joined the NFT craze too, offering different collections as NFTs. Even Behance and Instagram, and Facebook let you sell NFTs on their own platforms.

On the other hand, fraudsters saw their opportunity as well when the NFT craze took off. Millions of NFTs were stolen and accounts were hacked, with hackers profiting instead of the artists. According to a report from January this year, over 80% of NFTs minted for free on OpenSea were fake, plagiarized, or spam. So, with the supply largely overcoming the demand and people losing trust in digital collectibles, I’m not surprised but this course of events at all.