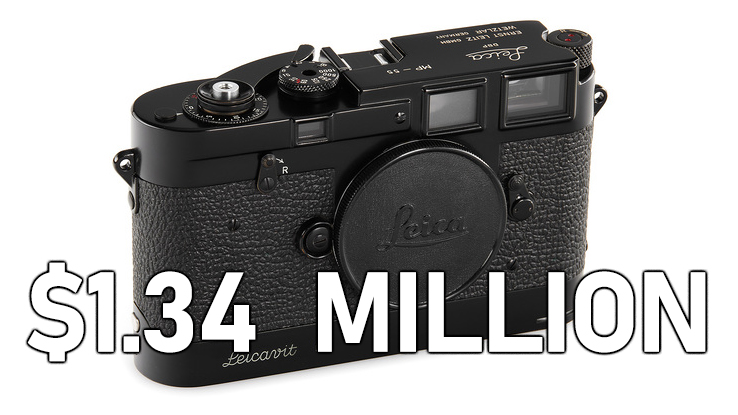 A rare 1957 Leica MP Black Paint edition camera was recently listed at the 39th Leitz Photographica Auction. The camera has been sold, earning a whopping price of over $1.34 million, which is its highest value by far.

The Leica MP was introduced to the public at Photokina in Cologne in 1956. “It was much more than a mere variation of the Leica M3,” the auction reads. “It was the only serial model which has an individual number, differing fundamentally from the usual fabrication numbers of all other Leica cameras.”

There were only 412 units produced, which makes the MP one of the rarest Leica models of all time. The black-paint version was produced only 141 times, so it’s no wonder that this operable piece has reached such a high price half a century later.

The auction reads that it was mainly professional photographers who used the Leica MP, including many of the famous Magnum photographers. “Today it is among the most sought-after Leicas of all.” It was delivered to Leitz London on 24 July 1957.

“The Leica MP is one of the most important Leica cameras made and probably the one that started the trend of black paint M cameras being used by professionals and loved by collectors nowadays.”

With the price of €1.2 million, it sure is among the most expensive pieces of gear ever sold at an auction But to my knowledge, the 1923 Leica still holds the record with twice as much: €2.4 million.