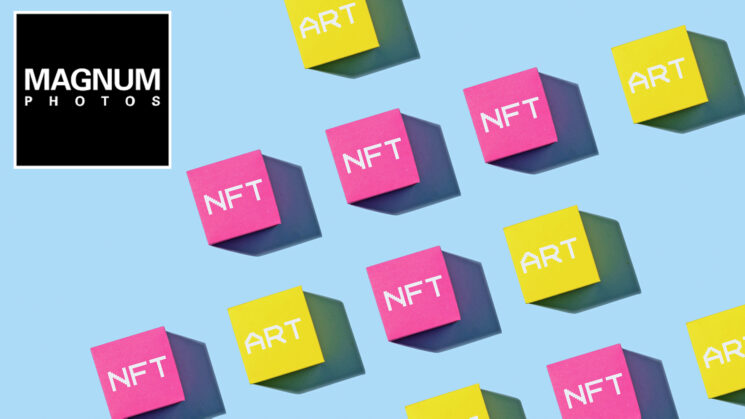 Magnum Photos has joined the NFT craze and announced its very first collection. The renowned photoagency celebrates its 75th anniversary this year, and the collection is a part of the celebration. As you can imagine, it contains plenty of incredible photos from Magnum’s archive. And that’s not all – it’s only the first out of three NFT collections planned to be released this year.

The first collection, Magnum 75, was first revealed on Foundation on Tuesday, 28 June. Over the course of two weeks, from 28 June to 12 July, six drops will take place, each of them including photos from Magnum’s archive. The photos in the collection cover Magnum’s long history from the 1940s until this day.

Magnum 75 NFT collection contains 76 images and it has been curated by Alejandro Cartagena, photographer and co-founder of Obscura. “To look into Magnum’s vast archive is to look into the evolving history of photography as a language,” Cartagena said.

“For this selection, which marks the first steps of the agency into yet another horizon for photography with the emergence of blockchain technology, I decided to focus on the ingredients that make certain images stand out from the rest – the elements that all photographers should be aiming for. These 75 images celebrate not only the endurance of Magnum Photos but the quality that has made this longevity possible.”

Magnum Photos isn’t the first major photo agency that launched its NFT collection – AP did it earlier this year. However, it was soon accused of profiting from suffering over a photo of migrants on a boat. Consequently, the AP canceled the NFT sale of the photo and issued an apology to the public. Hopefully, Magnum will have better luck and less controversies with its first collection and the ones to come. You can check out the first collection here and bid for the images you like.

The Associated Press joins the NFT craze with its own marketplace