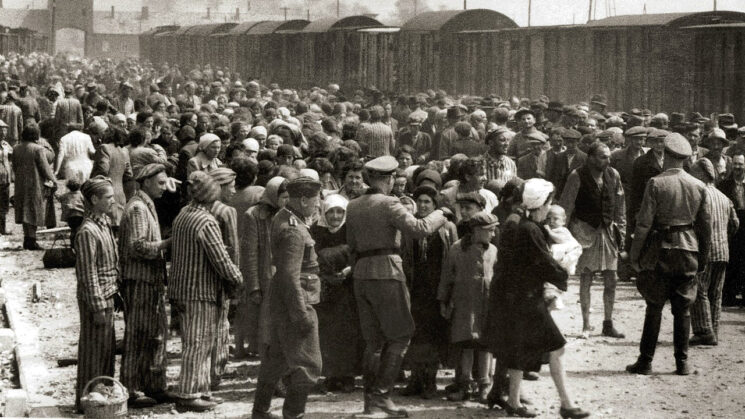 As I’m sure you know, Holocaust victims count millions of people. The estimates go between 11 and nearly 27 million, and according to some sources, more than one million of them remain unidentified. This makes it impossible for their descendants to discover them, learn more about their history, and pay a tribute to them.

Daniel Patt, a software engineer working for Google is on a mission to help them. He has created From Numbers to Names (N2N), an AI facial recognition platform that identifies unknown Holocaust victims from the Second World War photos.

Daniel found inspiration for this project in Warsaw’s POLIN Museum of the History of Polish Jews, but in his family story as well. Speaking to the Times of Israel, he said that he remained haunted by the photos of Holocaust survivors and victims after visiting the museum. What if he passed by photos of some of his own relatives? What’s more, three of his four grandparents are Holocaust survivors from Poland. He wanted to help his grandmother find photos of the members of her family murdered by the Nazis – and the idea was born.

N2N is free, available to everyone, and pretty simple and straightforward to use. You can upload a photo, and the software searches its database, connecting your photo with the best match, offering you the ten best potential ones. Daniel notes that the software works best if you upload a photo from approximately the same era, and before the 1960s.

The uploaded face is compared against over 170K faces from the current data set relying on The US Holocaust Memorial Museum’s Photographs Collection. Daniel is working to expand the database further and gain access to 700,000 more photos from the pre-Holocaust and Holocaust eras.

The project is non-profit and Daniel is working on it on his own time and with resources, as he told the Times of Israel. However, a growing team of engineers, data scientists, and researchers have joined his efforts with a mission to keep expanding the reach and accuracy of the software, as well as the database.

Other than money, limited time is the biggest challenge for Daniel’s project. “There’s an urgency to this effort as the last remaining survivors pass, and there are many connections that could still be made,” he tells the Times of Israel. “We hope that N2N can help build those connections while the survivors are still with us.”