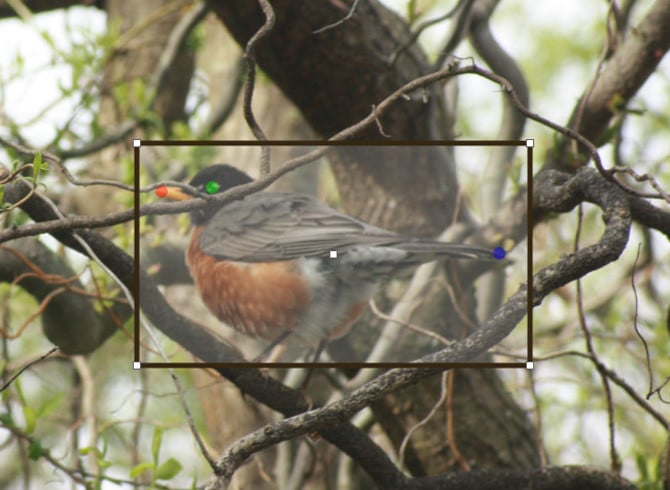 I am no John J. Audubon and make no professions as an ornithologist. However, birds can be intriguing characters. For instance, one year we had a female cardinal who relentlessly attacked our sliding glass door for HOURS EVERY DAY. She, in particular, has stood out in my mind.

Every so often, especially being that we live in the middle of nowhere in rural Pennsylvania, occasionally we (particularly my wife, because the fowl of the air really don’t intrigue me) run across a bird of interest hailing from an uncommon species. “What kind of bird is that?” she will ask. “Beats me,” I calmly respond. “Have you ever seen it before?” she prods. “Nope,” I reply. “Doesn’t it look li–,” she starts, but, knowing what is coming, I cut her off, becoming slightly aggitated. “I seriously have no idea. Where’s my sandwich?”

However, thanks to the development team at the Cornell Lab of Ornithology, she can take a photo of the bird, run it through their bird ID analysis, and leave me the heck alone!

The men-in-lab-coats at the Cornell Lab of Ornithology are the ones responsible for Merlin, a mobile app that aids you in identifying North American birds based on your current geographic location along with some answers to simple questions about the bird’s color, size, and observed activities.

Now, you can skip all that mumbo-jumbo by uploading a photo of a bird directly to their bird ID engine, point out a couple features, and let the magic of the Internet do its work.

So, I decided to give it a try to see how accurate the system really is… 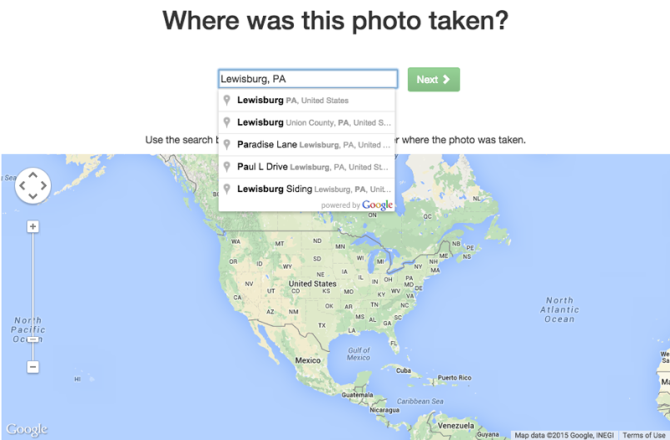 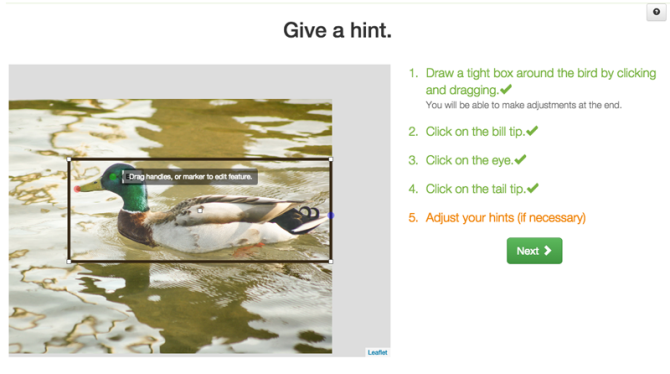 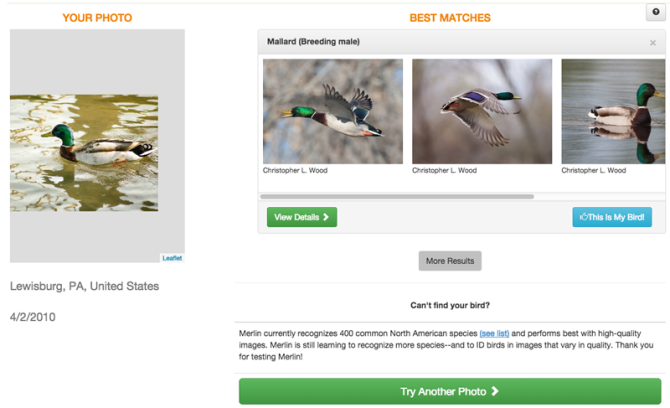 Not bad…not bad.  So, I gave it a got with a less-obvious pose: 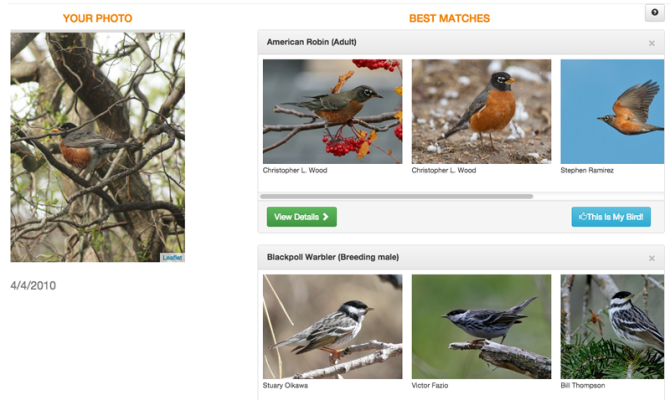 Again, pretty impressed.  However, the system is not foolproof. 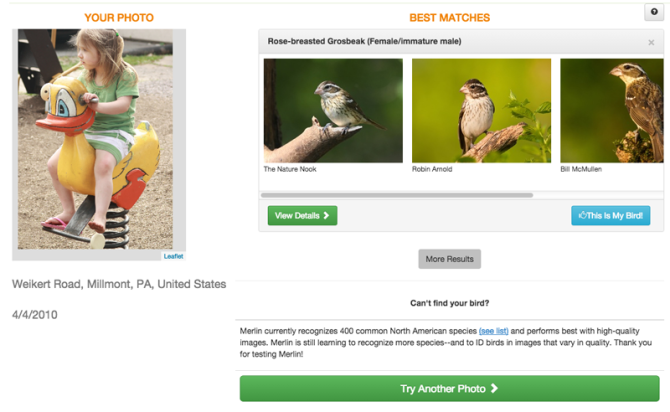 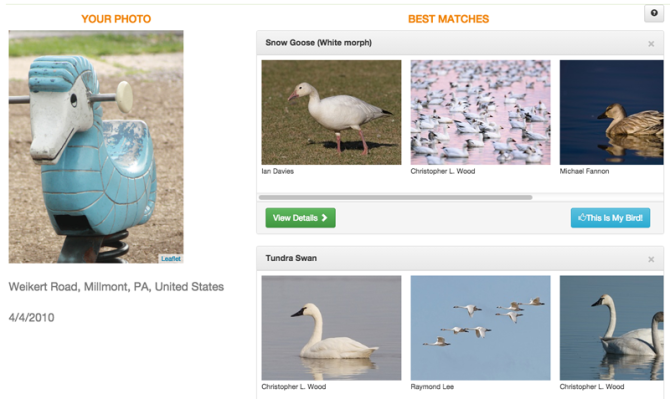 And, when it came to Jackson Browne, this was one old bird it just refused to identify. 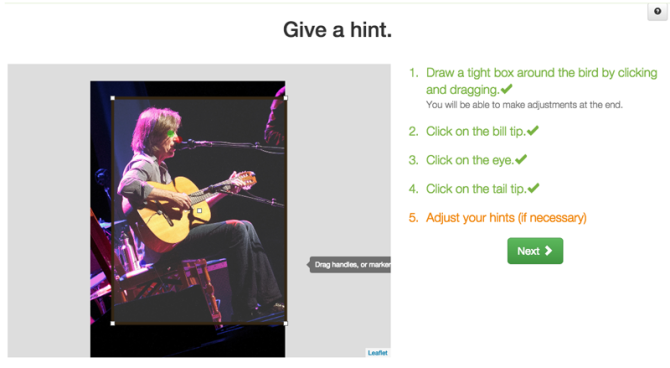 Despite the obvious flaws in the system, it’s still pretty good at identifying a bird when it truly is a bird.  Perhaps not the most useful tool for everyday life, but avid birdwatchers and wildlife photographers just might find it to be what they’ve been looking for.