Itamar Campos is a Brazilian landscape and nature photographer whose “birds sitting on long lens” images have caused marvel among his peers and photographers in general.

The bird images are captured inside the Atlantic Forest which is 70km outside the city Curitiba, where Itamar resides. The city is located in the Parana state in the southern parts of Brazil.

Itamar tells DIYP that it is only during the coldest winter days that he heads out for bird photography. His secret spot is a small ranch in the middle of the Atlantic Forest. Eight hours of bird watching may result in as much as 2,000 to 3,000 images, but, according to Itamar, only 10 to 15 of them yield a satisfying result. A great image with which he is happy equals a good composition and a variety of birds on and around the Canon 400mm lens. How he manages to have up to five bird species in the frame is Itamar’s well-kept secret. 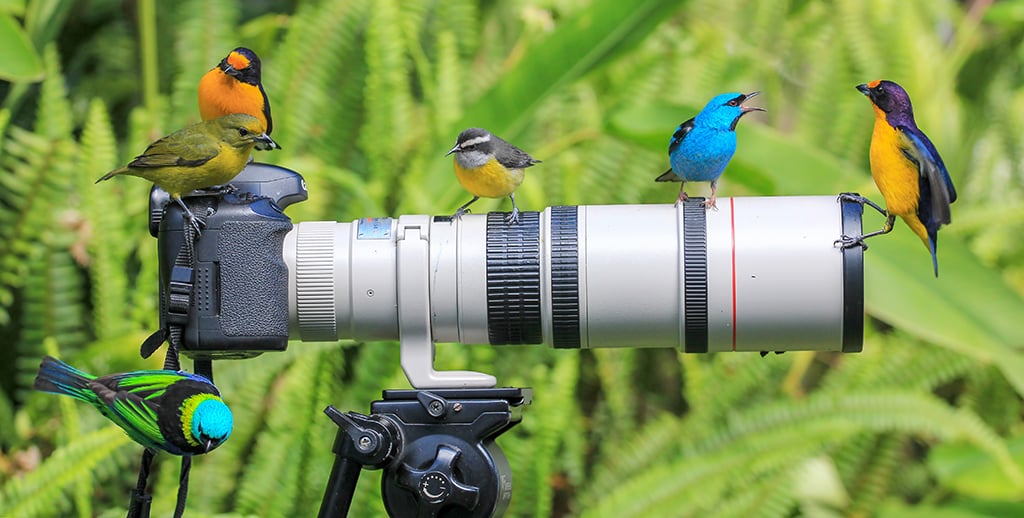 Due to rising winter temperatures in Brazil the past years it has become increasingly difficult to shoot the kind of bird images in which Itamar has made a specialty.

Sometimes he can approach the birds and shoot them at only around 1,5 meters. He then often prefers a 100mm lens. Light conditions determine the settings, but a very fast shutter speed is necessary to freeze the birds. 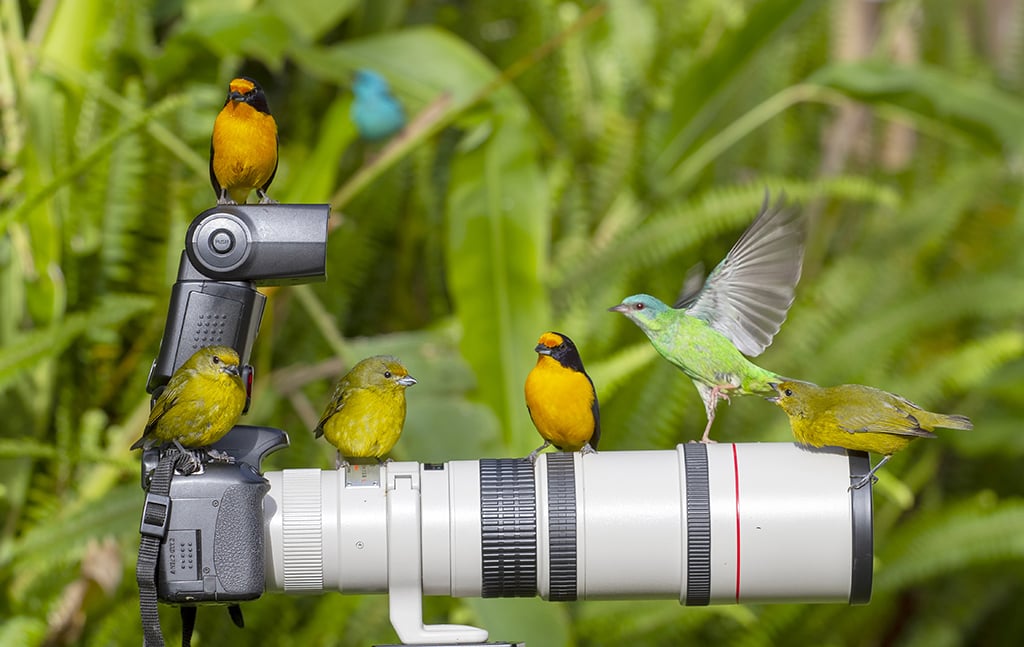 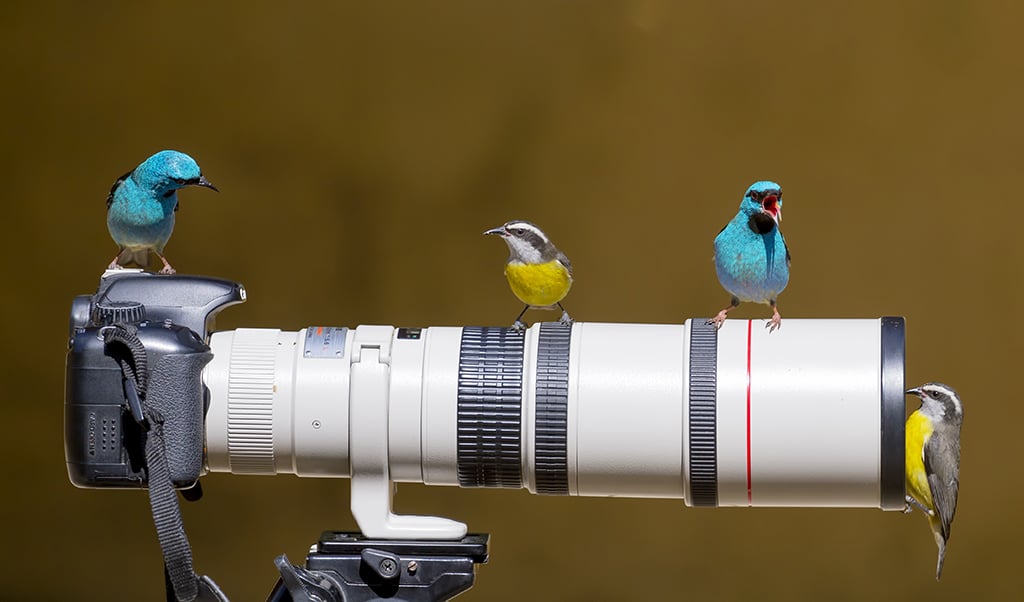 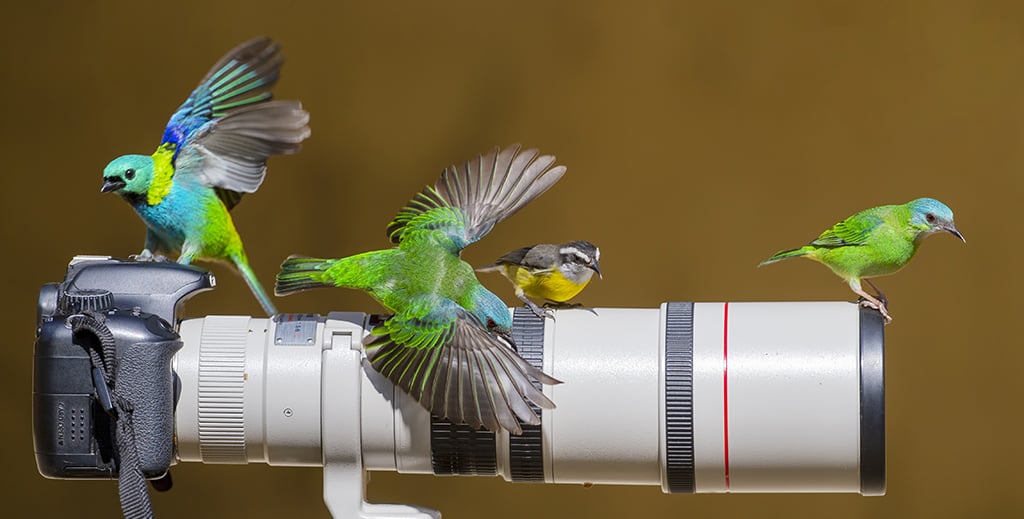 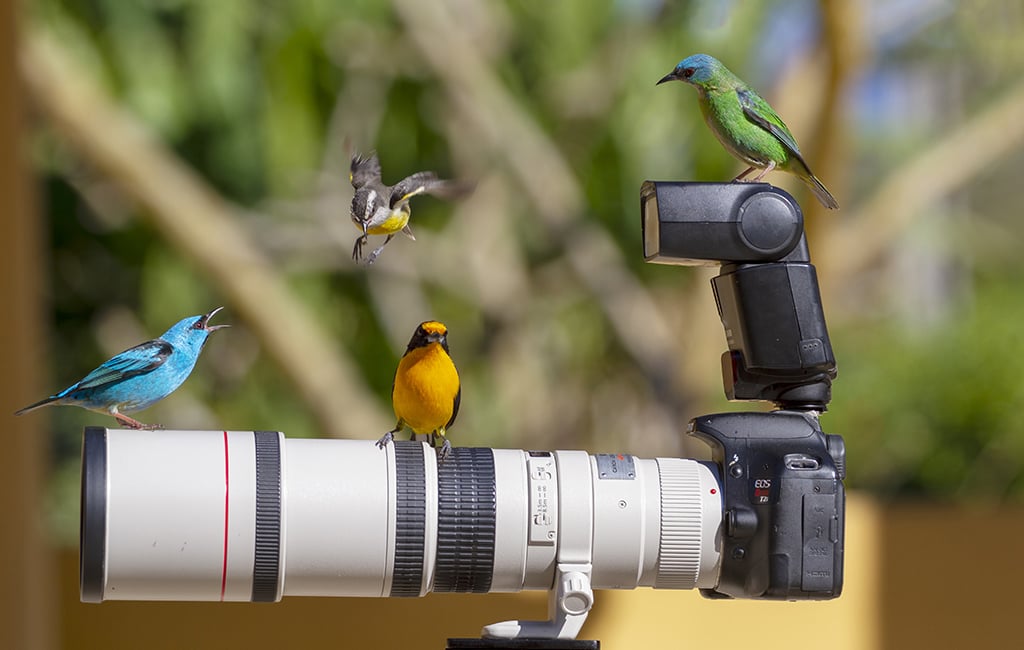 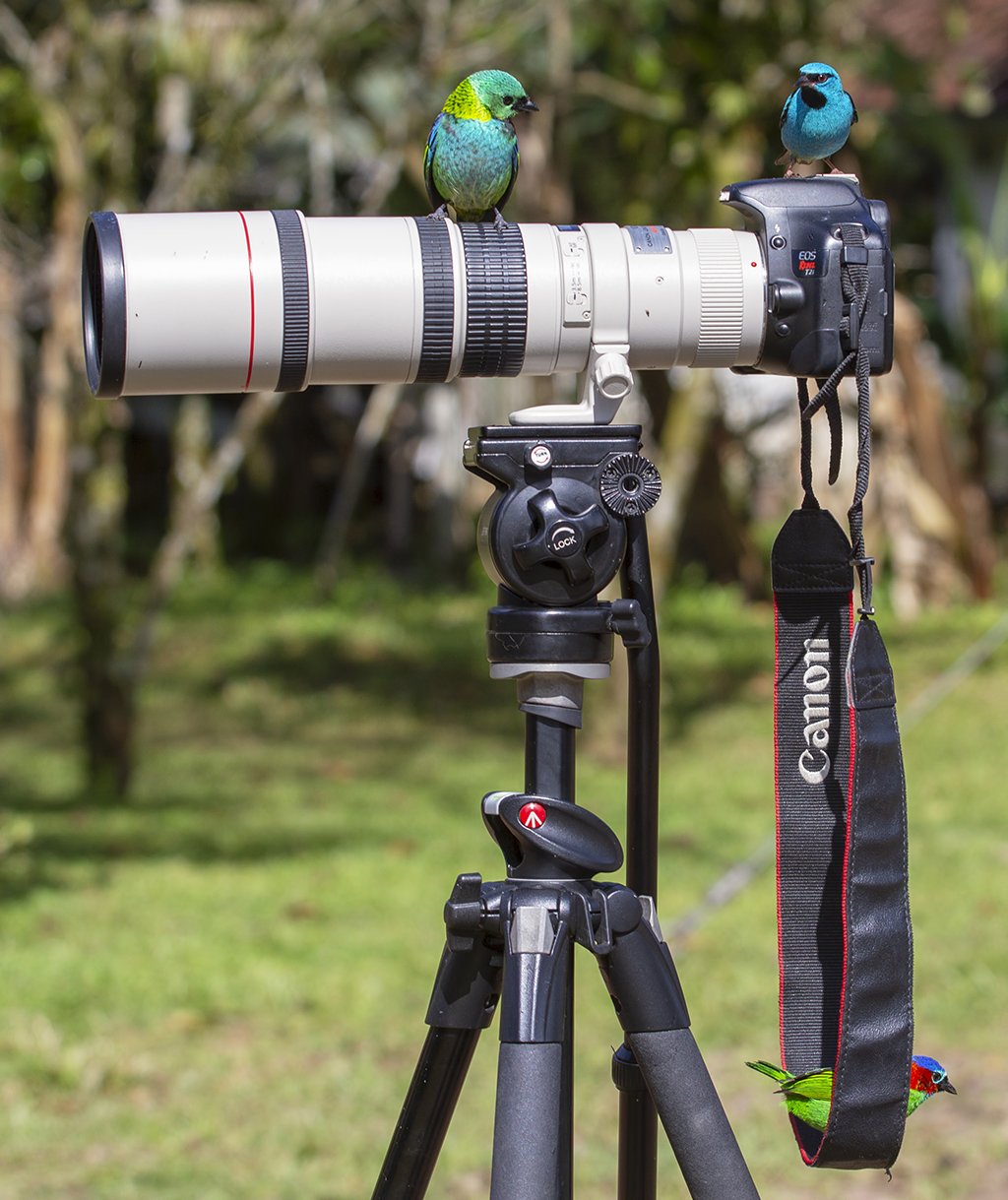 You can find more of Itamar Campos’ images on Facebook and Instagram. All images shared with permission.